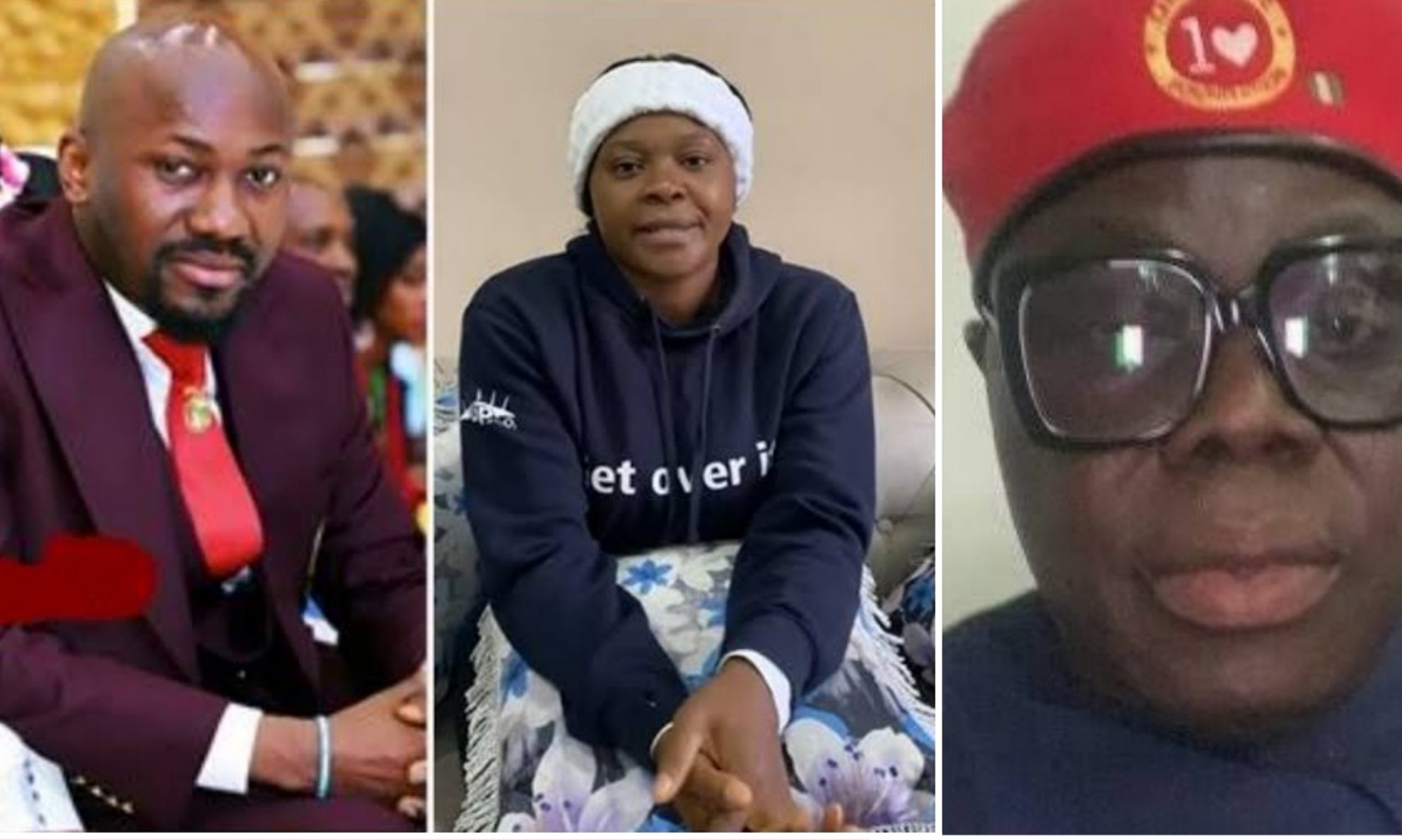 According to the young actress, who recently got baptised at Redeemed Christian Church of God, the general overseer paid her over five hundred thousand to sleep with her.

The actress further revealed that she had no idea that the man of God was quite prominent at the time she had intercourse with him. She also stated that her public confession came after her spirit continued to torment her, and she needed to restitute for her sin.

She further went on to advise young women who may have committed such sin in the past to seek God for forgiveness and mend their ways.

I grew up in a society of crime, but stuck to my dad’s legacy of honesty and hard work- Patrick Eholor

Sharing the video on her Instagram page, she wrote;

‘‘Dear @lyndaclems, I have to tell the world about that hookup you arrange between @johnson_suleman_official and myself on the 20th November 2016 in a hotel at Ikeja, the apostle secretly gave me his number and we had a second meeting at oriental hotels Lagos. I’m sorry my conscience can’t hold it anymore. I encourage you to tell the truth as a mother and a Christian, to put the devil to shame and save millions of souls been misled… To my family and friends, I am sorry,don’t judge me 🙏🏾 please pray for me so the light of 🌕 God will continue to expose every works of darkness in my life and the church of God…”

Reacting to the allegation, Eholor urged Suleiman to stop bringing shame to the body of Christ through his repulsive actions.

He advised the clergy to imbibe the exemplary lifestyle of Jesus Christ who is a model to all christians by practicing the teachings of Jesus Christ.

According to him, the action of the clergy was drifting away from the teachings of Christ noting that some pastors of this generation has failed christianity and humanity through their disgusting and shameful actions.

“The satisfaction of the church was the welfare of members and the success of the church was seen in the number of lives touched and it therefore offered safe haven to people in various distress situations such as those needing food, clothing, accommodation, financial relief, treatment of debilitating illnesses such as leprosy and mental disorders and several others.

“As the church ministered to the needs of members and their lives got better they brought the proceeds of the works of their hands in form of tithes and offerings to God at Sunday services, thanksgiving and harvest ceremonies. With these, more cathedrals, mission schools, orphanages, maternity homes and farms were built.

“But it is a different case today; Apostle Suleiman in particular is always in the news for the wrong reason. This same Suleiman had during the pandemic told the world how he got a third private jet and was praying for the virus to remain.

“Victims of rape often feel that no one would believe them if they told people about their ordeal. For a victim, finally having someone who knows the truth about their struggles can bring a sense of hope and relief.

“Offer the victim these assurances:

I believe you
This is not your fault
You don’t deserve this.Validate the Victim’s Feelings
It’s not unusual for victims to express conflicting feelings about their their situation. These feelings can range from:

“Guilt and anger
Hope and despair
Love and fear
If you want to help, it is important that you validate her feelings by letting her know that having these conflicting thoughts is normal. But it is also important that you confirm that violence is not okay, and it isn’t normal to live in fear of being physically or sexually abused.

“Men and men of God, we have to stop victimizing the women; Let’s give them our full support so they can express themselves freely.

“They are some very good pastors out there, learn how to do good instead of reading verses from the Bible you do not understand.

“Let’s worship God in truth and spirit. Together we can stop the brain wash that our ancestors are our problem in Africa. Those who brought Christianity to us in Africa treat us as slaves, I have never seen them disrespecting their ancestors. We should retraced our history back by loving our neighbors the same way we love ourselves.”