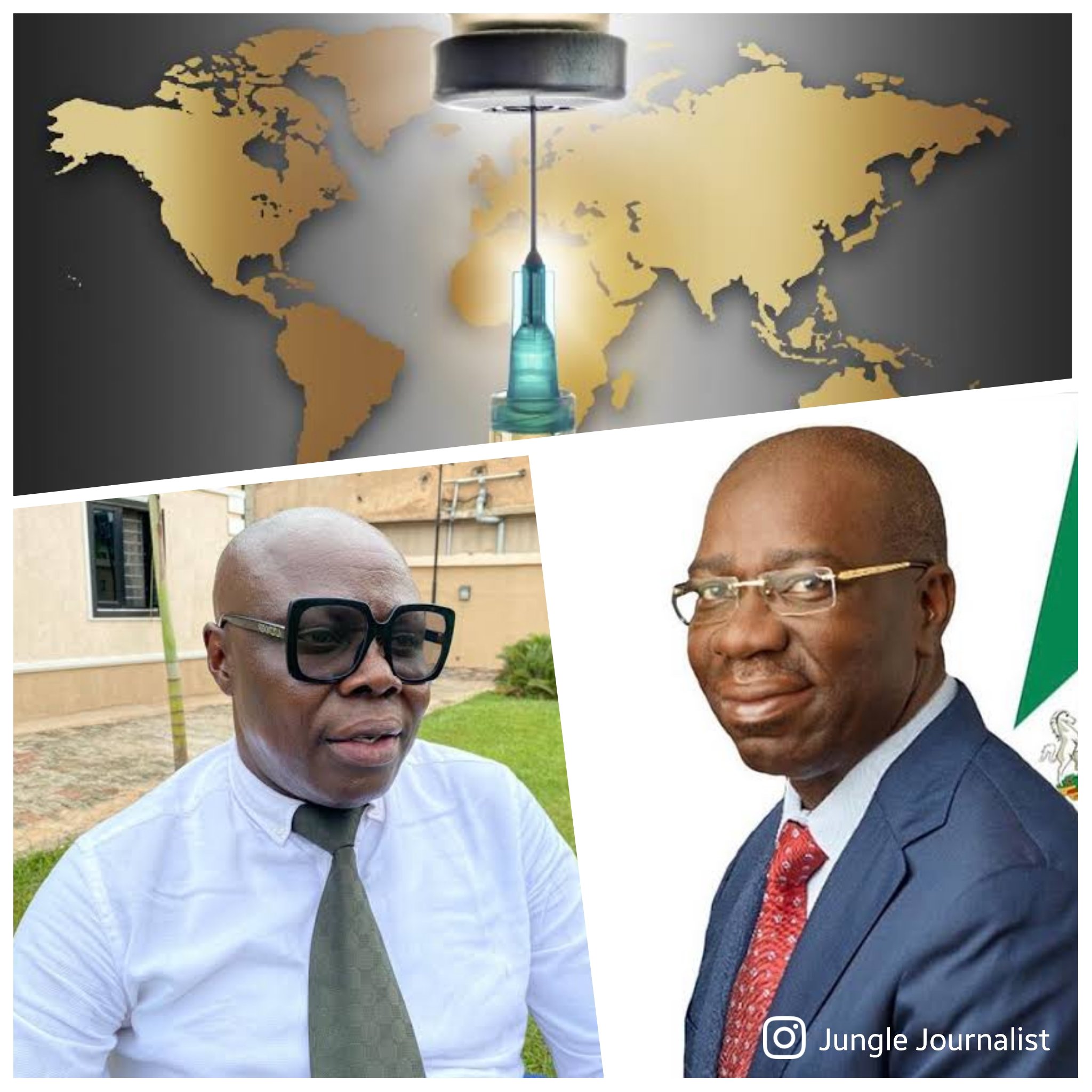 A social rights activist and son of Edo State, Chief Patrick Osagie Eholor has condemned the recent threat by the Edo State Governor, Mr Godwin Obaseki to stop citizens from church services, use of banks and public gatherings unless they were vaccinated.

Eholor who is also goes by the alias ‘Ultimate Equals’, in a telephone interview from Canada, argued that the governor has a lot of challenges to tackle, other than haranguing the people over Covid-19 that is presently inconsequential in the lives of the Edo people.

The founder and president of One Love Foundation, who said he was disappointed over the Governor’s inactions about kidnappings in the state, urged him to handle insecurity squarely, and form a proper cabinet to enable him govern the state more effectively.

His words; “Governor Godwin Obaseki should not test the will of an angry Edo people. At a time when kidnappers are having a field day on Lagos highway, Auchi highway and in our forests, when Fulani herdsmen are raping our sisters and mothers and killing our brothers in their farms, he is busy looking for who took vaccines and who didn’t.

“He horded palliatives when he locked down the state, and promised to provide palliatives to the people who have become hungry. He hid the palliatives from the people and they were even shot at and killed because they discovered it and tried to quench their hunger.

“What has the governor done lately for the Edo people, either by creating jobs, or giving them palliatives, what has he done for those whose homes have been swept away by erosion?

“What has he done about the incessant robberies and cultism? Every other thing that is wrong in this state, what has he done, how has he tried to address it?

“He wants to do copy and paste as usual and tell them he is working, and then dip his finger into the cooking jar and collect money from the European Union, and from the United Nations to tell them to assist him with Covid-19 palliatives.

“Why has he not created his EXCO? Don’t he think his commissioners would have been useful at this time? Why has he refused to appoint members of boards to assist in the governance?
Why does he think he has to be a sole administrator when he knows it’s not contestable, that we duly elected him?

“We did not vote for a Sole Administrator. Call for Local Government elections now. You can fool somebody sometimes, but you can’t fool all the people all the time.

“We therefore say no to forceful vaccination in Edo State.
When they brought palliatives, they didn’t force our people to be palliavated.

“Kidnapping is now a lucrative business in Edo, and they are handling it with kid gloves. We say no to forceful vaccination in Edo State.