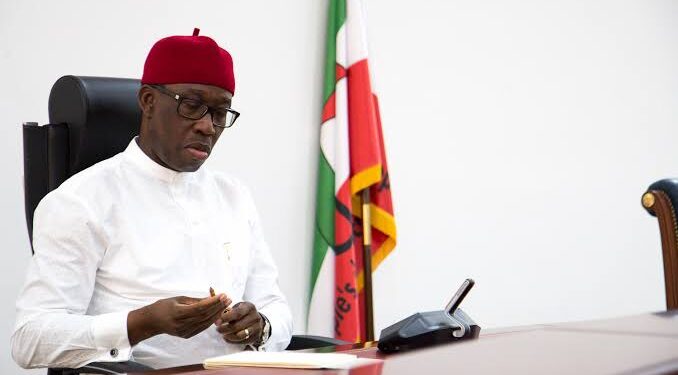 Delta Governor, Sen. (Dr) Ifeanyi Okowa, said adherence to his fiscal discipline and superior planning accounted for the successes recorded by his administration in the last six years.

Okowa stated this in an interview with select journalists in Asaba on Saturday.

He said that his administration’s success during the period was borne out of greater coordination in administration and superior thought-process.

Okowa said that following the devaluation of the naira over the years, there was less value the naira could impact on projects.

He said, “In the past we had bigger budgets and greater value for money because the naira was relatively strong at N180 per dollar compared to now we are at N492 to a dollar with a budget of N300 billion per annum.

Delta boils as four are killed in secret cult clashes

The governor attributed early passage and implementation of the State’s budget as part of the drivers for his administration’s success story.

“Our budgets are signed by December so that we are able to use the window of January to mid May to do most of the construction jobs.

“When you prepare your funding for that level it helps you because if the budget is such that comes out late, it means that you will contend with the rains to deliver projects.

“And, such situation often comes with escalation of prices and there may be a lot of wastes during the raining season, but we have tried to provide an administrative coherence that enables us implement projects delivery in the dry season.

“We also ensured that in all our costing we had value for money and this is very important. They are doing some upscaling in pricing because of the devalued naira but relatively, it’s done in such a way that we have improvement which means the gains as expected by the contractor is reduced such that everybody takes the pain.

“But, most of the contractors have found that their relationship with government is such that they can be sure of receiving some money at some time to continue work; they have not grumbled about it.

“They have cooperated with us and we have given jobs to those who are capable and they have been able to have our projects done.

“This strategy has helped us very well but it requires a lot of prudence, a lot of thinking and time to be able to get all these things done so I constantly breathe on my commissioners and permanent secretaries and I continue to monitor their activities to ensure that we get value for money.

“That we are just able to cope up is actually out of superior thinking,” he added.

On the remaining two years in his tenure, Okowa assured Deltans of his continued drive to work till the last day to provide a stronger Delta .

“I want to reassure Deltans that by God’s grace I will work till the last day. That does not stop me from playing politics. I was elected to provide services and to govern in such a way that I make impact on the people.

“All the programmes that we have we will continue to steer them on course, particularly the entrepreneurship programmes. We will still focus on infrastructural programmes.

“We are beginning to slow down on brand new large projects so that we will be able to see all those that are ongoing to fruitful end except where those large projects become extremely necessary.

“These are projects like those we will have to undertake in the three new universities we have created to enable them have good take-off and accreditation.

“We will continue with those projects but for the entrepreneurship programmes we will run them continously until the end.

“For every other programmes that we have, we will continue to stay on course to ensure that what we promised the people we are able to achieve it at the end of the day,” he said.

Okowa also assured that his administration would continue to stay on course in areas in health, agriculture, education, saying “we will continue to ensure that we remain focused to provide the needed programmes and trainings to enable us have the various functionality of the institutions that exist under those ministries.

“Politics tends to be distractive and I know that, but I know that by God’s grace I have the capacity to manage the two and I will not like the two to suffer because I would have failed.

“So, I must stay on course but I will not also abandon politics,” the governor stated