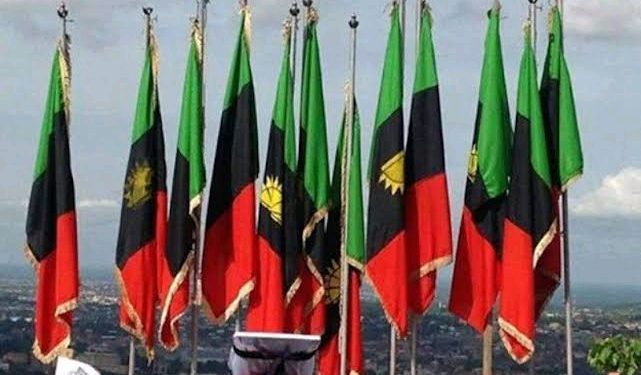 17
SHARES
168
VIEWS
Share on FacebookShare on TwitterShare on WhatsApp

Men of the Nigerian Police, Enugu command, Sunday arrested not less than 57 members of Biafra Zionists Federation, BZF, in the state.

According to a report, they were picked up on Sunday morning shortly before the commencement of their Biafra Day parade.

Leader of the group, Barr. Benjamin Onwuka claimed that policemen from Ogui Division stormed their meeting venue and whisked his members away.

In a message he sent out on Sunday, the self-acclaimed BZF leader said “they arrested 57 of our members this morning. We were preparing to go for our Biafra parade.

“We are non-violent people, we are peaceful agitators. They should be released immediately, unconditionally, without charge, they committed no crime. “We have informed the United States of this development,” he claimed.

Onwuka had few days ago announced that they would storm the Michael Okpara Square, Enugu, today, for a Biafra parade.

The spokesman of Enugu State Police Command, Daniel Ndukwe, when contacted confirmed the arrest and said, about 54 members of the group were picked because of the way they had gathered, stressing that they were taken to the Command headquarters, addressed on the need to maintain peace and left to go immediately.

“There was no such arrest. Rather, 54 persons were seen to be unlawfully gathered at Owerri Road, Ogui, New Layout, Enugu and were brought to Headquarters for questioning. After nothing incriminating was found on them, the CP addressed and cautioned them to go home and maintain peace. They all left happily”, he said.