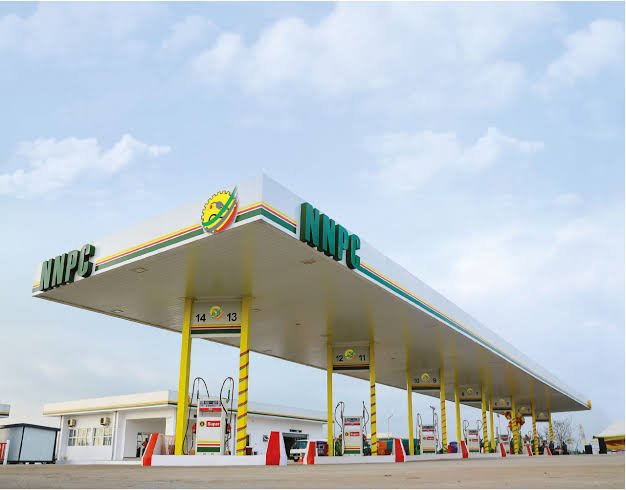 Abia State Governor, Dr. Okezie Ikpeazu has assured of the readiness of the State Government to partner with the Nigerian National Petroleum Corporation (NNPC) to facilitate easy flow of petroleum products from Abia State to other parts of Southeastern region of the country. The Governor made this known during a stakeholders meeting held between the state government and top management team of the NNPC.

The Governor identified three key areas which will help mitigate pipeline vandalization in the State.

According to him, there was the need to cooperate with management of the NNPC in these key areas to ensure lasting peace that will in turn guarantee free flow of petroleum products within the region.

The key areas the Governor mentioned included the need to provide logistics around moving petroleum products into the depot at Osisioma and further conveying them to various parts of the Southeast. The Governor said with adequate logistics available, the difficulty encountered during movement of products into the depot and conveying them to other parts of the Southeast and even the nation would be addressed.

While identifying the Osisioma Road as a key enabler to guarantee free flow of petroleum products, the Governor said his administration has done some interventions in the road leading to the depot.The State Chief Executive restated his government’s commitment to fixing the road completely.

“We are rebuilding the Osisioma Road using rigid pavement technology. This very road is key to our people.


Fuel subsidy scam: House of Reps to investigate over 200 accounts operated by NNPC from 2013

“We had noticed that the road to that depot, which is a federal road, was bad and we intervened by hiring Willangy Construction Company to reconstruct it using the rigid pavement technology for the first 3km leading to the depot in order to ensure smooth transportation of products by articulated trucks. We also tried to do a drainage to take away storm water from it but the federal government then awarded same road for twice the amount of money we awarded it to another contractor and we’ve been going back and forth to Abuja to resolve the issue even to the point of asking them to allow us do even if just the first 3km with rigid pavement. I am hopeful that very soon we will resolve the issue as I am not asking for refunds but rather asking them to allow us repair that road for the benefit of our people and for the protection of the strategic national infrastructure. I am hopeful we will resume work on that road very soon”, he said.

Other areas identified by the Governor was pipeline vandalization. He called for innovative measures to be taken to protect the pipelines. The Governor urged management of NNPC to engage local communities in protecting the pipelines. This he said would make the people own the facilities and prevent incessant vandalisation by unpatriotic elements. He also urged the NNPC management to unbundle the pumping of petroleum products to prevent bunkering.

Governor Ikpeazu then used the occasion to call for greater presence of PPMC & NNPC in Abia State. “Abia as an oil producing state should have more presence of NNPC and PPMC to encourage people participation and support”, he said.

He called on the Corporation to be more responsive to the needs of host communities so the people can always have a sense of belonging.

On his part, Engr Adeyemi Adetunji who represented the Group Managing Director of NNPC, Mele Kyari, expressed appreciation to the government and people of Abia State for providing a conducive environment for the operations of NNPC in the State and called for further improvements to ensure total cessation of pipeline vandalization along the Abia segment of the Port Harcourt-Aba-Enugu-Makurdi pipeline. He stated that NNPC is willing to work with the state, communities and other stakeholders to ensure a full return of operations at Osisioma Depot.

According to him, “We are happy to note that in recent years the severity of challenges to the security of the pipeline has reduced but we must collectively work harder to totally end incidents of product loss as a result of the activities of vandals”.

He informed that Port Harcourt rèfinery rehabilitation has started and will be completed by 2023.

Participants at the meeting which held via Zoom include the Deputy Governor of the State, Rt Hon. Ude Okochukwu, the Secretary to the State Government, Barr. Chris Ezem, the Commissioner for information, Chief John Okiyi Kalu, Commissioner for Finance, Dr. Aham Uko, Commissioner for Justice and Attorney General of the State, Barr Uche Ihediwa, the Special Adviser to the Governor on Diaspora Affairs Dr. Mrs Ngozi Erondu, the Chairman, Osisioma Ngwa Local Government Area, Dr. Christian Kamalu, amongst other government officials.