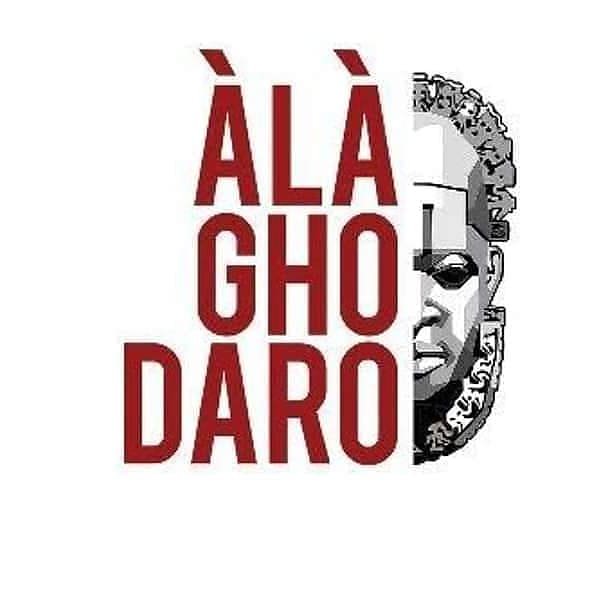 The annual jamboree created by Governor Godwin Obaseki called Alaghodaro summit has continued to raise negative concerns among Edo people as their taxes are wasted with no goal achieved.

Alaghodaro Summit, a major “wake and see policy”, started in 2017 and is now in its fifth edition. Wrongly labelled an investment summit it has merely served to highlight the blunders of the governor on his anniversary in office.

Given its mission statement at its inaugural edition in 2017, it looked then that the Edo State Government unveiled an economic blueprint fashioned after the Economic Growth and Recovery Plan (EGRP) of the Federal Government of Nigeria. The blueprint had a 168-page EGRP document that covered the years 2017 to 2020. It has been described by economic experts as a well-articulated set of guiding principles for the economic management of the State. However, how has this supposed magical plan turned the fortunes of Edo state four years after?

It is worthy of note that at the 2017 Summit, Governor Godwin Obaseki claimed to have showcased ambitious agricultural programmes that gave birth to the Edo State Fertiliser and Chemical Company, which was commissioned by Vice President Yemi Osinbajo in Auchi. The objective of the plant was to boost the local production of fertiliser in Edo state.

According to their bogus assertion, the Edo State Fertiliser Plant and Chemical Company Limited is a public-private venture which has the capacity to produce about 60,000 metric tons of fertiliser per annum. We may then ask, how has this been achieved since it was proclaimed?

Also exhibited at the investment summit in 2017 was the Edo State Saro Farm in Sobe, Owan West Local Government Area of the State. Governor Obaseki had said then that the maize farm was part of his administration’s accelerated agriculture initiative to boost job creation in the state. He boasted that at least 50,000 agricultural jobs would be created before the end of the year after the summit.

According to him, the first phase of the initiative targeted job creation for 1,000 farmers through the cultivation of 5,000 hectares of maize farms across five local government areas of the state.

Unfortunately, like the other lofty promises, 4 years later, what are the testimonies from the much celebrated Saro Farm at Sobe?

Similarly, the much talked about Edo Industrial Park which Obaseki said has received positive reviews by development analysts, is today comatose nothing on ground suggestive of an ambitious project. The proposed site has been overtaken by weed, indicative of abandonment.

Another white elephant project of Governor Obaseki is the AMES Edo Truck Transit Park which the Governor claimed was borne of public private partnership agreement (PPP) between the Edo State Government and Atlantique Marine, for the construction of a modern Truck Transit Park (TTP) located in Benin City. It was said to be designed to conveniently accommodate about 1000 trailers on rotation basis. The park was too also serve as a public rest area located off the road to provide a temporary rest location for truck drivers on a long drive.

Another PPP example is the construction of an Inland Container Depot (Dry Port) in Benin City, also facilitated by the rather opaque Atlantique Marine. The objective of the project is said to bring shipping activities closer to manufacturers so as to drive industrialization in Edo State and neighbouring states. The project was supposed to have been completed by 2018 – three years ago, and upon completion was, expected to a Custom Port and approved and designated by the federal government as a Port of Origin and Destination. Like the others, the proposal seems to be stuck in the pipeline, with no hope of seeing the light of day.

During the 2018 edition of Alaghodaro summit, Obaseki paraded his administration’s achievement in the education sector that revolved a yet to be understood idea called Edobest program. He announced that Edo teachers, numbering 7,000 are today active participants in the global digital space, conducting classes with digital devices loaded with academic instructions for primary school pupils.

With the unaccounted investment of Billions of Naira into the Edo Basic Education Sector Transformation (Edo-BEST) programme, EDSG still claims they have produced over 7, 000 digital teachers with impressive learning outcomes in public primary schools across the state – my question is, why does the reality on ground betray their misleading propaganda?

Sadly, most schools in Edo state, lack the adequate number of teachers, while pupils and students receive lessons sitting on bare and dirty floor. A vivid example of this regrettable scenario is the three schools in Igbanke like many other communities across the 192 wards, which still lack a lot even with the noise about EdoBEST achievements. The Igbanke Grammar School; Igbanke Mixed Secondary School and Omolua Mixed Secondary School have no Mathematics and Science teachers.

Also at the 2018 summit, regarding his achievements in the health sector, Obaseki said efforts were being made to revamp 200 healthcare centres across the State. But again the reality today, remains that most communities in Edo State lack good health centers. Where there are structures that are called health centers, there are hardly basic health facilities and personnel. Instructively, the state owned Central Hospital is currently in shambles. Meanwhile, the Stella Obasanjo Hospital has been converted into a mortuary with little or nothing on ground.

In spite of the obvious distance between promises and performance, the governor has said that the State has witnessed tremendous progress in the areas of infrastructure, quality education and job creation, with a policy strategy linking job seekers to trainings and employment opportunities, which have culminated in the creation of 77,200 jobs out of the promised 200,000 jobs. On this particular issue, one would begin to wonder who actually got these opportunities, no be juju be that?

In 2019, the organizers of the third edition of the Alaghodaro Summit posited that the event was to evaluate the progress made by the administration and make projections for the future. This assertion actually bamboozled me because, I keep wondering what’s on ground to really appraise or evaluate? Is it the bad roads littering the state?, insecurity or his timidity in the management of the state affairs?

Coming to the 2020 edition of Alaghodaro Summit, Obaseki bragged about the progress recorded with Benin Enterprise and Industrial Park, which development he claimed was ongoing including the Benin River Port and the Utesi Industrial Cluster.

What is the progress so far with these developmental rethorics?

Currently, Edo State is ranked the worst performer in terms of accountability in the management of public finance, scoring 3 per cent of the required information in an assessment report (for 2018 fiscal year) that was conducted by the Institute of Chartered Accountants of Nigeria (ICAN).

Edo State scored 5 per cent in 2018 in the same survey but dropped by 2 points in 2019. In terms of non access to information to rate the state’s handling of state funds, Edo State was rated 97 per cent in 2019, and 95 per cent in 2018, while some states like Rivers and Adamawa which recorded 2 per cent each in 2018, recorded significant improvement in public fund management by 37 per cent and 11 per cent respectively.

There is great concern about how accountable and prudent the Governor is in the management of our financial resources. In the past administrations, especially during Oshiomhole’s government, details of spendings were published in the state’s website for citizens to follow and access the progress of governance.

It baffles me and a lot of Edo people that till now the current administration can’t tell us how much has been expended through the white-elephant project called EdoBEST and other projects which are only seen on the pages of newspapers.

In summary, the non achievement under the Obaseki administration is so unprecedented. However, as the journey towards the attainment of a better Edo remains a long walk, one can only wait patiently for this plague which has befallen us to come to an end in the next three years of uncertainty.

2023: Neither Atiku nor Tinubu can fix Nigeria – Ango Abdullahi