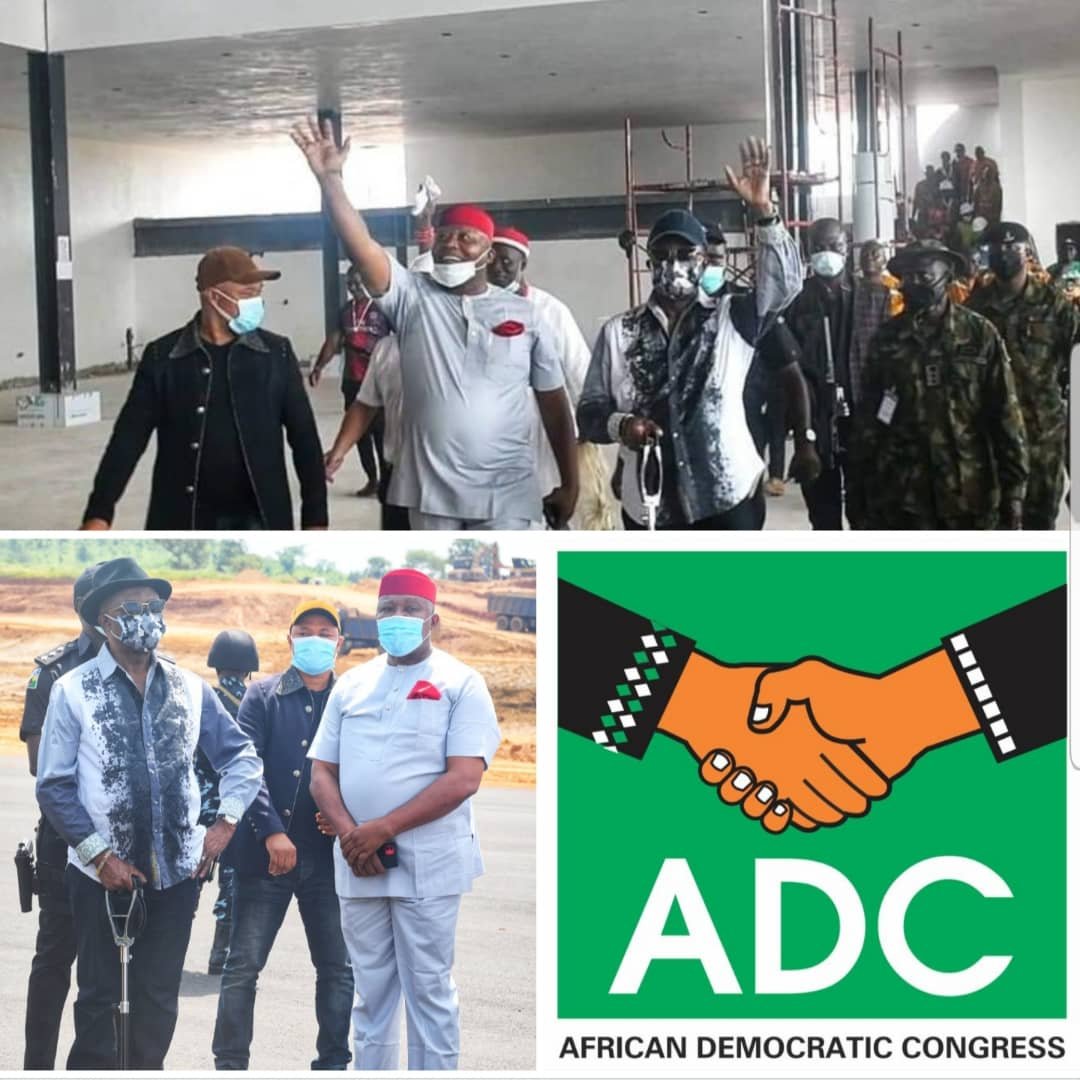 The amiable governor who hosted Nwankpo to a lavish dinner with pomp and pageantry had undertaken on-the-spot assessment of the ongoing works at the new Anambra International Cargo/Passenger Airport with Nwankpo where the latter told the world that what he met on the ground showed that Gov wiliie Obiano had Anambra at heart.

It would be vividly recalled that the APGA governorship screening committee disqualified Nwankpo grossly based on trumped up allegations bordering on membership eligibility to contest the governorship ticket of the APGA. Nwankpo in his kindest ways remained unperturbed, but sought for a peaceful appeal to reverse the injustice meted out to him. When it became glaringly clear that the Ozonkpu Victor Oye led APGA NWC was hellbent on stopping Nwankpo, he tearfully yielded to the harshest decision of exclusion. In the face of humiliation, intimidation and provocation, Nwankpo dejectedly crept through the door like a wounded lion and moved on to the African Democratic Congress(ADC) a platform he considered best to pursue his gubernatorial ambition.

In ADC, he was warmly received and encouraged to trudge on. Like a flash on the pan, hope was restored, and the passion to serve rekindled. Thanks to the indefatigable National Chairman of the ADC party Chief Okey Ralph Nwosu, the man who invested hugely and helped build APGA from the scratch, one who led the battle to rescue Anambra from the firm grip of PDP political marauders, as it were. Today, the principal beneficiaries of Chief Nwosu’s huge investments during the gestation period of the APGA are massaging their flappy ego running about town with borrowed robes, laying false claims on the fruits of other people’s labour. Will they acknowledge and appreciate this, or perhaps, chosen to remain ungrateful? Only time will tell it all. Memories!

If you are one of those people who feels being a good human being with a great heart and compassion for all is most important, join Nze Akachukwu Nwankpo at ADC and get inspired with positive thoughts on how best to consolidate and improve on the good works of our heroes past, and leaders present. Once again, time is upon us to make our darling state rise and shine; to take its rightful place as the ijele of Africa. An ADC led government will restore the voice of the people; the dignity of Anambra and ndi Anambra. Yes! With a good hearted person in the mold and likeness of Akachukwu Nwankpo, Anambra families will surely witness tremendous relief.

According to the great scholar Mehmet Murat Ildan “A good heart is a beautiful home where you can always find peace!”. Most reassuringly, ndi Anambra will experience a new lease of life with Nze Nwankpo as their governor. We will, eventually, find peace in the homeland. Truth be told, Gov Willie Obiano Akpokuedike Aguleri made no mistakes, he was absolutely correct with his rich profiling of the only worthy successor, Nwankpo.