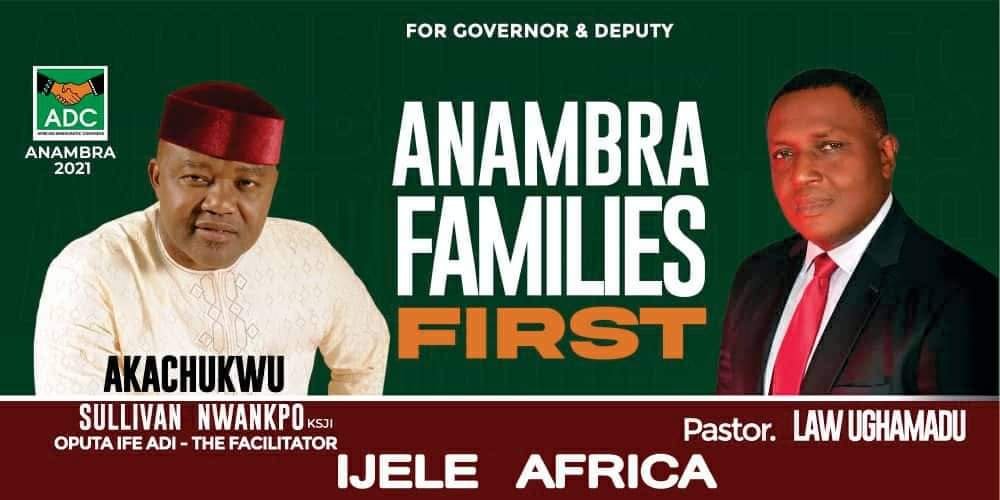 Chief Akachukwu Nwankpo, Candidate of the African Democratic Congress (ADC) has called on the people of the state especially the voting population to get involved in the political process.

He said people should go to their electoral wards which was the smallest unit of the polity and ensure that they registered as eligible voters.

He also said they should embrace and register as members of ADC and become influencers in the sensitisation drive for good governance.

According to Nwankpo, identify your ward, which is the smallest unit of government in politics; the ward is not necessarily your home town but the locality where you will most conveniently carry out your political activities.

“It is also important that you register with INEC as a voter and endeavor to join the ADC in your area, make a choice and align with the manifesto and constitution of our party

“This is very important because decisions are taken in politics based on the majority of opinions, so it is important that you ensure that decisions taken are not to the disadvantage of your interest,” he said.

Nwankpo urged his supporters to always engage in constructive issue based conversations to effect changes and refrain from castigating people in power.

The Candidate who emphasised the need for massive political education among the people challenged them to source current information in newspapers, electronic channels and online to enable them make informed decisions.

He said, “Unfortunately many are political illiterates, you ought to know what you are talking about and be able to hold intelligent and thoughtful conversations about the issues.

“The community respects you when you have better information at hand. Therefore, read widely, read newspapers, and be alive on social media for information.

“Attend your community meetings, build strong networks, be in good terms with local groups, then hold political conversations and invite them to your party, ADC,” he said.