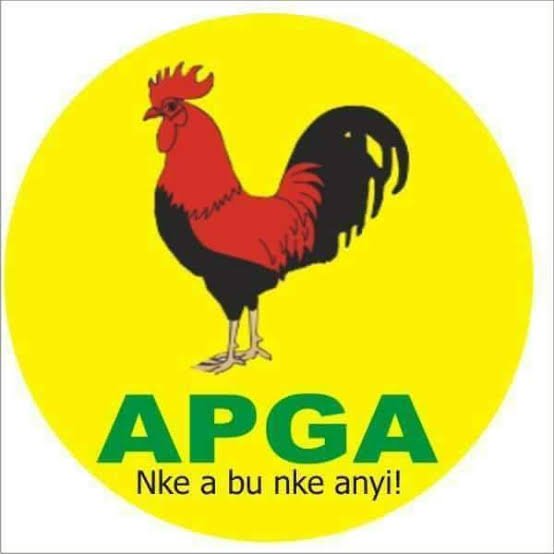 IN a space on one week, the All Progressives Grand Alliance (APGA) endured no less than four judicial pronouncements, which aided the existence of three factions.

The one ruling that sent tongues wagging was the matter between Sopulu Ezeonwuka and APGA at the Federal High Court Awka, in which the plaintiff/applicant prayed the court in Suit No. FHC/AWK/CS/35/2021, to, among other reliefs, recognise Chief Edozie Njoku as the party’s National Chairman.

The plaintiff also urged the Court presided over by Justice Nganjiwa to grant an order of mandatory injunction in favour of Chief Njoku. However, in his ruling, the Judge noted that since the reliefs sought are same as contained in the main suit, it would amount prejudice if the application were granted.

While the court dismissed Ezeonwuka’s application, the Anambra State High Court presided over by Hon Justice C. C.Okaa, refused to extend the application by counsel to Oye, Patrick Ikwueto SAN, to extend the exparte order it earlier granted restraining Njoku faction from conducting a governorship primary.

The State High Court ruling on June 29, paved the way for the Njoku faction to conduct a governorship primary, which threw up the claimant as winner.

In another court ruling, the APGA faction headed by Jude Okeke vacated the injunction from Ororekpe barring it from conducting a governorship primary or interfering in the running of APGA. From Okeke’s faction, a member of House of Representatives, Hon. Chukwuma Michael Umeoji, was returned as winner of the governorship primary.

As at the time filing this report, APGA is on record as having produced three standard bearers for the November 6 poll. But while each claims that INEC accepted its list of delegates and notice of primary, the faction led by the embattled national chairman, Ozonkpu Victor Oye, had earlier produced the former Governor of Central Bank (CBN), Prof. Chukwuma Soludo as its candidate.

While Governor Willie Obiano backs the Oye faction, the Njoku faction believes that when ultimately the Court grants it victory in the leadership tussle, it would be easier to negotiate Soludo’s substitution than if Prince Nicholas Ukachukwu were to win the primary.

Sources disclosed that Njoku resisted Ukachukwu’s ploy to surrogate Sopulu Ezeonwuka, stressing that since he once contested election to represent Onitsha North/South Federal Constituency, there is no constitutional barrier against his running for governor of Anambra State.

It was perhaps sensing the convoluted judgements and counter factions in APGA that the former Special Assistant to former President Goodluck Jonathan, Nze Akachukwu Nwankpo, withdrew his membership after a dubious disqualification by the APGA governorship screening committee.

Barely five days after he announced his decision to abide by the screening committee’s verdict, Nwankpo, moved over to the African Democratic Congress (ADC) an offshoot of APGA. It would be recalled that ADC came into being shortly after APGA founder, Chief Chekwas Okorie, stopped Chief Raphs Okey Nwosu, its founder from contesting the 2003 governorship election in the state.

Being a homeboy, Ikolo Awka, rallied round stakeholders and offered Nwankpu the ADC platform to resuscitate the party as a living alternative to APGA as it lays claim to Nkea Bu Nkeanyi (this is our own) payoff.

Speaking when he paid a courtesy call on the ADC National Chairman, Nwosu, Nwankpo expressed his belief that the “the will of God will prevail in Anambra State,” saying that he was ready to join hands with the party leadership to wrestle power from APGA.

“It is only God who makes kings. I pray that the wish of the people will come to pass. Let the will of God prevail in Anambra state. An ADC government will ensure that all Anambra families benefit from their government. We will provide jobs and public services like healthcare. Our great party ADC will have a New Deal with ndi Anambra. It is time to give the voice back to the people,” he declared.

In his remarks, Chief Okey Ralph Nwosu, said it was hard to believe the charades taking place in the governing party as well as the main opposition parties in the state.

While decrying the murder of internal democracy in the so-called big parties, the ADC national chairman disclosed that before the coming of Nwankpo, whom he described as man of impeccable character, “many aspirants had approached ADC seeking to buy our nomination forms.

“But, when we look at their public records, which is laden with baggage, we simply ignored them. We have a party with clean bill of health. ADC is not a town union party; it cuts across all ethnic divides, with national outlook. ADC is an alternative that treats everybody the same, not special favours.”

Nwankpo emerged as the party’s standard-bearer on June 30, and joined Senator Ifeanyi Ubah of Young Progressives Party (YPP), the two candidates of PDP, three from APGA and the presumptive APC candidate to contest the governorship.

Excerpted from the GUARDIAN