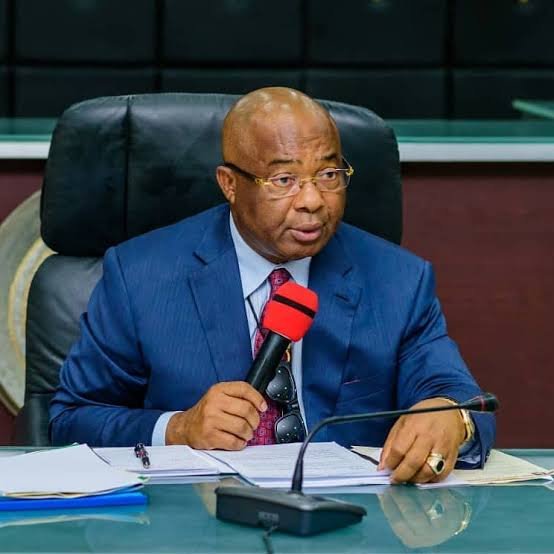 The Imo State government has insinuated that the attack on the country home of the state governor, Hope Uzodinma, In the early hours of Saturday may have been politically sponsored.

The state Commissioner for information and Strategy, Declan Emelumba, in a statement on Saturday, hours after the unknown gunmen caused the carnage, disclosed that investigation had been launched into the attack on the governor’s house in Omuma in the Oru East Local Government Area of the state.

Emelumba disclosed that security men attached to the governor’s house repelled the attackers which he stated wrecked havoc on the building and cars parked in the compound.

The Commissioner who confirmed in the statement that some security men died during the attack, did not disclose the number of casualties.

He, however, stated that the state government had charged the security agencies to swiftly arrest the suspected sponsors of the attack and the fleeing gunmen who carried out the attack.

The statement read, “Gallant security operatives this morning repelled an attack on the Omuma country home of the governor of Imo State, Sen Hope Uzodimma.

“At about 9am today, Saturday, April 24th, a group of hoodlums numbering about 15 driving in a motorcade of three vehicles accompanied by a tipper loaded with used tyres, stormed the country home of the governor in Omuma, Oru East LGA and attempted to burn down the house.

“However, vigilant security operatives attached to the Governor’s house successfully repelled the attack and consequently minimised the damage they had planned to unleash.

“In the crossfire that ensued a few casualties were recorded. Preliminary investigation suggests that the foiled attack may have been politically sponsored

“The government has directed the relevant security agencies to expedite investigation on the incident and promptly apprehend the sponsors and their agents and bring them to justice.”