Biden reverses ban on Nigeria, others, changes several other policies of Trump 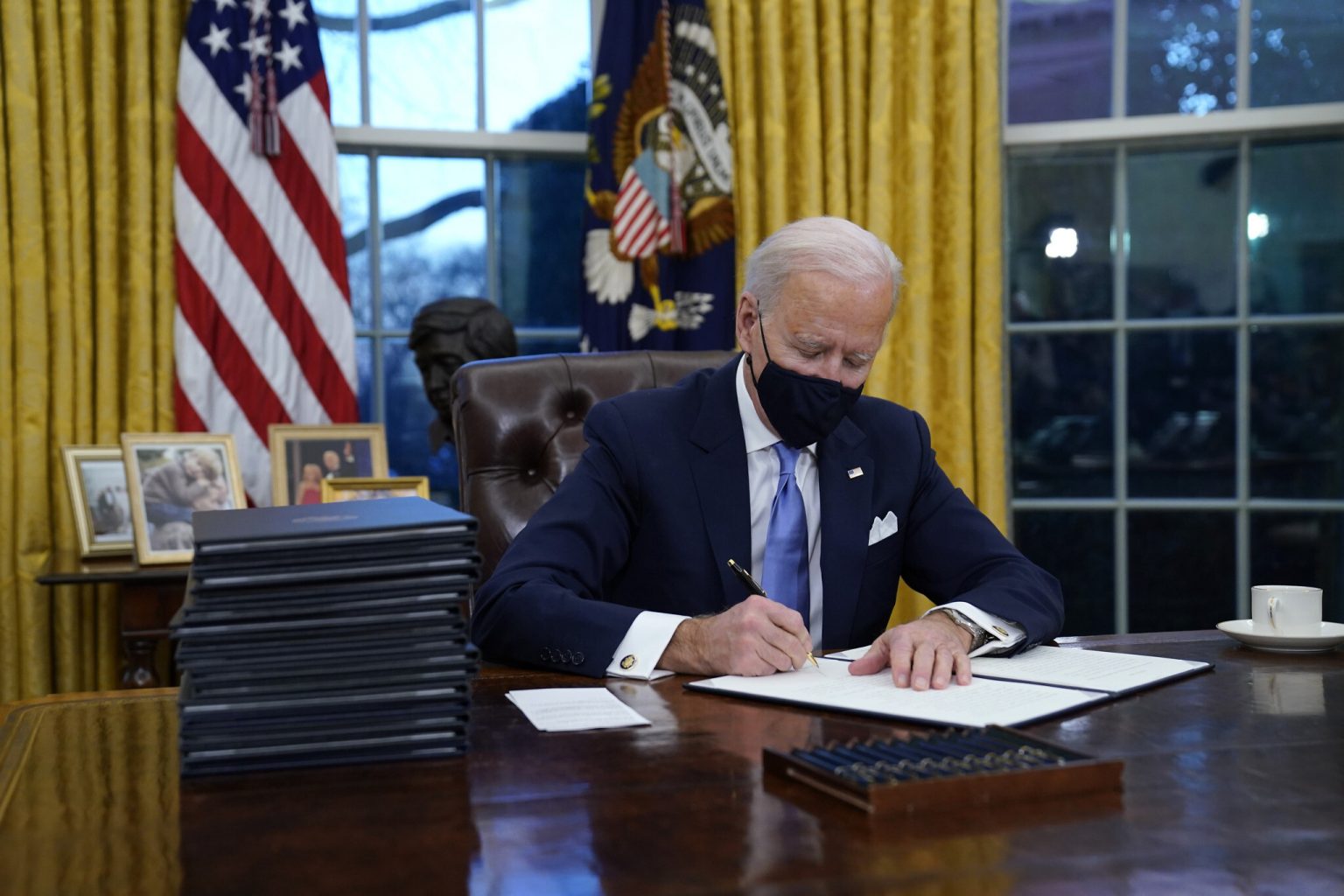 1
SHARES
10
VIEWS
Share on FacebookShare on TwitterShare on WhatsApp

The new President of the United States, Joe Biden started his first day in office by erasing some actions of former President Donald Trump.

Biden canceled the ban which restricted travel to the U.S. from mostly Muslim nations.

At the Oval Office’s Resolute Desk, Biden rolled out 15 orders and two other action items.

Biden has made mask wearing in all federal buildings and during interstate travel mandatory.

“It’s requiring, as I said all along, where I have authority, mandating masks be worn, social distancing be kept on federal property,” the President told reporters.

He also signed orders for America to formally rejoin the World Health Organisation (WHO) and the Paris climate agreement.

Biden is stopping Immigration and Customs Enforcement’s actions that cause family separation.

He has halted construction of the wall along the US-Mexico border.

Two orders aim to provide immediate financial relief to the millions of Americans who have lost their jobs due to the pandemic.

Biden signed another three to address racial disparities and inequities within the U.S. government and its operations.

He inked a decree directing the federal bureaucracy to conduct reviews and isolate any racial inequities in how government resources are allocated.

The administration will roll out a total of 53 executive actions over the next 10 days.

Kanu is one of us, but Biafra is above his capacity to decide- Ohanaeze