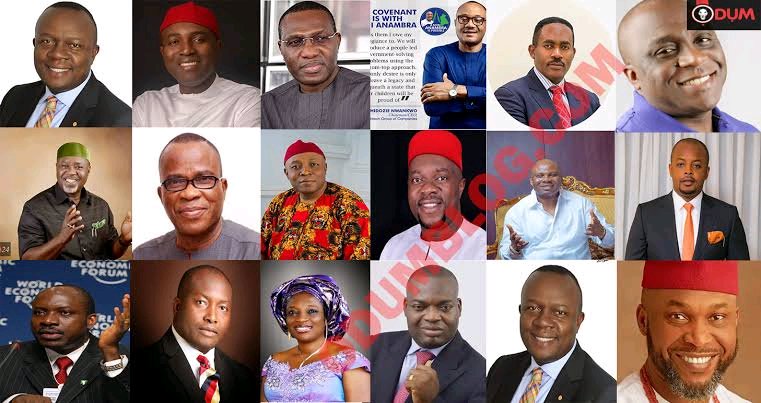 The man, who goes by the alias ‘Onye Ruo Uka Ofu Nanya'(meaning, if you doubt it, you will see with your eyes), stated that although Anambra State seems too close to call in the coming election, he has been told the person who will be sworn in as the next governor of Anambra.

The General Overseer of King of Kings Deliverance Ministry Worldwide in Gbonum Ulepa Ntezi, Ishielu Local Government Area of Ebonyi State said that the ruling All Progressive Congress (APC) and its candidate, Mr Andy Uba has been earmarked to win by God himself.

Speaking with Jungle-Journalist.Com on the telephone, he also argued that contrary to fears, the election will not be disrupted by gunmen or killings.

“I have serious revelations concerning Anambra State elections. My former prophecy was that an unexpected candidate will emerge in Anambra, and the candidate that the almighty God has been revealing to me is that the All Progressives Congress candidate, in the person of Andy Uba will emerge winner in Anambra.

“The almighty God has spoken and wants to favour the young man. He wants to use him to reposition the state and salvage it from the ugly things that have been happening there in Anambra.

“That is what God has been revealing to me.”

On the killings and incessant violence caused by unknown gunmen in the state, Chukwudi said it will not be able to prevent the elections from holding.

“I have released a prophecy before now. God showed me that Anambra 2021 election, and 2023 general election are successful. ‘Heaven and earth shall pass away but the word of the Lord shall never pass away’, according to the book of Luke chapter 21 verse 23. The Lord has spoken to me, whether known or unknown gunmen, the election going on and will be succeful.”

In the past, Prophet Emmanuel Chukwudi has correctly prophesied many election victories as many of his prophecies have bordered on politics.

In 2010, he said that Goodluck Jonathan will become president;

In 2014, he correctly prophesied that Muhammadu Buhari would sack Jonathan. He also foresaw the release of Mazi Nnamdi Kanu from prison and the raiding of his Afaraukwu home by soldiers in 2017.

However, he has also prophesied that Atiku Abubakar would be president in 2019, and that Donald Trump would be re-elected in 2020.

Every DSS officer jostled to handle my case- Chinwetalu Agu

Every DSS officer jostled to handle my case- Chinwetalu Agu