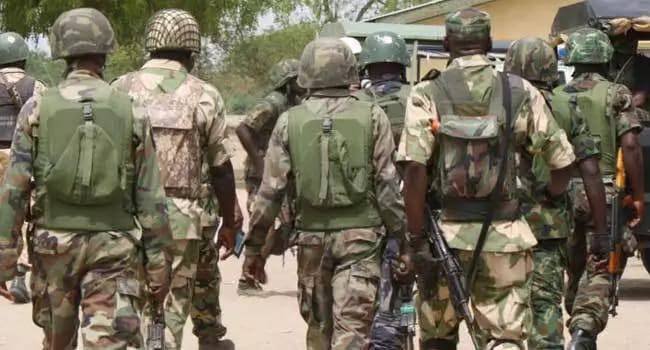 The Igbo Elders Council (IEC), yesterday alleged that over 5000 Igbo youths have been killed and more than 10,000 others, thrown into detention camps in the on-going special security operation in the South East region of the country.

The council comprising eminent leaders from the South East region, met for several hours yesterday in Abuja where they decided to raise the alarm over the deplorable security situation in the South East region. Those who were at the meeting included a former Governor of Anambra State, Dr Chukwuemeka Ezeife, former Minister of Education, Professor Ihechukwu Madubuike, Prof C.E. Nwekeaku, Bar Onwu Arua Onwu and HRM, Eze Ibe Nwosu, amongst others. The controversial security operation, which involves troops of the Nigeria Armed Force and the Nigeria Police Force, was launched about a fortnight ago in a bid to fish out criminal elements behind the recent spate of killing of security operatives and burning down of public infrastructure in the region.

At the onset of the operation, the Inspector General of Police, Usman Alkali Baba had accused the Indigenous People of Biafra (IPOB) and Eastern Security Network (ESN) of complicity in the serial killings and arson, an allegation the groups had since denied.

In a communique released at the end of the meeting, the council drew a nexus between the highhandedness of security operatives and the shoot on sight order given to them by Baba at the commencement of the operation. The current militarization and wide spread carnage in the South East, the group said, have precipitated unprecedented fear, tension and untold hardship on the people in the zone, thereby aggravating the security challenges in the land. The council lamented that in spite of the ban on road blocks nationwide, security agencies in the South East routinely stop motorists at illegal checkpoints, search them in most dehumanizing manner under the guise of fishing out presumed members of IPOB, and ESN.

According to the council, those arrested by security operatives were mainly young males were not charged to court to defend themselves but and were marched away to unknown destinations, most of whom never return alive.