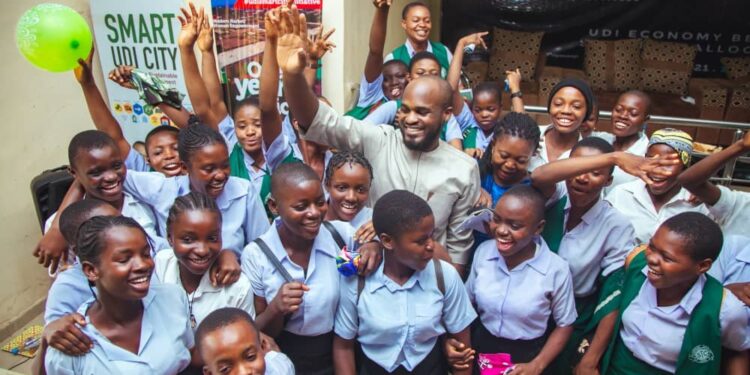 1
SHARES
8
VIEWS
Share on FacebookShare on TwitterShare on WhatsApp

Some beneficiaries of the scholarship given to over 120 students across Udi Local Government Area of Enugu State have expressed gratitude to God for using over the Special Adviser to the Governor on SME Development, Hon. Arinze Chilo-Offiah to assist them.

Chilo-Offiah, a philanthropist who celebrated his 33rd birthday on 3rd May 2021, had used the opportunity to extend his benevolence to over 123 indigent students of Udi by giving them scholarship, as a way of giving back to the society.

Speaking to newsmen, some of the recipients described him as godsend to the people of Udi.

According to one, “Hon. Arinze Chilo-Offiah has given hope to us.”

“He has shown us that governance is about reaching the needy at the grassroots level and we thank God for a gift like him to our local government.”

They also commended Governor Ifeanyi Ugwuanyi, for appointing a man like Chilo-Offiah, who has used his large heart to help others and positively impact the people.

One Love Foundation rolls out scholarship scheme for Nigerian kids, to launch 1st round in Edo State Dec 24