Home » Law » Customs officers must return to the borders, leave our streets or we revolt —Activist 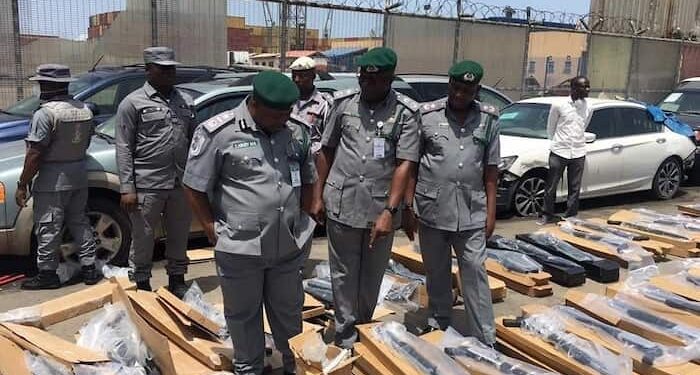 44
SHARES
437
VIEWS
Share on FacebookShare on TwitterShare on WhatsApp

Human rights defender, Chief Dr Patrick Osagie Eholor has come hard on men of the Nigerian Customs Service, accusing them of corruption and misplacement of priority. Eholor said Customs men have no business on the nation’s highways, local roads or streets as they have been designated to man the borders.

Frowning at the extortions he and others have witnessed at Customs check points on the highways, Eholor narrated a sad incident that led to the death of a Europe returnee, and warned that is going to use the law to send the Customs off the streets. He also said if they refuse to leave, citizens who are daily being harassed or extorted will be forced to revolt against the officers and chase them off the roads.

He said “I have approached the court, I am from Benin City, Edo State.

Obaseki and Shaibu cannot be trusted —if there are rumours they want to acquire, demolish NUJ Benin, believe it – Eholor

I have had my own experience. I was at Oluku, after Ekiadolor. There is no border in Oluku, and there is no border in Ekiadolor. We have also seen them in the streets, going after car dealers. On many occasions when they stop me, they say your vehicle is not plated, and I say, that’s true. I have not plated my vehicle. And I will tell them I will do that when I get to the Motor Licencing Office. I have lived in Canada for 35 years, and when you get a car, you get it licenced. If you are from Ontario or Quebec, you licence it with the state’s name. If you are from Calgary, you licence it with Calgary licence plate.

After you have licenced it, you don’t ever see Customs officers in your life. If you contravene the traffic law, the police can stop you, ask for drivers licence or particulars. If everything is okay, they tell you to go.

Many times that I have been confronted by the Customs, they will apologise and say that some Customs officers are compromised and that’s why they are checking.

Why should the Customs admit their officers are corrupt? If you have corrupt staff, why don’t you sack them?

Because you didn’t do your work well, that is why an individual can fool you, and convince you to pay less duty. That doesn’t give you the yardstick to harass people on the road. Customs are supposed to man our borders from what is going out and way is coming in. If someone is going with drugs, Customs have the right to arrest you, hand you to the Immigration, who hands him to the police.

But for Customs to be on our roads, harassing our women, our sisters, our mothers, our brothers is wrong.

My people in Edo State were about to go on rampage against Customs, but I have been calming them down. There was a fatal incident where a Customs officers tried to extort money from our Benin brother who just returned from Europe. That brother was shot and he died.

They went their and were angry and wanted to burn a Customs vehicle. I was the one that saved the situation.

So we don’t want any Customs officer on any of our roads any more. I am going to approach the court, for the interest of the public.