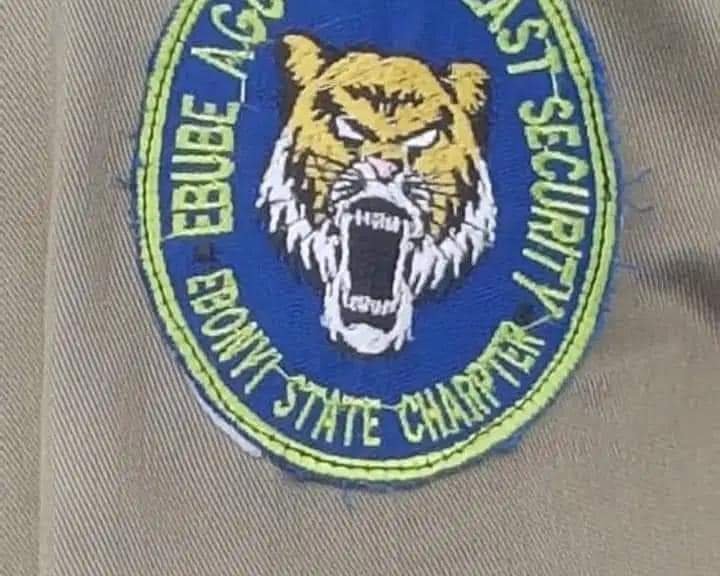 The suspects, who reportedly confessed to the crimes, were arrested at their various crime scenes and brought to Old Government House located opposite the headquarters of Ebonyi State Police Command, Abakaliki.

The Commissioner of Internal Security, Border Peace and Conflict Resolutions, Mr. Stanley Emegha Okoro, confirmed the arrest on Friday. He said no day passes without Ebube Agu arresting crime suspects in the state.

Okoro stated that Ebube Agu since its formation has recorded a lot of breakthroughs, controlling crimes and criminality and restoring peace and order in the state.

One of the suspects, Igwe Paulinus, who hails from Ikwo Local Government Area, said: “I have a gun called 1 Npa, so according to what is happening in Ebonyi State, I decided to bring it out and surrender, that I will not do it again. I will not do anything about stealing again and I promise. That’s why I bring the gun out and I promise, Sir.

“Look at the gun, Sir. The reason I bought the gun was for protection and for now I have quit and I promise, I will not do it again. I have involved in two or three robbery at meat market here. I use to rob phones.

“My friend whom I use to follow and rob have entered prison. I have no one again since then. They have been looking for me on the case that made him (friend) to enter prison.

“I was at the Vanco Junction when I saw them (Ebube Agu) coming. I didn’t run, I stood and surrendered myself to them,” he said.

Another suspect, Ngele Chiemerie, said: “I’m here because we collected someone phone at Nsukka Street, Abakaliki, in front of my house. I have robbed only two times. Forgive me, Sir, I will not do it again.”

One other suspect who gave his name as Chinweuba and hails from Oriuzor community in Ezza North Local Government Area said: “I was sleeping in my friend shop when Ebube Agu security network came in there and arrested us. They said we have been robbing people.

The suspects were later handed over to the police for further investigation and possible arraignment in court on Monday.