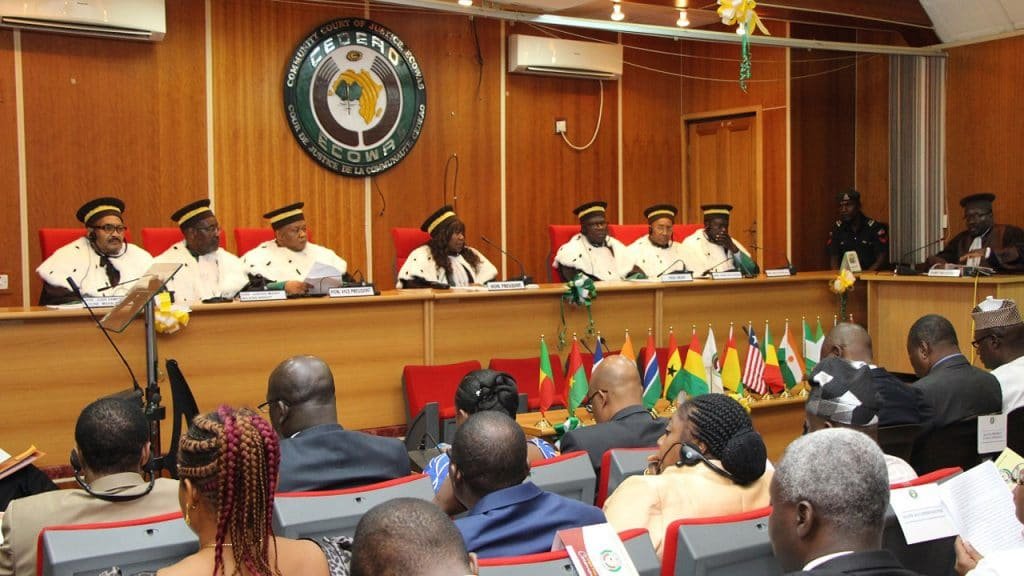 The Nigerian Federal Government on Monday, 5th July 2021, filed a motion on notice at the Court of the Economic Community of West African States (ECOWAS), seeking from the court leave to join all pending suit on #Twitter Ban as a single suit, with same reliefs and same issues, as they are all similar in nature.

Abdullahi Abubakar, a lawyer representing the Federal Government during the sitting, prayed for the leave of the court to consolidate the hearing of the applications.

Speaking on this, counsel to one of the applicants in the cases against the FG at ECOWAS court, Patrick Eholor, Barr Samuel Ihensekhien Junior, stated that by this application of the federal government shows that there exist a trite/solid cause of action against the them and reiterated the position of One Love Foundation once again, that usage of Twitter is in tandem with freedom of information and speech in consonance with different ECOWAS treaty’s and law, he said.

In a new development, the court has fixed Friday, July 9, 2021, to consolidate the suits.

The date was fixed on Tuesday during a virtual sitting via zoom.

The Federal Government had in June, suspended the operation of the medium over alleged contents threatening the corporate existence of the country.

Major applications brought before the court include one by the Registered Trustees of the Socio-Economic Rights and Accountability Project (SERAP), marked ECW/CCJ/APP/23/21.

Others include one brought by Patrick Eholor, through his counsel, Barr Samuel Ihensekhien Junior marked ECW/CCJ/APP/24/21, and a number of other suits.