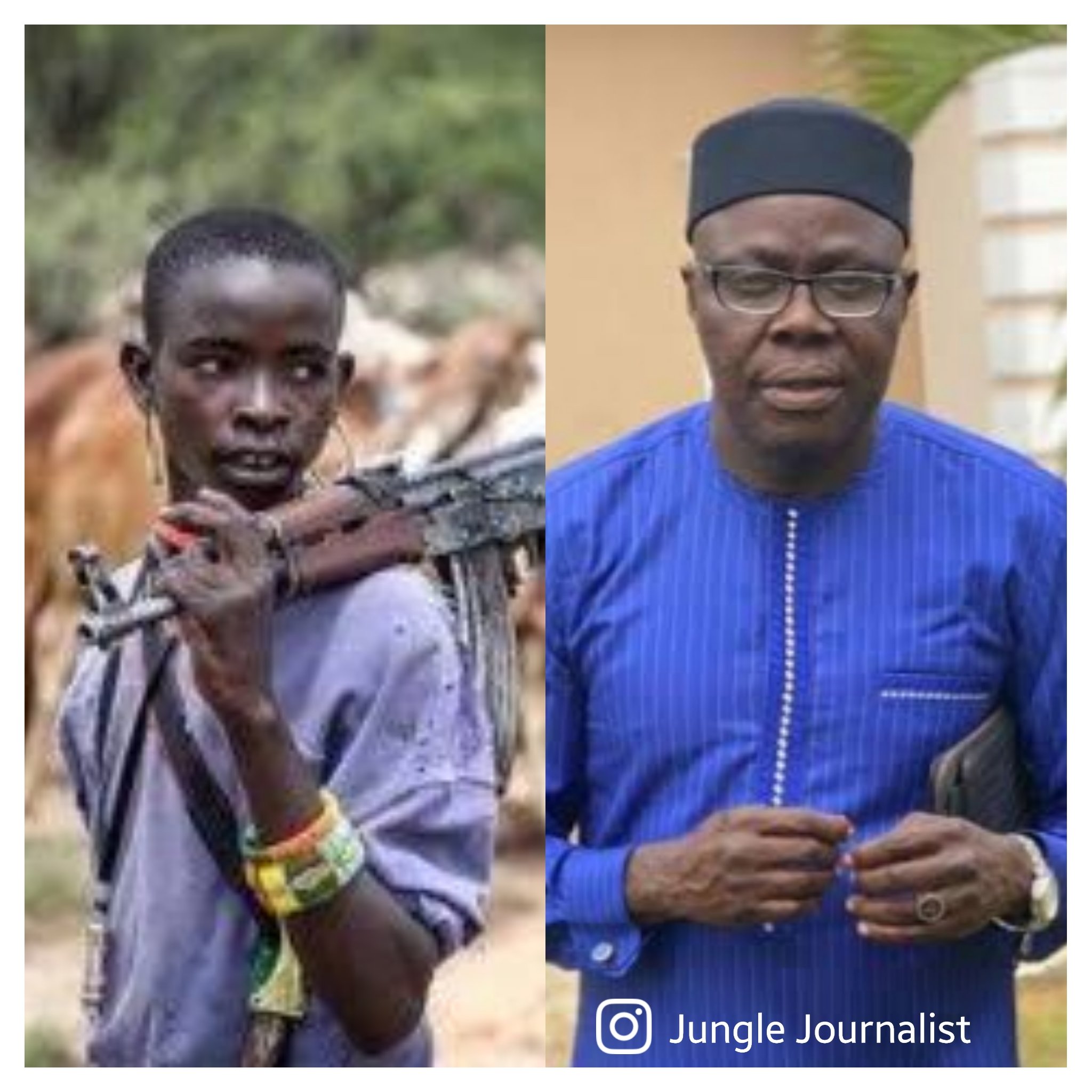 Frontline social rights activist and president of One Love Foundation, Comrade Patrick Eholor has stated that President Muhammadu Buhari must call Fulani herdsmen to order to avoid the looming crises they have created, and a possible civil war.
Eholor in a telephone interview this morning, argued that the Fulani is a minority in population holding Nigeria by the jugular, and must never be allowed to continue to cause mayhem across the country.
Accusing the president’s media adviser Femi Adesina and the Vice President, Yemi Osinbajo of complicity in the ongoing crises in the South West, Eholor, who is also popularly known as Ultimate Equals called for the sack of the service chiefs, and the legalization of firearms for citizens to defend themselves.
His words “General TY Danjuma once said that the Fulani are about 3milliom in population. And it may interest you that we are over 200 million, even though it wasn’t captured by the census commission.

“How can you be allowing 3 million people to be controlling and leading us to doom in this country? Sunday Igboho of Oyo State has said that because the Federal Government can no longer protect them, they are giving the herdsmen seven days to vacate their forests. The Ondo State governor also said the same thing. Unfortunately, Femi Adesina has sold his birthright by keeping quiet while his kinsmen are slaughtered.
“The same goes for Vice President Osinbajo, who is just there doing nothing. We know what a civil war is. We have fought one and know that casualties will suffer from both sides. There is no country in the world that has fought civil war twice and recovered. Look at Somalia today.
“Somali may never recover again. For the sake of peace, for the sake of sanity, let President Muhammadu Buhari drop nepotism and favouritism. Let him know what is right and what is fair, and do it for this country.
“Nnamdi Kanu is also there talking about marginalization. Niger Delta states are marginalized. Ndoma people are being enslaved. I am from South south, Edo. We see a lot of robbery and kidnapping and rape by herdsmen. A video went viral today, where a bus was abandoned along Benin-Ora road. Kidnappers came there and took away the passengers, telling their people to pay ransom.
“It has happened so many times and I am saying that I am tired. Are we living in a banana republic or are we still living in a country? In order for us to take our country back, I think President Muhammadu Buhari has to show respect for the rule of law.
“It also is worthy to note that the issue of self protection can never be wished away. It is a universal law that people have to protect themselves. So if President Muhammadu Buhari can no longer protect us, if he can no longer trust his government, if we are at the mercy of criminals, the we must be allowed to carry guns, and other weapons to protect ourselves. Enough is enough. Nigeria is sitting on the keg of a gunpowder. I hope it doesn’t escalate. If it does, it will consume the rich and the poor. War is not friendly.
“If they do not want to solve this problem by calling for a referendum, then they must be ready to build more prisons, and buy more guns to kill their citizens, because we are not going to relent.”, he stated.