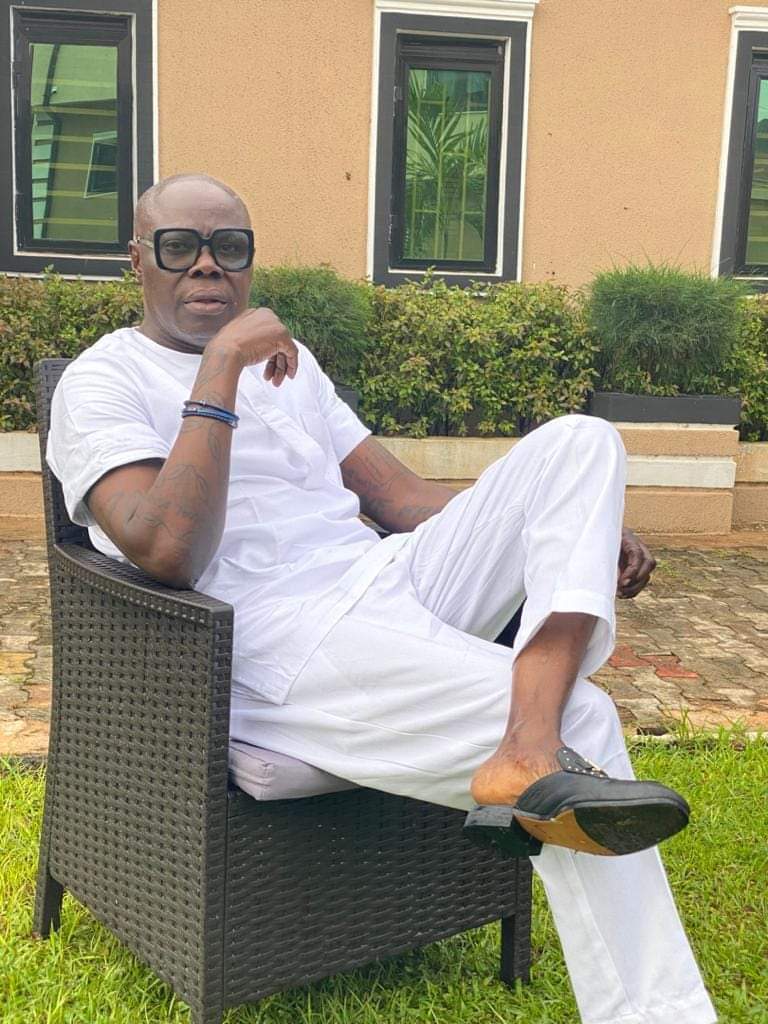 Eholor believes there are many elements in the government that are too neck-deep in corruption that they would never let the fight against it succeed.

In this interview, he mentions names and explains why he does not see any ray of hope, with such elements serving in the government.

Chibuike Amaechi is one of the problems of this country. As a Minister, he has done nothing else but to follow the north sheepishly.

Do you remember when he was a governor? Amaechi started the worst elephant project ever in Nigeria, by jumping into monorail construction. He claimed he wanted to connect it across Port Harcourt, but after a few kilometers, the project was abandoned, permanently, and is today, a monumental waste in the city. That monorail project cost the Rivers State Government a whopping N33.9 billion. As a matter of fact, the technical partners handling the project then, Arcus Gibbs Nigeria Limited described the project as a hoax!

Amaechi is a white elephant project man. At the moment, he is very busy connecting roads, and two roads from Jigawa and Sokoto to Niger Republic. While the railways will gulp a whopping $1.96billion, the roads will consume N30 billion.

Sadly, the old rail roads that connected his homestead of Rivers and the rest of the country are abandoned, and there is no plan on ground to start the projects.

While at it, Amaechi is busy, warming up to become a president!

The Inspector General of Police

The Inspector General of Police, Muhammadu Adamu is supposed to be the watchdog for good behavior among Nigerians, but the police force has continued to be an organization lacking in morals and ethics, and swimming in corruption.

Every year, the IG would announce that road blocks have been cleared on our roads, but that statement is always in theory. As a matter of fact, the road blocks usually increase in size of police officers, and they have ended up making the road blocks cash cows. There, senior officers compel the junior ones to make daily returns for them, and thereby exploit transporters. The IG is very much aware of this, but chooses to pretend he does not.

The same ritual is repeated every year, about police attaches to VIPs. The IGP would order the withdrawal of officers attached to VIPs across the country, but fail to do anything to implement the order. This way they have reduced respectable officers to bag carriers and mere drivers to rich men and their wives.

The police is paid over N300,000 per personnel by the VIPs, and only a little fraction of this money gets to the officers themselves. You can see why they refuse to withdraw them in truth. They are fantastically corrupt, and are making money from the VIPs!

The government has turned the fight against Covid 19 into a mere jaw exercise. First, NCDC and the FG started by bandying figures that didn’t really exist, and when they got funds to cater for citizens who were locked down in their homes, the funds were hoarded by governors and states, palliative measures were hijacked, and items meant to be shared were hidden away from the people, even perishables. It took the End SARS protests to expose this shameless act by our governments.

In Lagos, they are busy arresting poor people who cannot afford to defend themselves claiming that they are fighting Covid 19, yet they pretend they don’t know about the parties and feasts being hosted by their fellow moneybags.

It is at these parties that the London, and American, and other foreign returnees have been using to spread the disease, and this has led to the recent spike.

Despite the fact that he United Kingdom has cried out over the new dangerous strain of the disease, Nigeria has refused to close its borders from Europe and other such vulnerable countries. The result is that our people get exposed to Covid 19 infections.

All that the Federal Government and States are interested in is the Covid 19 funds. No one is genuinely interested in fighting the disease. Or ensuring that Nigerians are well cared for, medically and otherwise.

I can tell you that Nigeria is not yet serious about the fight against Covid 19. They are treating the pandemic with kid gloves, and it will be suicidal if this unseriouness and love for money overwhelms us and lands this country in a mess where it becomes impossible to deal with the pandemic.

A few years after down the line, Senator Akpabio in his capacity as the Minister of Niger Delta Affairs, along with the Acting Managing Director of the NDDC, Mr Daniel has been accused of embezzling N40 billion.

This man was brought to testify at the Nigerian Senate and he could not defend himself. This is the man that heads the ministry, and says he has come to clear up the Ministry.

How can a man stinking of so much corruption be able to fight it, and clean up the Ministry?

The Minister of State for Labour and Employment, Festus Keyamo said N46 billion had been budgeted to provide certain jobs for 774 Local Government Areas across the country.

In their projection, they are to pay each of the beneficiaries who is either a graduate and Masters Degree holder N20,000, when the government realised that the minimum wage is N30, 000.

Literally, they will be giving a graduate N60,000 within three months, which is less than $200. The disbursement of such money to the graduates will not address the issue of unemployment in the country.

The best option was for the Federal Government is to use that money to establish industries across the geo-political zones to absorb the teeming unemployed youths in the country.

The Minister also kicked off this so-called empowerment programme with wheelbarrows and cutlasses for the youths, most of who are graduates. How can you give cutlass and wheelbarrow to graduates? When they have openings at the NNPC, FIRS, CBN, Nigerian Customs, Immigration, NIMASA, NLNG, and so on, then give it to their own children.

The children of the common Nigerian is only good for wheelbarrows and cutlasses. They spent N46 billion to acquire those things. Tell me how we intend to end corruption in this country.

The Academic Staff Union of Universities (ASUU) has began to play the kind of dirty politics that the Nigerian Labour is used to. After keeping our youths at home for one whole year, and then having reached an agreement with the Federal Government, they are now saying that they cannot go back to the classrooms to teach.

Apparently, they want to begin to demand for more money to return to school.

ASUU, in as much as he had a genuine cause to go on strike initially, must avoid the temptation of keeping our youths at home again.

Multiple Road Accidents Wipe Out Family of 6, Claim 9 Other  Lives In Edo

Multiple Road Accidents Wipe Out Family of 6, Claim 9 Other  Lives In Edo