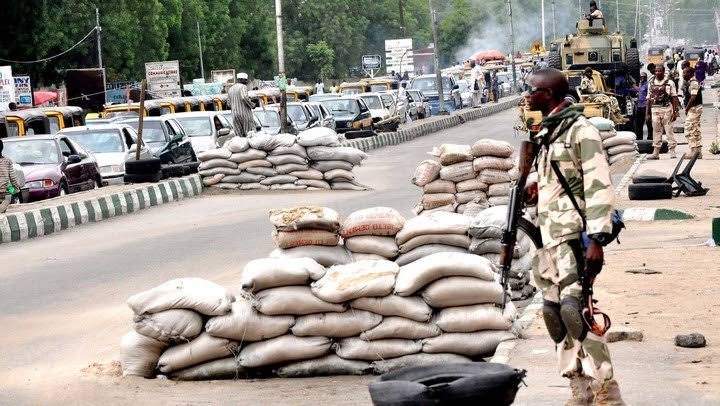 . As Abia is set to launch a security fund

Special Adviser on Security to Gov. Okezie Ikpeazu of Abia State, Capt. Awa Udensi (retd),
has called for a reduction of roadblocks in the state, saying “they are intimidating”.

Capt. Udensi who made the call during an advocacy visit to the Nigeria Union of Journalists, Abia State council by the committee on the proposed launch of Abia Security Fund, said the time had come for security agencies to deploy modern technology in combating crime.

He said that instead of using multiple roadblocks which are scary to members of the public, digital technologies like drones could be deployed in tackling criminality.

” Where we are today in Nigeria calls for re-strategising in security”, he said.

He noted that “Abia State has highly articulated and synergised security network”, adding that the proposed security fund would be used to finance various security architectures in the state including the local vigilante and Ebubeagu security network.

On the invisibility of the Ebubeagu security network, Udensi said people should stop demanding to see operatives of Ebubeagu outfit before believing that they are on the ground.

According to him, “one asking where is Ebubeagu is like asking to see God”.

He said that the operatives of the regional outfit did not need to be seen before people would believe that they are at work.

Capt. Udensi said that operatives of the outfit as well as the state homeland security operatives and the Abia vigilante services were on the ground in every community to assist in policing the state.

He expressed delight that Abia had not witnessed violent crime including a bank robbery in the last 10 years and appealed to members of the public to support the government’s efforts towards improving security in the state.

Earlier, the Chairman of the Committee on the Security Fund and the Permanent Secretary Bureau of Special Services, Office of the Secretary to the State Government, Mr Ihedioha Onuoha, said that the fund would be launched on September 23.

He explained that the project which was initiated by the immediate-past administration had received legislative backing, adding that the fund would be used in assisting both federal and local security outfits in the state.

Coordinator of the Funds, Mr Darlynton Anyanwu, said security support and resident’s card would be deployed for free-will donations by members of the public.

He regretted those stranger elements from neighbouring states were responsible for 80-85% of crimes committed in the state.

The proposal according to him is a platform to help deepen community policing architecture across the state.