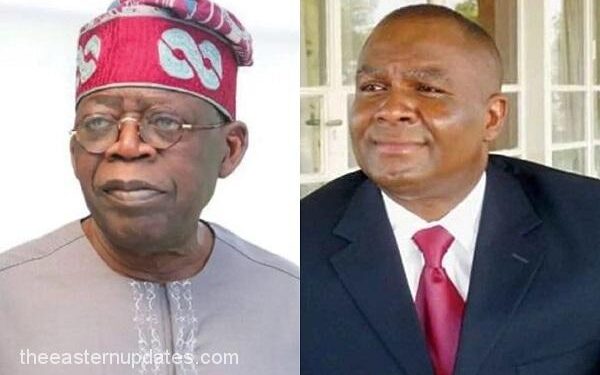 34
SHARES
340
VIEWS
Share on FacebookShare on TwitterShare on WhatsApp

On Friday January 20th, the Peoples Democratic Party (PDP) suspended certain members of the party for what it described as ‘anti-party activities’. While majority of those suspended were from Ekiti State in the South West one is from Enugu State, in the South East.

Kola Ologunagba, the party Secretary said the NWC took the decision after an extensive review and consideration of the affairs of the Party and pursuant to the provisions of the PDP Constitution (as amended in 2017).

Ologunagba said the suspension which took effect from Friday, January 20, 2023, became necessary because of allegations of anti-party activities against the party members.

Such a letter of suspension must also have been forwarded to the Independent National Electoral Commission INEC, alerting them that, as it stands, Nnamani’s membership is on suspension, and all benefits from his party are equally suspended. Hence, the party currently has no candidate for the Enugu East Senatorial Zone elections this year.

The development has also shown that, contrary to beliefs, the party sees Nnamani as a worthless party man whose relevance has long expired. As someone described him earlier today, Chimaroke Nnamani is worthless, and has no single electoral value.

As such, he has become an outcast, and a liability that his party has officially shown loss of confidence in.

It also means that every genuine party faithful must avoid associating with him or risk also being suspended by the party.

Recall in 2007 when the PDP withdrew its suporrt for its gubernatorial candidate in Imo State,

In the period preceding the elections, PDP federal and state governments had fallen out with Senator Ifeanyi Ararume. They forged a common resolve to bury that fellow’s feverish ambition to rule Imo State. Their attempt to field a favoured gubernatorial candidate for Imo hit a legal brick wall. In order to give effect to its resolve against Ararume, the PDP demonstrated in words and deeds that it was ready to sacrifice or “allot” Imo State to another political party at the gubernatorial level rather than to have Ararume at Douglas House. As it eventually turned out, PDP had its way. Consequently, in a dramatic circumstance, a virtually unknown party, PPA took the governorship seat.

At such crossroads again, the Senator Chimaroke Nnamani issue seems to be heading the same way as he is not ready to back down in his support of Tinubu fof President, which is a clear case of anti party.

Like Ararume, Nnamani would have to forfeit his Senatorial ambition a price he seems too ready to pay as he continues to dance the macabre of disrespect and disloyalty to the party that made him Governor, and also made him Senator.

Strangely, while the party is hoping that the suspension will act as a deterrent, and possibly prompt Nnamani to repent, the former governor has taken even started another series of tweets to justify his action and mock the PDP.

It is therfore clear that his suspension will not be lifted by the party any time soon. It also means that he is in his final days as a Senator, and is automatically out of the race for reelection.

In the words of former National Auditor of the Peoples Democratic Party (PDP), Chief Ray Nnaji, “Campaigning for another party, when you are a candidate of a different party, is a grave anti-party activity.

“As a candidate and sitting senator of the PDP in the Senate, it is bad for him to start campaigning for another party’s candidate.

“Honestly, he cannot be a senator carrying the ticket of the PDP, and still campaigning for another party.”