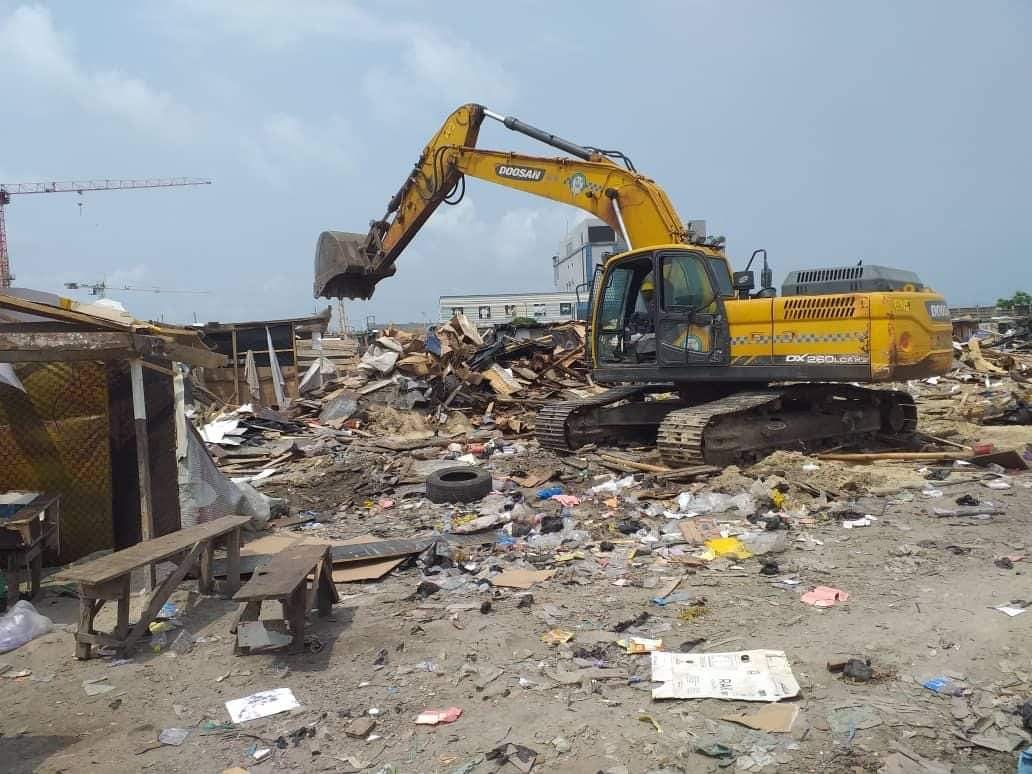 Lagos State Government has reiterated its preparedness to monitor and prevent future encroachment and illegal occupation of any part of Lekki Coastal Road, which serves as alternate route to Lekki – Epe Road, just as it demolished thousands of shanties and kiosks on the road.

The Chairman of Lagos State Environmental and Special Offences Unit (Taskforce), CSP Shola Jejeloye, stated this after the removal of shanties and kiosks at Marwa Ghetto, Lekki, over the weekend.

The team, led by the Chairman, Lagos State Taskforce had visited the ghetto two weeks before a 3-day removal notice was served to warn the occupants to vacate the road for its construction.

The State Government had in December 2019, demolished all structures built on the road to pave way for its usage by motorists and other road users.

CSP Jejeloye noted that the exercise was carried out to allow for the construction of the coastal road linking Lekki to the Free Trade Zone. He added that the road would also serve as an alternative route to Lekki – Epe Expressway to enhance free flow of traffic on the corridor.

“We have enlightened the occupants on the strategic nature of the road they have built their shanties. Unfortunately, immediately it was cleared in 2019, they mobilized themselves and extended their occupation of the road.

They have turned it into hideouts for criminals. They sell drugs and some of these were siezed during our assessment of the area. Traffic robbers and other dangerous criminals dwell here. These can’t be allowed to thrive in Lekki, not even Lagos”, he added

He pointed out “the essence of the demolition is to monitor the place and safeguard it so that criminals don’t return to the place again. Government has done this in Whitesand, Ijora and other places. This is a road and nobody would use it if these criminal hideouts are not removed. No member of the public would use it if these shanties are not removed.

It is the commitment of the State Government to decongest Lekki – Epe Expressway, therefore, there is need to open up this road for residents and law abiding people to use”.