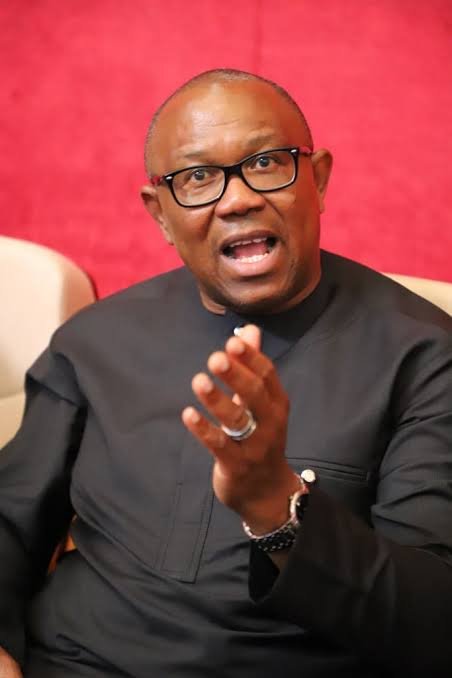 It is saddening, disheartening and blackmail- oriented the news making round the social media on the mischief advances of undesirable elements against the person and personality of Mr.Peter Obi.

The ugly reports by Pandora papers alleging a man of national integrity like Mr.Peter Obi to have been insincere with his lines of investment to evade tax payments is a blatant falsehood and calumny geared towards staining his name because of 2023 general elections.It is so unprofessional and jealously- ridden to publish denting articles alleging corruption against Mr Obi without certified proofs to buttress it.

Mr.Obi whom the world cites his styles of leadership in world Bank and Anambra State government as worthy of emulations cannot be allowed to be blackmailed by political vultures and mudslingers who want to clinch power by all means.Global Initiatives For Good Governance unequivocally reiterates that those wore mongers and peddlers of mischief must bury their heads in shame for working to discredit a man whom God has favoured.

This is the extent traducers of witchhunts and falsehood could get to.Our position remains firm that the publications of Pandora Company are politically motivated,incited and calculatedly hatched to dent Obi ‘ s image because of the high ranking respect and commendation s he enjoys from the public.It stands to reason that Mr. Obi poses as a danger to those who think they can get to power through the back door knowing full well that none of them equates his degree of wisdom in social and political administration. There is no amount of rouble rousing and ponzi display that could succeed in ruining the image of His Excellency,Mr.Greg Peter Obi because his good antecedents speak for him.

For sincerity sake, four leaders of Mr.Obi’s standing making and character nicety are enough to salvage Nigeria from darkness into an aura of light. He should be celebrated than being blackmailed.With God and his global supporters standing by him,Obi would continue to ride on the ladder of increase and excellence.Only a person of his nature and instinct can govern and transform Nigeria from sorrow to joy.

The one whom king has delights to honour like the biblical Mordecai is no any other person than Mr.Peter Obi.All his witch hunting Naaman would surely meet their Waterloo because no human palm fingers can cover the sun from rising.An illustrious son of the land is the rising sun of this country and Global Initiatives Crusaders are prepared to defend Mr Greg Peter Obi within the full ambit of the law to ensure his human Rights and dignity are not cajoled, gagged or infringed upon.We encourage you to ride on Sir! The one whom the king delights to honour!