Names of some innocent youths murdered by SARS policemen in Nigeria 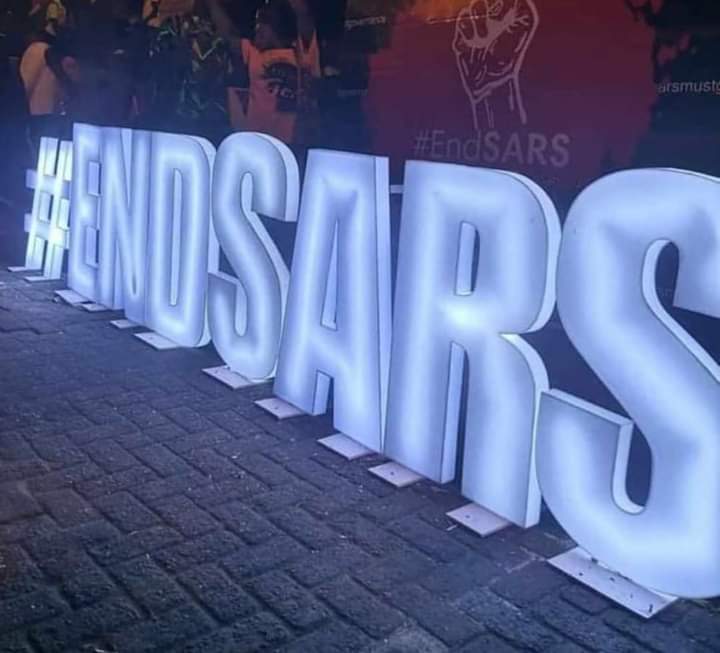 3
SHARES
32
VIEWS
Share on FacebookShare on TwitterShare on WhatsApp

Just so you know why the youths are on the streets. This is part of it:

IFEOMA ABUGU, 20, a young lady who had just graduated and was in NYSC, was arrested in place of her fiancee at his residence in Lokogoma, Abuja. Ifeoma was sexually assaulted and later died in SARS custody a day after she was arrested. Justice has not prevailed.

GODGIFT FERGUSON EKERETE ,24 ,TONY ORUAMA ,21, HARRY ATARIA, 26, were arrested during a raid and then killed in detention that same day on 3 July 2008. They were falsely accused of being armed robbers and cultists. The police officers responsible are still freely roaming.

KOLADE JOHNSON, was killed on the 31st March 2019 by a SARS officer, for ‘looking like a fraudster’. He left his home to watch a Liverpool vs Tottenham Spurs match and never returned. The officer responsible still roams freely.

CHIBUIKE ANAMS, 23, had his life cut short on the 24th July 2009, when the Nigerian Police raided a guest house in Rivers State . After several searches at police station, his family later found out about his death. The police has refused to comment on his death and no investigation was ever made into it.

TINA EZEKWE, 16, on 26th May 2020, was hit by a bullet when a drunk police officer opened fire to disperse a crowd that had gathered after he shot a bus driver who refused to give him bribe. She was rushed to the hospital and died two days after. Justice has not been served even though it is one of the most popular police killings of recent times.

CHRISTIAN ONUIGBO, 28, A father of one was shot on the 19th March 2009 while parking his car in Jiwa, Abuja. He was then taken to the police station where he spent a night with his wounds before transferred to a hospital that could not treat him since he had no police report. He died on the 21st March.

AYOMIDE TAIWO, 20, On the 9th August 2020 was returning back home after the Eid-el-Kabir celebration in Osun state with his friend when their motorcycle was stopped by a drunk SARS .After paying the bribe they demanded, the police saw he had more money and then attacked him. He was in coma for six days before he lost his battle.

ANEKE OKORIE, 39, a father of four, was making an honest living for himself Okada riding. On 15th May 2009 he was stopped at a checkpoint in Emene, Enugu. Unable to pay the bribe, he was shot and later died on his way to the hospital. His murderer tried to frame him but was seen by a passerby, 2020 his case is still on “trial”.

TIYAMIU KAZEEM, 21, a footballer in Remo stars, on the 24th February 2020, was stopped by SARS officials and as they forcefully tried to take him into custody, fell out of the SARS vehicle and was ran over by a moving car. This sparked protests where 5 people were killed. Tiyamiu and the peaceful protesters have not gotten justice.

THOMAS MMABU NEElE, 20, in November 2011, was hit by a stray bullet while taking his bath at home. His family found his body at the mortuary which was apparently brought in by the police. Because of this, they were not allowed to retrieve his body and were unable to bury their child.

PETER CHIBUZOR OFURUM, was a UNIPORT student who was killed on the April 11, 2016 during a student protest organised to oppose the increase of school fees. His school denied him as a student even though he was the president of management science in the school at the time of his death. His killer is nowhere to be found.

DANIEL IKEAGUCHI, 20, and his friend were waiting outside a hotel for his taxi in Rivers State, when he saw SARS officers and ran away in fear of being arrested or extorted. The officers accused them of being thieves, they stopped running. As his friend was unpacking his bag for searching, the officers shot Daniel. They were then arrested and Daniel was given no medical attention, when his family finally heard, it was too late.

LINDA IGWETU, on July 4th 2018, had just finished her Youth Service in Abuja, barely a day before, when she was killed by a SARS officer, Benjamin Peters, while on her way home with friends. When rushed to the hospital, the doctor refused to treat her without a police report and she died.

CHUKWUEMEKA MATTHEW ONOVO, 22, left his father’s house on 4th July 2008. There was a shootout nearby and Chukwuemeka was hit by a stray bullet. When demanding to know where his son was, the police told his father he was an armed robber , which eyewitnesses refuted. The officer responsible was not brought to justice.

MUS’AB SAMMANI, a graduate of computer Science ,on December 4th 2019, was killed over a minor misunderstanding in Kano state. His killer is not brought to justice.

SO BEFORE YOU CALL NIGERIAN YOUTH LAZY, WEAK CRIMINALS. ASK YOURSELF WERE ANY OF THESE INNOCENT PEOPLE DESERVING OF THIS FATE?

This is a drive to educate the people who aren’t on Twitter/instagram etc. We need to be united on all fronts, and that begins with sharing trusted information. Please pass this on.