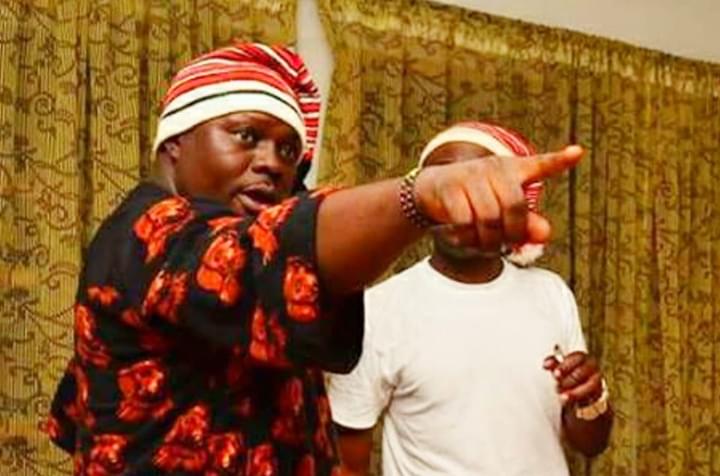 1
SHARES
9
VIEWS
Share on FacebookShare on TwitterShare on WhatsApp

Conflicts sometimes could be positive. It could be the magic wand that businesses, jobs, or romantic relationships require for a total turnaround.

When a family welcomes a newborn baby, that momentary cry is what gives such family assurance that their baby is normal. Where this does not happen, it creates room for fear, apprehension, and panic. In democratic governance for instance, when the Executive arm of government engages in praise-singing of the Legislative arm, the suspicion is that all is not well. A little disagreement here and there is the ice in the cake these two critical arms of government requirements for effective service delivery in the interest of the people. When proper checks and balances are carried out, each being the watchdog of the other, it creates the opportunity to deepen our democratic culture.

Sadly, our dear state Abia could be said to be one of the most under-developed across the country in recent years. This is irrespective of the rhetoric of imaginary excellent performances that usually trail each government that comes. This is not to undermine the serious efforts that are being put in place. Sadly, a closer look at the state advertises that not much has been achieved. While the Chief Executives or the governors who held sway in this state at various times may not be totally extricated from actions they took while in office, the sycophantic activities of their close aides and loyalists no doubt contributed largely to some uninformed decisions they took or still taking.

Like swans, they feed fat where there is filth. They go about stoking the embers of disunity and discord among various political and tribal divides, fabricating internal crisis and disharmony among their bosses. Peace is their enemy. Lack of conflict to them is a lack of stomach infrastructure. Where there is no conflict, they manufacture one just for their nefarious interests. They draw lines of discord between Ngwa and Ohuhu, between Ohafia and Arochukwu, between the PDP and APC all in the name of showing their pretentious loyalty to their paymasters. They even go to the extent of passing judgement on who is a true and fake Igbo. Time that should be committed to the development and growth of the people is frittered in fighting imaginary enemies.

True unity and oneness has taken a flight from Abia long after the 2019 election. Brothers no more see eyeball to eyeball. Ethnic superiority has subsumed the rope that binds our unity. They see themselves from the prism of political lines. How can people develop with this? Again, the popular saying that the Igbo do not like themselves may have been brought to fore by what is happening in Abia. Political opportunists cash into anything they can lay their hands on, tell their masters the lies that feed their ego just to justify their pay.

Sen. Orji Kalu for instance is one of the Igbo sons who have always been at the forefront in ensuring that the region is not cheated or treated like orphans. When our people were being murdered for fun in the North, he did not only condemn it openly, he threatened to go to war for any Igbo life unjustly terminated in the region. He put aside his relationship that has spans for over three decades with the region. He put aside the recognitions that have been accorded him by first class traditional rulers in the region and rose in defence of his kinsmen.

Paradoxically, when this same Kalu faced politically motivated trial and eventually got wrongfully convicted, many of our Igbo people went agog in jubilation over his trying times. This is not how to reciprocate love. Hardly would a Northerner or Westerner engage in an orgy of toxic jubilation when his brother is being badly treated. It however appears as if in Igbo land, lack of love has made us descend to a mischievously low level. The recent visit to the home of Sen. Orji Kalu by his former Chief of Staff, later governor and now senator Theodore Ahamefula Orji after his (Kalu) incarceration in the prison camp as a poison to some of T.A Orji’s aides. They can’t possibly know these men than they know themselves then why drink panadol for another man’s headache? The reason from their grouse as stated before is not unconnected with the pseudo financial gratification they curry. While I do not wish to delve into circumstances that birthed the soured relationship of the duo, Sen. Kalu has time without number made it clear that he is not in the contest for anything with the man he almost single-handedly made governor. He has never ceased to use any opportunity to exhibit this either.

The over-bloated cost of governance at the centre and in the states cannot be differentiated from the retinue of aides and advisers that surround these leaders. Sadly, most of the advises they churn out are the ones that will keep them smiling to the bank. An adviser on road construction projects, pipe-borne water drilling, school renovation and what have you that chooses to shortchange the people by not telling exactly what the situations are is a devil advocate and must not escape the wrath of God. They create an imaginary sense of excellent situation without telling their masters what the real situations are, leaving the people to suffer more. Even when palliative works are affected, they are not only substandard, they are scandalously inflated, yet will not stand the test of time.

The activities of some journalists who benefit from such a situation is also worrisome. Truth and objectivity are the bedrock of healthy media practice. We sometimes choose to be economical with the truth. When there is crossfire between two warring political forces, they meddle in not to give accurate reportage of the situation but to further fuel the conflict. There is no way people can progress this way.

It is time for a true character renewal in our state. Interestingly, the Abia state Orientation Agency bill has just been signed into law. Advisers, aides and supporters must put the interest of our state at heart. The effect of this law must be seen among the aides of political officeholders.

When there is crisis it is the people that suffer. Not meaningful development takes place in an environment where there is rancour and acrimony. While thinking of what goes into your pocket, the interest of the state must be paramount. A day will come when each of us will give an account of what we do.