OPINION: Are we cursed or we are the cause of our problems? By Patrick Osagie Eholor 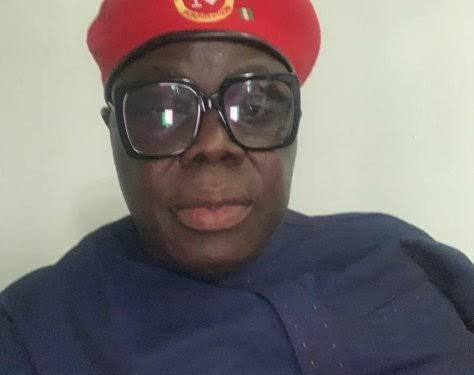 4
SHARES
39
VIEWS
Share on FacebookShare on TwitterShare on WhatsApp

Are we cursed or we are the cause of our problems? I mean, the journey of the black race, the Nigeria we experience?

Freedom is the necessary antidote for self determination in human race. Power is an avenue to create a progressive society; liberty projects mental development. The era of slavery and colonization brought about the dehumanization of the black race and inflicted on us the wrong mentality of second class which has haunted us for ages.

In this age and time, we have achieved abolition of slavery and independence from colonization. But as a people, there is still a long way to go coming this far from our chequered history of existence.

Freedom and political power for self determination has not brought in full steam the desired result for competitiveness with other races. What it has brought us instead is tribalism, nepotism, wars, killings, corruption, abuse of power, massive looting of the common treasury and underdevelopment.

This spreads across the black race globally, more especially in the sub Saharan Africa. Black countries in all manner and fashion have experienced under development and it still persists; there is no clear vision on how to overcome the ugly circumstance being aided by the imperialism of the developed world.

We became our own worst enemies by playing to the gallery, creating the enabling environment for the imperialists to perpetuate their agenda and script. Coming down home, the Nigerian experience is a bizarre one.

With so much blessings and natural endowments, expectations were so high. The projections and economic plans placed Nigeria ahead of most developed countries . But we are still in that bracket of third world and under developed countries even with all the promises and flash we are in despair.

Freedom, power, and liberty have brought us not much dividends. We have been circling and barely staying afloat. The God-given potentials, human and natural resources have disappointed us. The intent and purpose of the imperialists is to maintain the status quo, thereby aiding and masterminding the looting of our resources by those entrusted with leadership resulting to leadership deficit, impoverishment, and economic disaster. This is the same story from independence, through the first republic, military era, civil war, back to military era and subsequent republics till present – much haven’t changed to meet our aspirations as a nation. The much needed nurture and systemic growth are elusive. The ingredients that leadership provides for development is not evident. Nigerians are despairing not holding on to anything for a better future.

The hawks are all over having a field day making the best out of the situation they created. Perpetuating the status quo is good business for them. Nigeria is drifting to a collapsed or failed state. Hyper-inflation, insecurity, secession agitations, social and economic disorders, high crime rate, moral deficits, massive looting and corruption and visionless leadership is what you get, no sign of an end. The nations are helpless watching.

So, are we cursed or are we the cause? If life does not give all that you want, at least thank God that you have life. Be sober. Take a middle course to all things. So long as life lasts. Then rest, content to leave behind a respected name.

He is also known as Ultimate Equals, the Democracy Observer-General of the Federal Republic of Nigeria.

He writes from Canada.