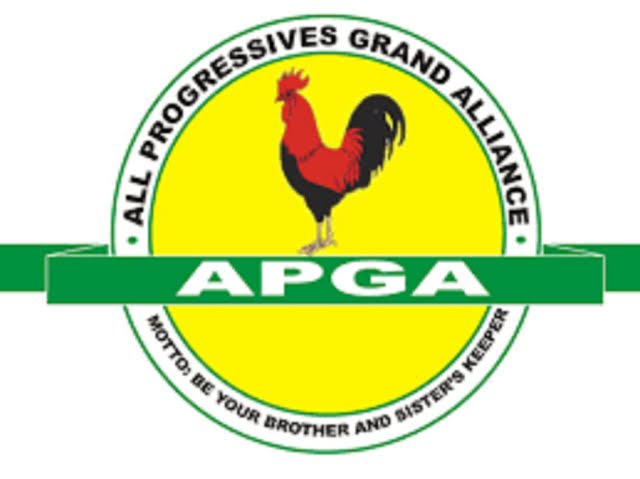 On May 30, 2019, Chief Victor Umeh wrote an audacious and unwavering letter to Governor Obiano. In that letter, he called Obiano’s attention on how Oye was running APGA like a criminal corporation.

Umeh conscientiously provided a breakdown of the gamut of extortions; cesspool and Augean stable that has become Oye’s APGA.

It is noteworthy that Umeh’s letter is a drop in the ocean of the multitude of concerns which other Party members have raised against Oye. Umeh’s letter to Obiano merely confirmed that APGA is in the hands of licensed thieves; that have mastered the art of using Party platform to perpetuate Advanced Fee Fraud.

Perhaps, in future, generations to come would want to understand why Obiano has continued to support Oye, even when he has interred the APGA’s grundnorm.

Section 85 of the Electoral Act (2010) as amended states that political parties are required to notify the Commission, in writing, before conducting Governorship Primary. It is not surprising that Oye feels that this precondition is immaterial. He is used to abusing the law.

Here is a man that went ahead to conduct a ‘convention’ contrary to a court order; and with delegates whose tenure had expired; such a man is unfit to preside as the National Chairman of APGA from all ramifications. Rather than admit his idiocy, as a stray child; and make contrition, Oye has continued to thrive in dereliction and tactlessness.
This is what Chief Edozie Njoku, National Chairman and the National Working Committee of APGA are up against. It has nothing to do with Anambra 2021 Elections.

In Umeh’s letter, he unequivocally stated that Ozonkpu Victor Oye and Hon. Chinedu Obidigwe turned the 2019 Imo Governorship Election into a bazaar. The faith Ndi-Imo had in APGA could be gleaned from the class of aspirants that APGA paraded. While other Parties had 5 – 7 aspirants, APGA had a total of 25.

Chief Ikedi Ohakim – $300,000 (Three Hundred Thousand Dollars) and N100M from him and other payments.

In the case of Chief Humphrey Anumudu, Oye obtained a 2018 Toyota Land Cruiser, Black Jeep from him under false pretense. This is aside from other Dollar Cash receipts. Shamefully, Oye claims that the car is a birthday gift from Chief Anumudu.

In the concluding part of his letter, Chief Umeh said;
‘these are just four outstanding cases. There are other tales! I see these as very serious moral issues particularly as Oye has consistently insisted that he did not take money from anybody during the 2018 Primaries.

I consider these revelations as serious embarrassment to the Party and gross abuse of office by Chief Oye.
One unfortunate thing was that they engaged these fellows by dropping your name as supporting their actions.

Some of these were part of the reasons why I told you on the 28th of April, 2019 that Oye is unfit to continue in office as National Chairman of APGA. I believe that it will be FUTILE and DAMAGING to APGA if you continue to support him for a Second Term in Office. I advise that you confront Chief Oye with these revelations and consider asking him to refund these monies to them and bow out and save APGA from protracted crisis!’ Beyond what Umeh mentioned, there are litanies of Oye’s victims.

Interestingly, from Umeh’s conclusion, it is evident that Oye’s destabilizing tendencies were brought to the Governor’s attention quite early. Therefore, it is worrisome that despite these manner of incriminating evidences against Oye, Obiano ignored calls for his probe and resignation and went ahead to support him for second tenure under dubious terms.

The Governor’s backing seems to have emboldened Oye in his fraudulent acts. That is the reason why Oye went ahead to conduct one of the most questionable conventions in the history of the Party. Oye’s tenure has remained one of the most turbulent, robbing the Party of invaluable members. It is also noteworthy that Obiano did nothing to ensure that Imo governorship aspirants got justice.

Three years later, Obiano is setting up a reconciliation committee composed of his cronies and partners in crime; yet, he made no reference to the absurdity perpetuated against those Imo State governorship aspirants. Obiano’s disdain and disrespect for Party members outside his Anambra enclave is the reason why the search for justice and campaign to purge the Party of this manner of characters must continue. APGA is not a private company of Ndi-Anambra and such insinuations MUST stop.

History will record the selfishness of Obiano and his predecessor for having seized APGA for their private advantage; without making any effort whatsoever to ensure that other neighboring States savour the sweetness of the Party. This is typical of the self-centeredness recorded in Matthew 17, where Peter, James and John selfishly wanted to conscript Jesus by proposing the erection of tents for Jesus, Moses and Elijah, without iota of consideration that Jesus came to save mankind. In other words, let the whole world perish.

It is pertinent to inform His Excellency that first Samuel 2:27–30 records that God committed Eli to eternal damnation not by his making, but, because of his love for his two sons, Hophni and Phinehas. May God deliver you from the Hophini and Phinehas whose crimes and criminalities you have worked so hard to elevate as a Party ideology.

APGA'S Umeh Panel: Nwankpo Has No Issues With Obiano, Those Who Stole From Him Stole Nothing