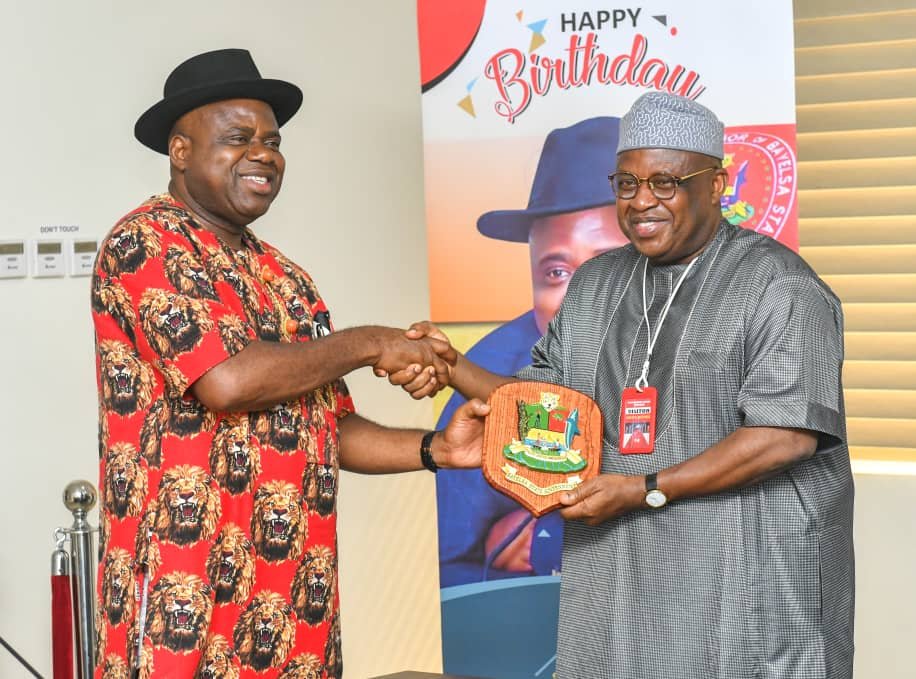 The National Vice-Chairman of the Peoples Democratic Party (PDP), South – South, Chief Dan Orbih has once again raised concerns over the rise in insecurity across the country.

Orbih, while addressing the Bayelsa State Governor, Senator Douye Diri at the State Government House, called on the governor to recruit the dreaded Egbesu Boys in the formation of a regional security outfit, which he appealed to the Governor to form, with the other S’south governors.

Members of the PDP Working Committee in the South South had paid a courtesy visit to the Governor, where they were warmly received by the State Executive Council, as well as the PDP leadership in the state.

Chief Orbih said “Your Excellency, you are always present at all critical party meetings and events. You are a true party man. We commend you and your colleagues for the Uyo declaration, especially your position on the worrisome and frightening debt profile of the country. The APC Federal Government’s unbridled appetite for Chinese loans has mortgaged the future of our country. The loans are not channelled to productive ventures but to rail construction to Niger Republic.

“At a time Nigerians are finding it extremely difficult to cope with APC inflicted hardship on our people, our economy is in shambles. Federal Government has failed in its constitutional responsibility of securing lives of our people. I want to commend you for taking positive steps in improving the security architecture of the state by your recent donations of operational vehicles to the various security agencies in Bayelsa state.

“We urge you to look seriously at the call for State Police or state security agency to protect our people. We are not short of manpower to secure our states and regions. The popular Egbesu Boys can ably be recruited to do the job, and they are more than capable. The ship of state is drifting but the captain of the ship is in deep slumber rather than wake him up, those around him are muttering Sai Baba in self deceit. God help Nigeria.

“Our Party must rise up to the challenge of saving our democracy. We condemn the choice of known APC members for INEC appointment as commissioners. The greatest threat to our democracy is a partisan INEC that conducts inconclusive elections when APC is losing badly. We join patriotic Nigerians in calling on Mr President to sign the electoral bill. Even if they fail in every thing, they should not fail to sign the new electoral bill.

“Your Excellency, the PDP Governors achievements in the south south will be the political spring board for PDP renaissance. Continue your good work. God bless you”, he stated.

In his response, the Governor commended the National Vice chairman for the role he played in reclcapturing Edo State from the APC.

He described Orbih and the Working Committee as a very aguie one and expressed hope that with such calibre of party leadership, the presidency will be won by the party come 2023.

On insecurity, he promised to take the message to the other governors for prompt action.

More photos from the visit: 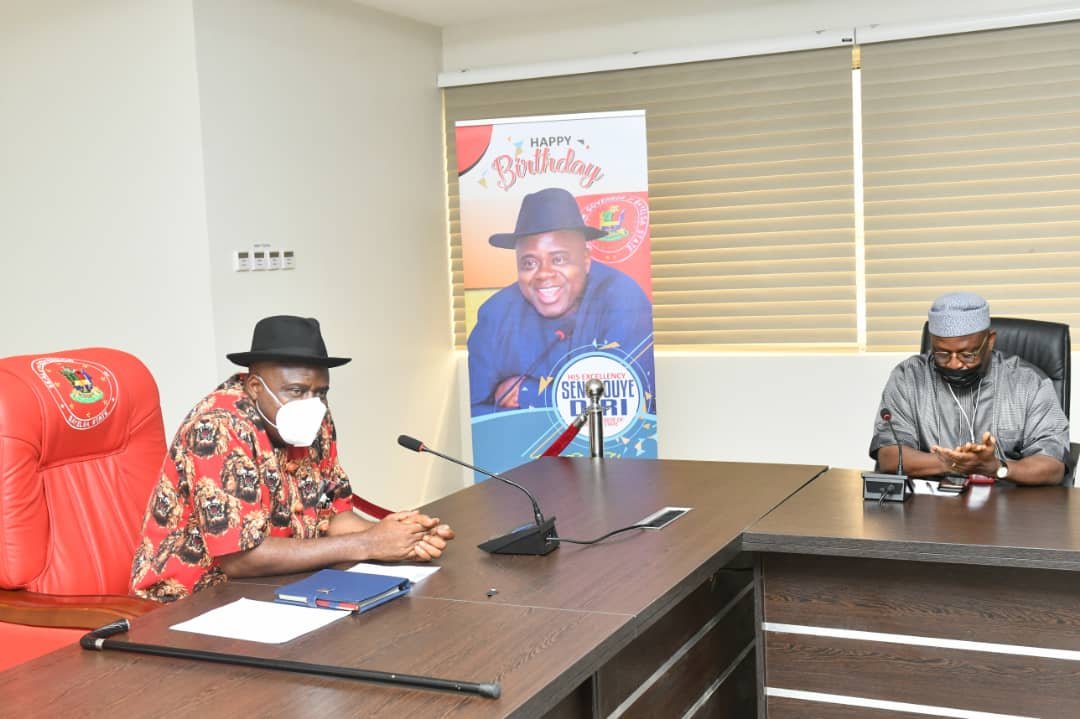 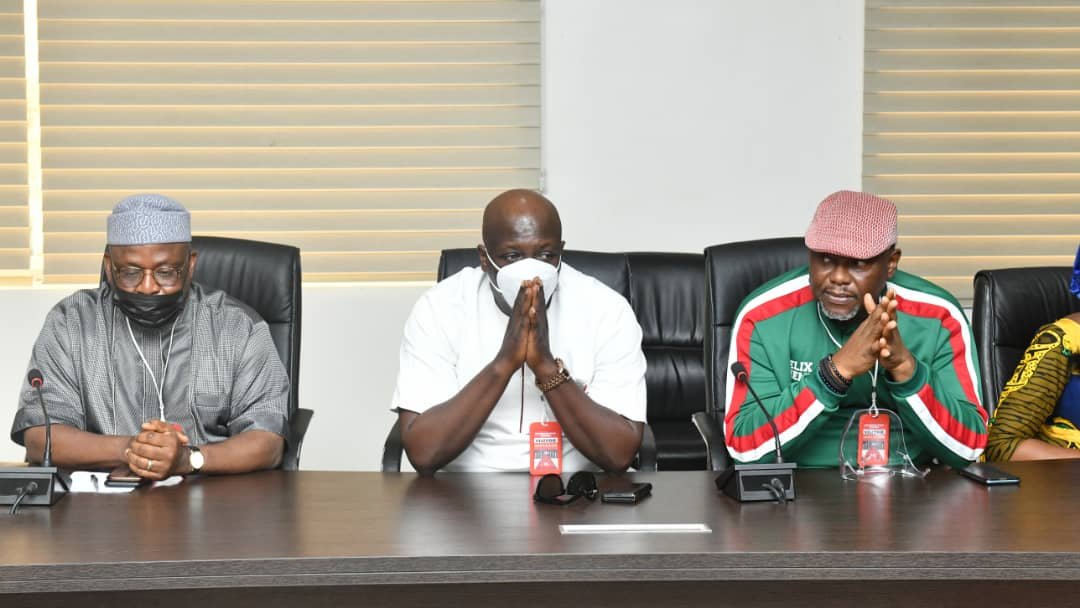 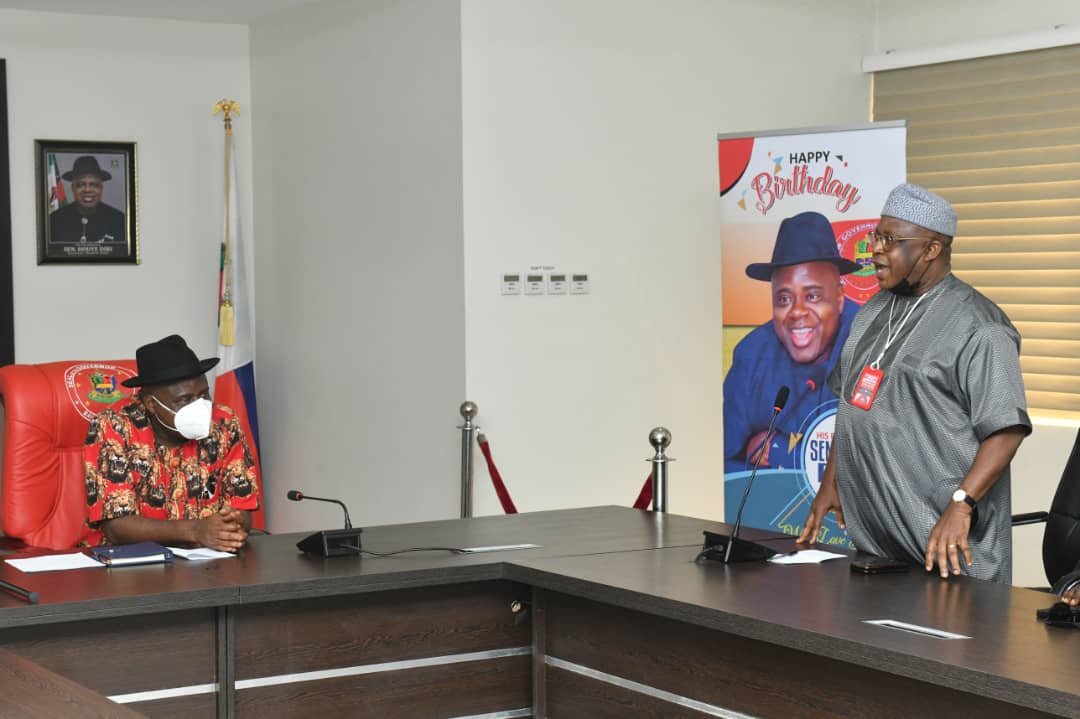 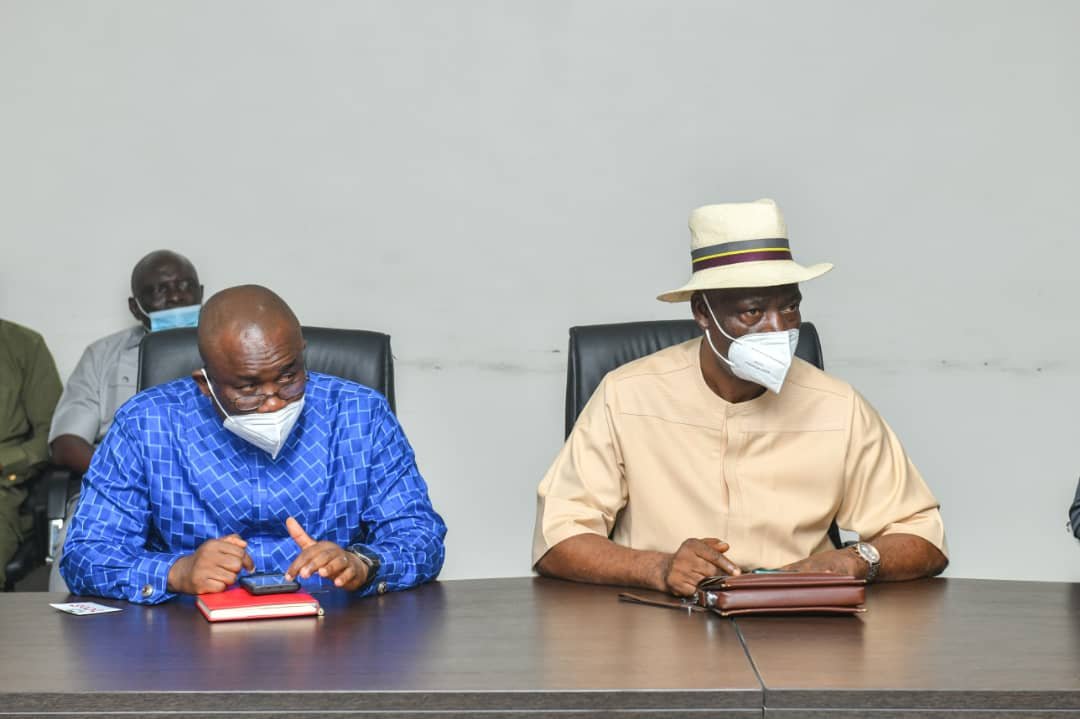 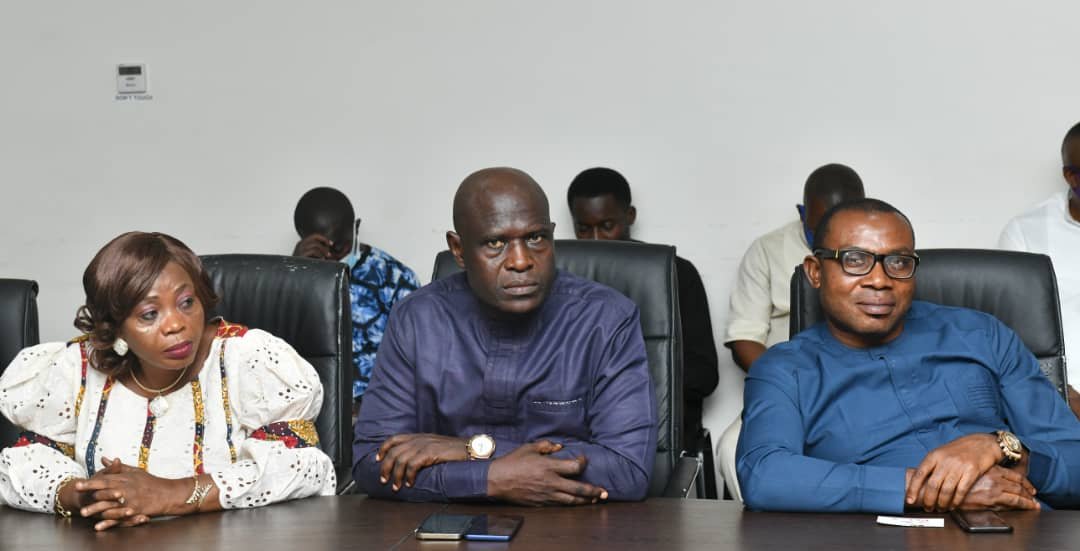 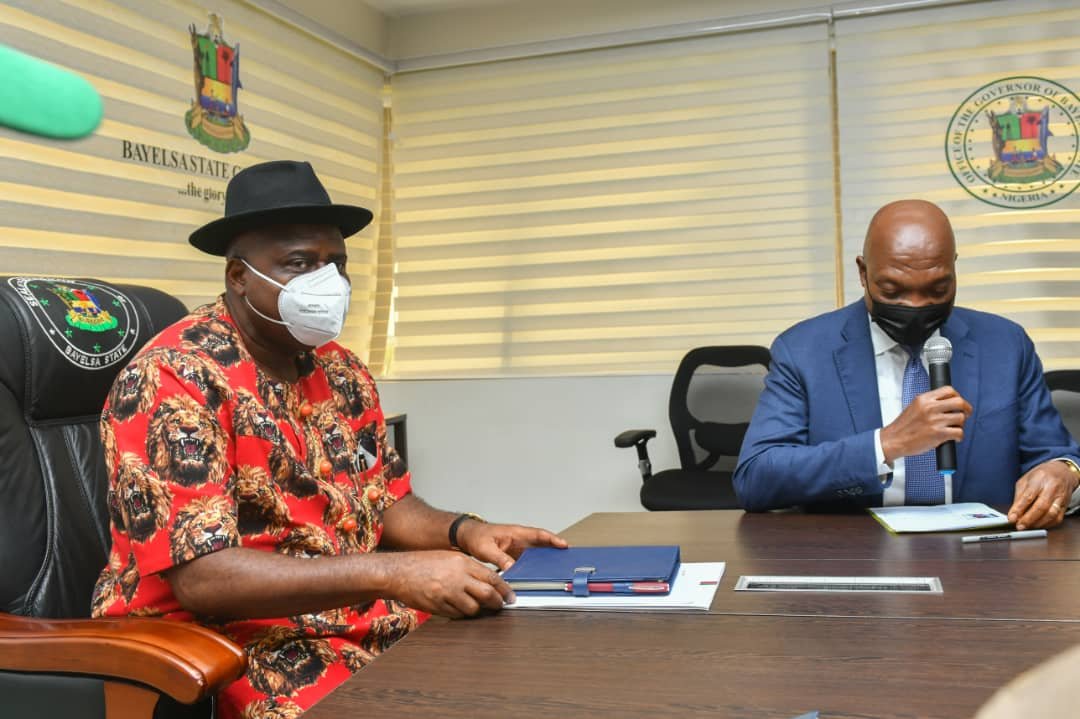 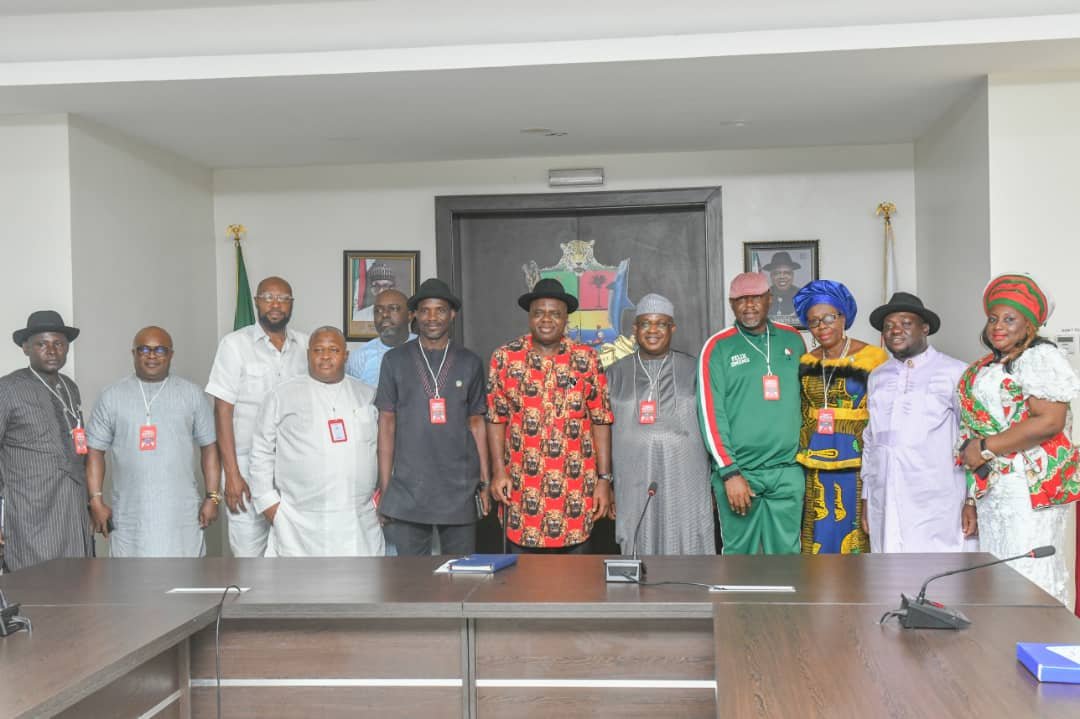 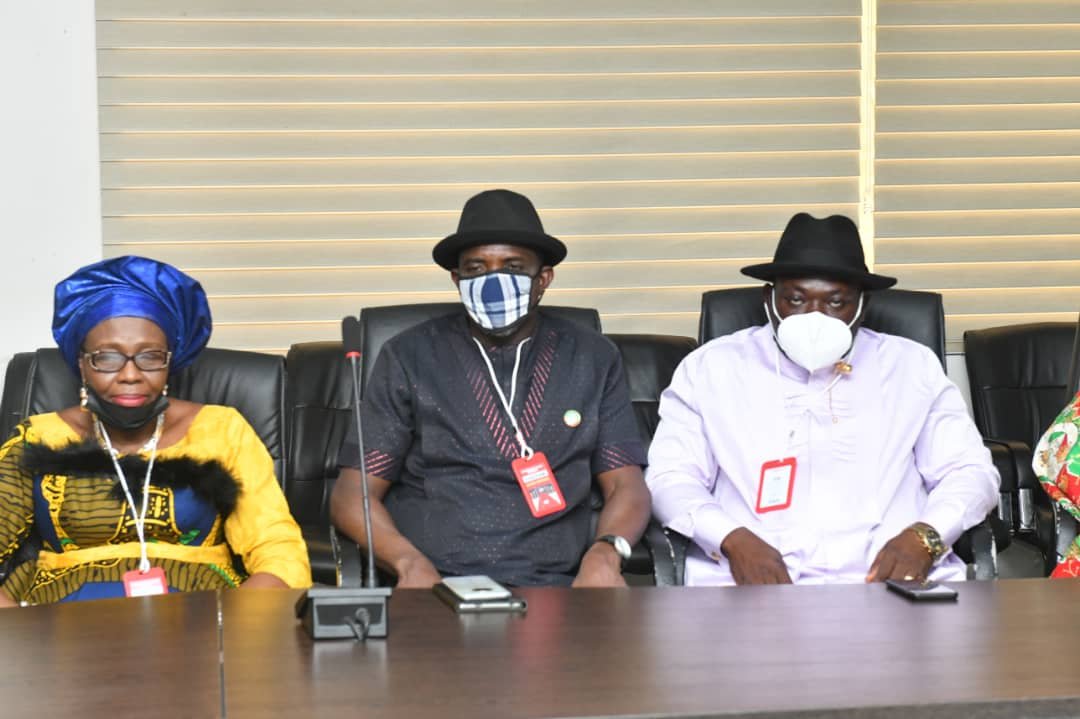 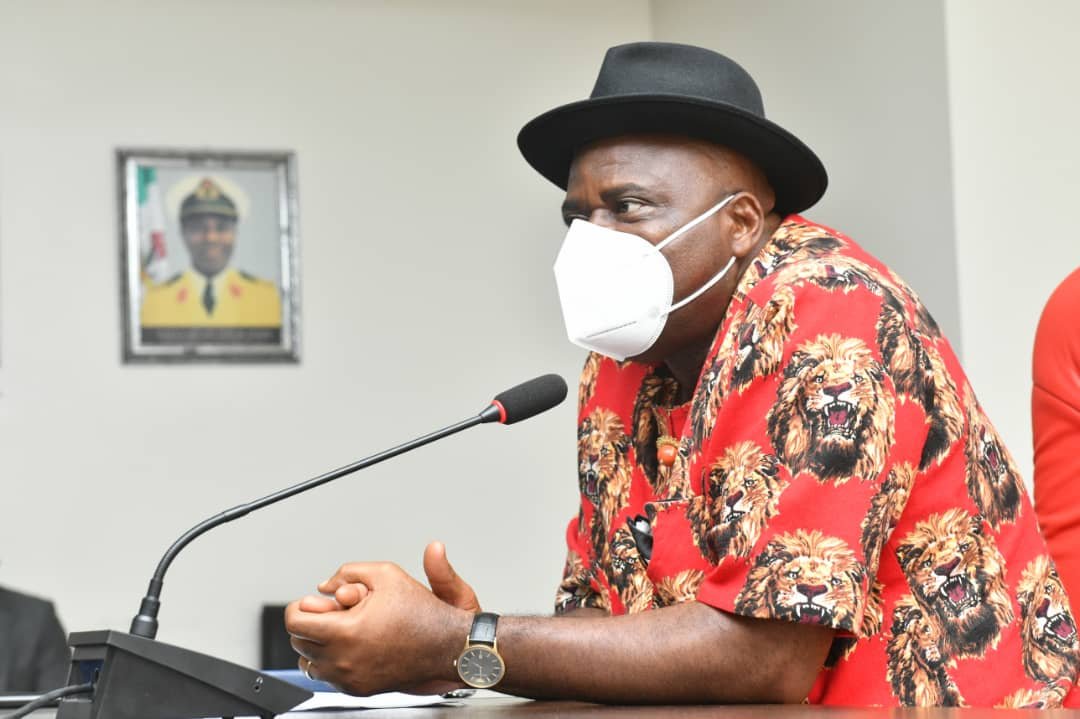