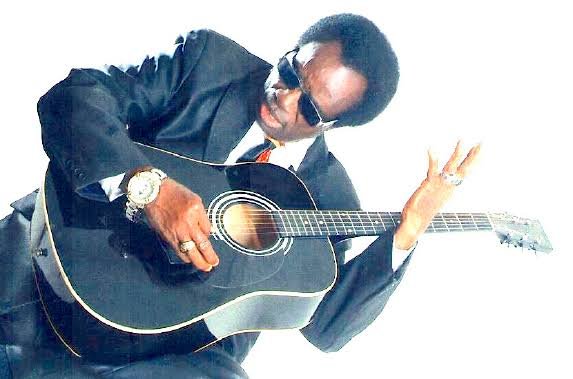 The Governor of Performing Musicians Association of Nigeria (PMAN), Comrade Willy Eghe-Nova has described the demise of one of the founding fathers and chairman of Edo PMAN Elders Forum and Advisory Committee, Professor Victor Uwaifo, as a rude shock.

He made this known during a consolatory visit of Edo PMAN to the family of the late maestro in Benin, Monday.

In his consolatory speech laddened with eulogy for the late musical icon, Eghe-Nova, described late Prof. (Sir) Uwaifo as a committed and passionate member and adviser whose tax receipt was instrumental in registration of PMAN by the Federal Government, 1984.

According to him, “Professor Sir Victor Uwaifo in Nigeria Music Industry was like the biggest Iroko tree in the forest. Indeed, the oldest, biggest, tallest and most prominent Iroko tree has fallen!”, he mourned.

Sharing in the pain of the biological family of the deceased Prof, Eghe-Nova noted that PMAN being the musical family of the highly celebrated icon is determined to do all it can to give him the honour he deserves by participating in according him a befitting burial.

He made all necessary overtures to appropriate authorities, PMAN Patrons as well as Government, both state and federal to immortalize the departed music icon, role model and front line promoter of Edo culture. While calling on Edo State Government in particular to give him a state burial.

On his part, the public relations officer of the Association, Mr Courage Asia charged all members both home and in diaspora to bring in their expertise to ensure that the musical legend is given a befitting burial.

BREAKING: Dr Obiora, one of the founders of EKO Hospital is dead