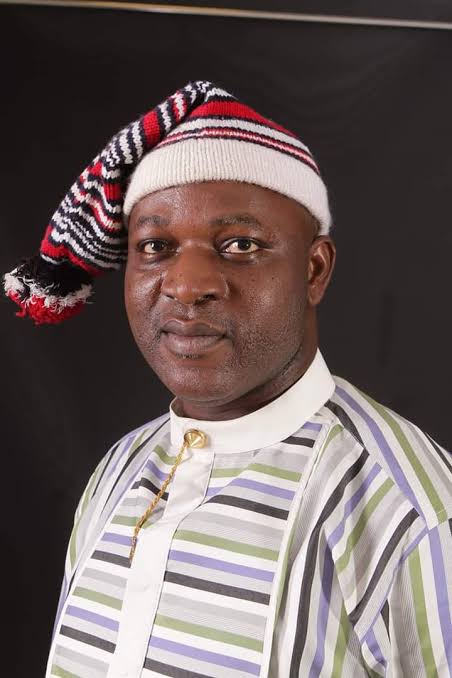 Chief John Okiyi-Kalu is the Commissioner for Information in Abia State. In this interview, he spoke on why the South East security outfit, Ebubeagu, has not taken off in the state.

He equally spoke about the infrastructural development of the state and more:

From what people are saying and things on ground, it appears the state government has woken up from its slumber with regard to road reconstruction?

There has never been any slumber. From the very first day the governor showed up for work, he flagged off the reconstruction of seven road projects, including Umuola, Ehere, Kamalu and others and the roads were delivered in his first 100 days in office. Today, they are still standing strong.

As at August 2020, we had done about 89 completed road projects across the state; so, I wonder why people are saying the state is waking up from slumber.

Abia State came first in the measurement of 2020 foreign investments in the 36 states of the federation, third behind Lagos and Abuja; you can imagine what that means. Abia has been taking first position for many years running in WAEC exams. The state is referred to as the safest state in Nigeria and one of the most peaceful. This is a result of Governor Okezie Ikpeazu’s efforts; so, when people talk of waking up from slumber, I beg to disagree.

There is this allegation that most of the roads reconstructed are located in one area, Abia South. How true is this?

There is always going to be allegations of partitioning of investment because now, our opponents no longer have anything to say. As at 2015, and indeed 2019, they formulated their issues around Aba and they were taking pictures every day. The mantra then from the opposition was that if you fix Aba, you have fixed Abia. Now that we have fixed Aba, they have turned around to say we have not fixed other places; well they are wrong. As of today, we have done 18 internal roads in Umuahia. It is also this administration that did Ugwueze Road in Abiriba and did Abiriba-Nkporo Road, in addition to constructing the Okunaku Bridge in Ohafia and the first phase of Ohafia ring road as well as the bridge in Imenyi, all in Abia North. A government that has done all these cannot be accused of partitioning investment in Abia.

Government gave assurance that the Osisioma flyover will be completed on May 29. How feasible will that be?

The Commissioner for Works said the work would be completed by May 29, and we have no reason to doubt that.

You said Abia State is the safest and one of the most peaceful states in the country. But, we have had a series of attacks by gunmen in parts of the state in recent times. How do we reconcile this?

When you talk about safety, you are talking in relative terms because there is no absolute security. Even in the developed world, we do have crimes being committed daily in large numbers; it might even be higher than the numbers you see in Nigeria. So, when you talk about security, you are speaking to relative security. If you look at what is happening across the country, Nigeria is experiencing generalized insecurity for the first time in history. If you compare what you have in Abia to what you have elsewhere, you would agree that this state remains the safest. It is true there are pockets of attacks but we are on top of it.

What members of the public do not know is that a lot of arrests have been made. Even after the Bende Police Station bombing, arrests were made. What we don’t want to do is to be hasty in throwing people before cameras to say this is one of the unknown gunmen.

We want security agents to do a thorough job, arrest those who are responsible for these attacks, and use them as a basis to get to their sponsors.
It was to nip the attacks in the bud that we introduced curfew which others copied. We delivered Zone 9 Police Headquarters to the police, and delivered houses to the police all in our bid to buoy up the confidence of the men of the Force. Gov Ikpeazu is the most intelligent governor in Nigeria, but the difference between him and others is that he is not a noise maker.

Why are the unknown gunmen still attacking with precision and success, despite all the measures put in place by the government?

All the while they were attacking at night, but Uzuakoli was attacked in the morning, and they did not see police to kill or injure. They did not burn down the station or see criminal suspects to release, but we were still able to track them after the attack. We have people in custody answering questions concerning Bende and Uzuakoli attacks and this goes to show that our strategy is working.

Abia was among the states in the South East that announced the coming of Ebubeagu security outfit. Why has it not landed in the state?

The problem with Ebubeagu in Abia State is the same problem we are having across the South East region; it is the issue of tying up the law. We are waiting for the state House of Assembly to tie it up because what you should do if you are going to have individual states vigilante services that will have a handshake with another state’s own is to amend the existing law with regards to the vigilante service and allow a handshake with that of another state. All the five South East states have their vigilante services and they all are amending their laws as we speak to see how that handshake can happen.

Now, once that handshake happens, then we can go ahead and formally launch ours. But, that is not to say there is a vacuum. HomeLand Security is still in place; Abia State Vigilante Service is still in place. Once there is the enabling law that will rename them Ebubeagu and allow the handshake, what we will now do is to migrate to Ebubeagu.
The difference in what we have in the existing structure is twofold, name and the capacity to have a handshake with other South Eastern states’ security outfits. When you have the enabling law, it makes it possible for Ebubeagu Abia to share information with Ebubeagu Enugu or Ebubeagu Ebonyi.

For instance, quite recently, we tracked a Hummer bus carrying criminals in Abia; the same bus was the one used by hoodlums to attack Ubani Police Station. As we tracked that white Hummer bus, it zoomed into another state and that was the end of the tracking for us. If there was the Ebubeagu handshake, what we would do is to pass the tracking to people in that state and inform them that the bus was carrying unknown gunmen and that they should gun them down; that could have been the end.