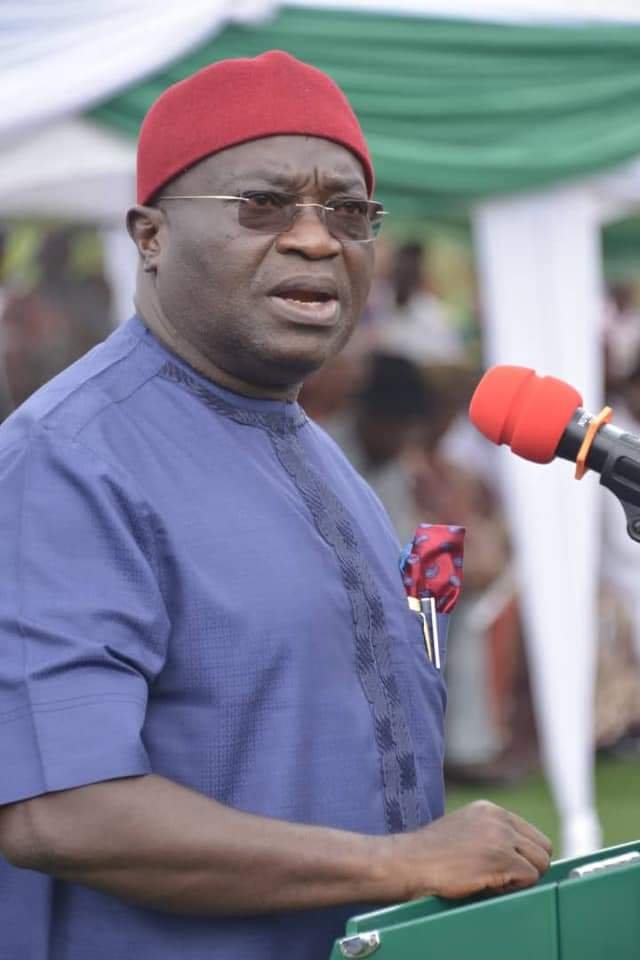 Abia state Governor, Dr. Okezie Ikpeazu has said he will be neutral in the decision of who succeeds him as governor in 2023.

He explained that in 2015, nobody gave him a chance to emerge as the Governor, but God made it happen, stressing that power is a serious matter that God will not leave it entirely in the hands of men.

The Governor, who stated this in an interview in Umuahia, however, disclosed that he will prefer a successor who possess passion, humility and selflessness to enable him create a platform that will engender participation from all kinds of people including the youth, women, disabled and downtrodden.

He also prayed for a successor who will build on his legacies, mean well for the state and do better than he has done in his tenure.

“The question of who succeeds me in 2023 resides entirely within the purview of God, but every man in my position will pray to get a successor who will sustain his legacies and mean well for the people of the state and also do better than I have done. I will want to see a successor that has sufficient passion, not self centred and sufficiently humble to create a platform that will engender participation from all kinds of people; the lame, the blind, the youth, the woman, the downtrodden and all the people. And for it to happen, I’m trusting and believing in what God can do. At all times as Governor, I try to emphasize some virtues and traits that I think we need to grow to move forward. I will not want to be in a place where I will literally determine who will be governor, I won’t do that because I know I cannot because mine is a divine mandate. Nobody gave me a chance, but God made it happen. So, God can also raise somebody. Power is such a serious matter that God will not leave it entirely in the hands of men.

While praying for what he described as fair weather in 2023, Ikpeazu stated that he will do his best to be in a position to have the conscience to appeal to God to do the needful about his successor.

“Maybe, if I have expectations, let it happen, but I will be sufficiently neutral such that I will be able to accept whatever decision God makes the outcome. I have spent time in my lodge in Aba, it is a three bedroom apart. I don’t know how many governors can reside in this kind of place. But I stay here because I want to keep my eyes on the fact that I’m the Governor today, but I will not be the Governor tomorrow. I won’t take myself too far away from how I live my life. I will work hard to the point that somebody coming after me will find it difficult to operate unless he is running on this same lane.”

Asked whether he will be running for the Senate in 2023, the Governor disclosed that he is faced with three options of returning to the classroom as a lecturer, learning how to make shoes as a student of the Aba Footwear Academy and listening to his people’s decision on his political future.