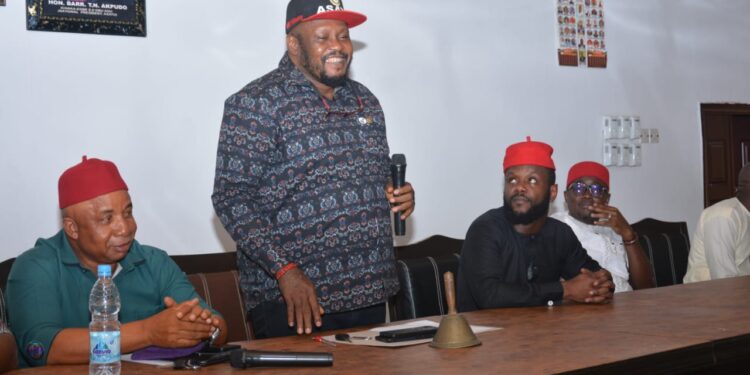 12
SHARES
115
VIEWS
Share on FacebookShare on TwitterShare on WhatsApp

In furtherance to his ongoing consultation across the country for support in next month’s Presidential Election, the candidate of the All Progressives Congress – APC, Asiwaju Ahmed Bola Tinubu, has intensified consultations to ensure he emerges winner at the polls.

As part of efforts to reach Southeast voters, more work is being put in place in this direction by Bola Tinubu and his team, who are meeting and discussing with different segments of the society. In this regard, on Tuesday, 24th January, Seyi Tinubu, Uzuegbuna Okagbue and other members of the Tinubu team, with the Anambra State APC Youth leader, Innocent Nwata, paid a courtesy call on some critical stakeholders in Anambra State.

Upon arrival to the state, the first point of call was the Palace of His Royal Highness, Igwe Peter Anugwu of Mbaukwu, where the Igwe gave Seyi Tinubu a chieftaincy title. The Obi of Onitsha, His Majesty Igwe Nnaemeka Alfred Achebe, was also consulted by some members of the team, led by Uzuegbuna Okagbue. 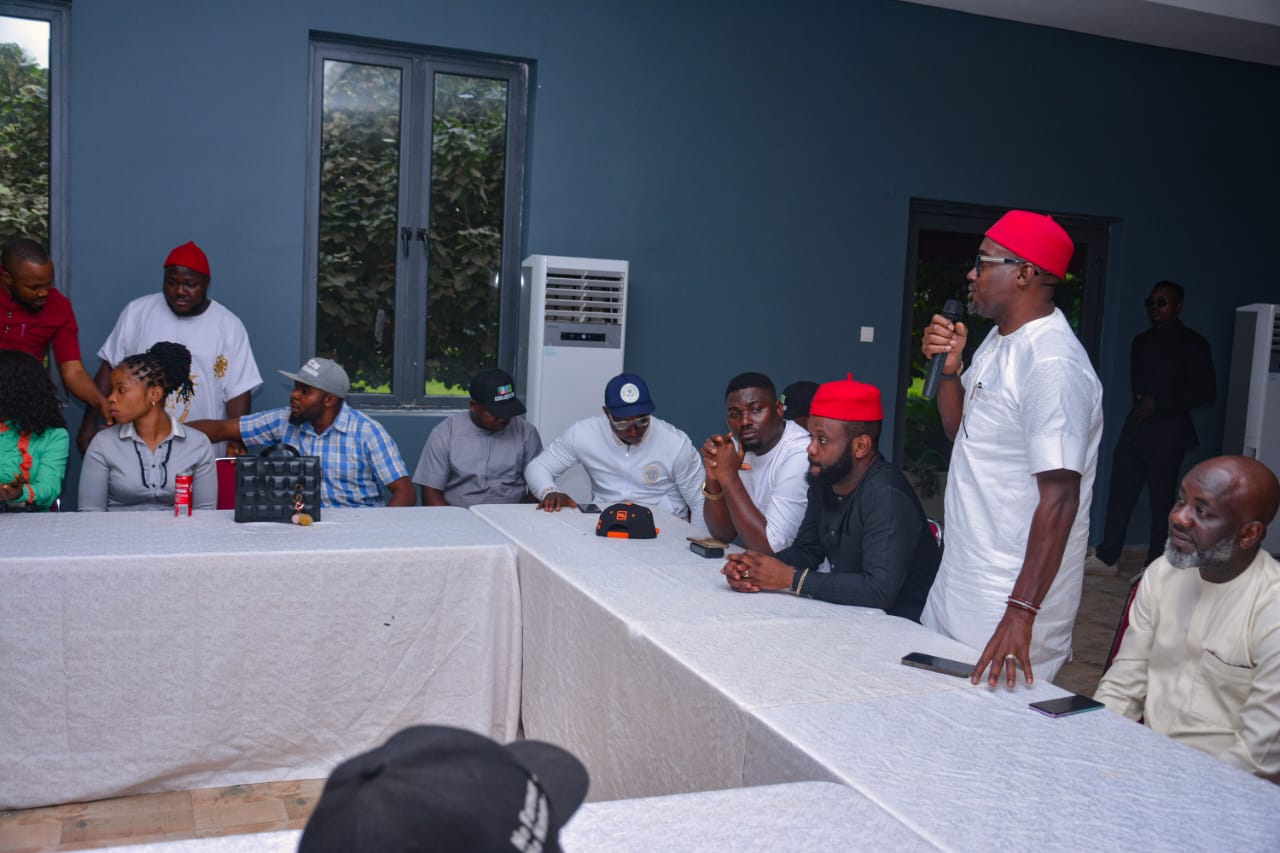 Mewnwhile, Seyi Tinubu and the entire team paid courtesy call on the Anambra State Association of Town Unions – ASATU in their office at the Anambra State Government House premises in Awka. The meeting chaired by the National President of ASATU, Barr. Titus Akpudo, was attended by members of ASATU comprising of Presidents General of communities in Anambra state. In his remarks, the National President of ASATU said that Igbos does not hate anyone and that what they want is a sense of belonging. “What the Igbos want is somebody that will give them a sense of belonging”, Akpudo said.

Earlier, Seyi Tinubu had stressed the need to support Bola Tinubu to become the next President of Nigeria, as a detribalized Nigerian with clear records of working with people from all parts of the country, even people from Anambra State. According to Mr. Tinubu, the 2023 Presidential Election, must be about the person who has shown, through what he did before, that he is capable of managing diversity. This, he said, none of the other candidates has shown as much as Bola Tinubu has.

For Uzuegbuna Okagbue, every election is different and is contested with the intensity that matches the contest in question. For emphasis, Okagbue said that national elections must be approached from the viewpoint that it is a national election, so that whichever way it goes, given Nigerian realities, Igbos will have nothing to lose. The team also had an audience with ASATU women wing. 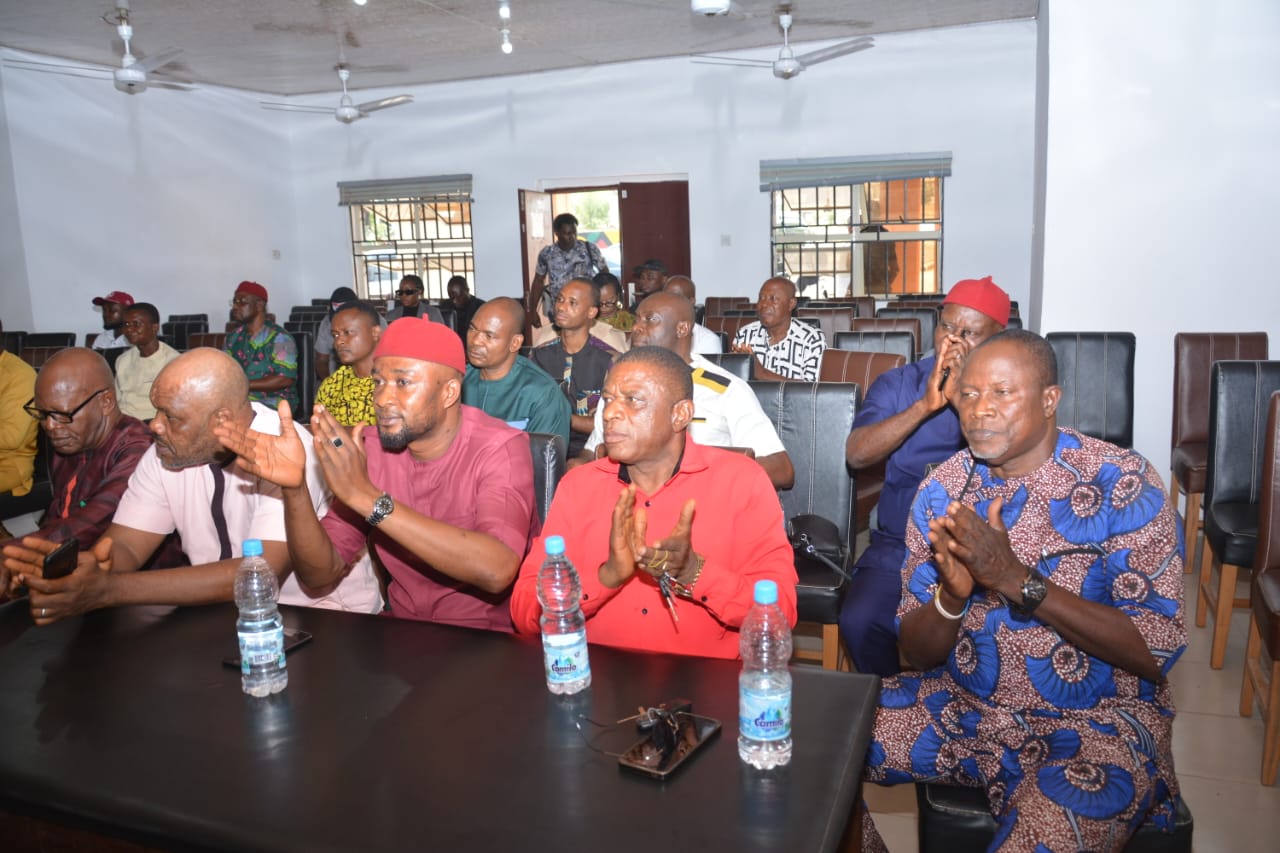 Other stakeholders consulted by APC presidential candidate’s team include Christian Association of Nigeria – CAN, Anambra State chapter. Nigeria Union of Journalist -NUJ, who were met at the Union’s office in the state, and the National Youth Council of Nigeria – NYCN, Anambra State. This would be the first time a presidential candidate’s team is paying courtesy call to these stakeholders and critical players in Anambra’s electioneering landscape.

Seyi Tinubu is also the only biological child of any presidential candidate in Nigeria, who is personally involved in campaigns ahead of the February 25th Presidential Election.