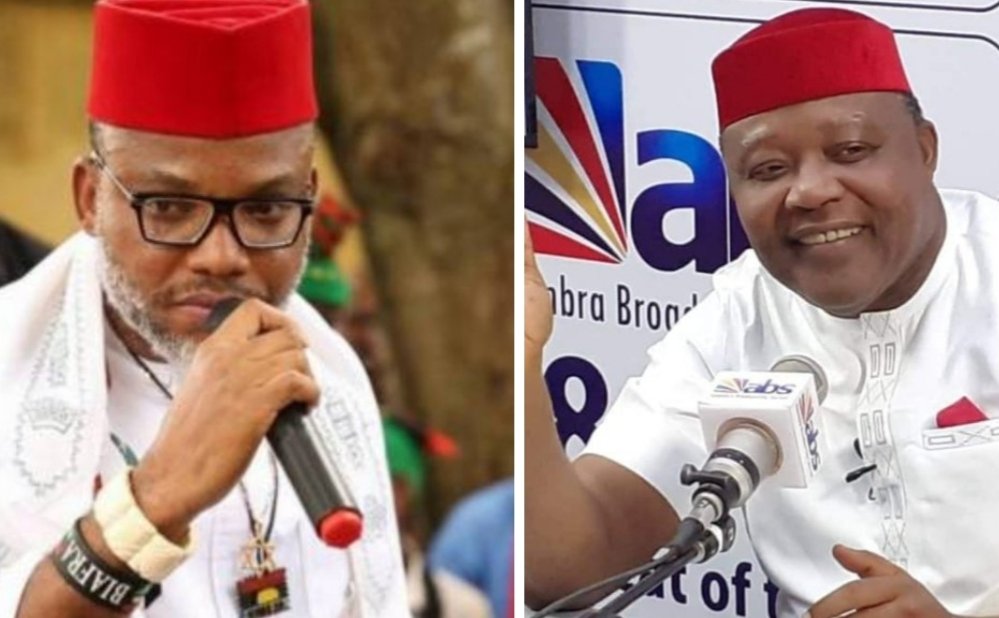 Candidates for the forthcoming November 6 Anambra gubernatorial election has called on the Federal government to urgently address Nnamdi Kanu’s issue, and promptly put to rest all controversies revolving around his arrest and detention.

The ADC candidate, Sullivan Nwankpo, urged the federal government to focus and address the untold plights of Ndigbo in Nigeria, while others also reiterated call for the immediate release of Nnamdi Kanu from detention.

“Nnamdi Kanu is a symbol, an important symbol today. He has built an organization that is beyond him. So, when I approach the issue of Nnamdi Kanu, I approach it from the perspective of an organization called IPOB, that has raised substantive issue both at home and in our relationship with the federation. Keeping Nnamdi Kanu in detention is completely missing the issue. I think we should get Nnamdi Kanu out and, then, focus on what IPOB is saying, how do we get governance at home, and dialogue with the federation of Nigeria in such a way that every Igbo child can walk around knowing that he has full respect and cannot be undermined.” Nwankpo Said

The APM governorship candidate, Architect Colonel Geof Onyejepu, supported the call, and promised that he would make sure Nnamdi Kanu regains his freedom as soon as possible

” I will not only support the call, I will dialogue with him. And as I’m running this election, I’m going to visit him in DSS custody. I believe that dialogue archieves most things. It is not everything that you achieve by boots on ground. I will go through the back door to get a solution for the nation,” he said

According to the AAC guber candidate Dr. Chidozie Nwankwo, “Dialogue is the best approach to settling issues,even in your family, he is one of us, we need to have people explain the pros and cons, we need to find a way we can all come to the table and iron out differences, and find out what are the things he is agitating for and find how we can solve it and avoid further blood shed.”

While the PDP gubernatorial candidate Val Ozigbo joined the advocacy for the release of Kanu, he maintained that Nigeria is not a country to be proud of and called for a total overhauling of the system, and restructuring of the country.

Nnamdi Kanu, the leader of the pro-Biafra group, IPOB is detained in the facility of Nigeria’s secret police, the DSS, in Abuja.