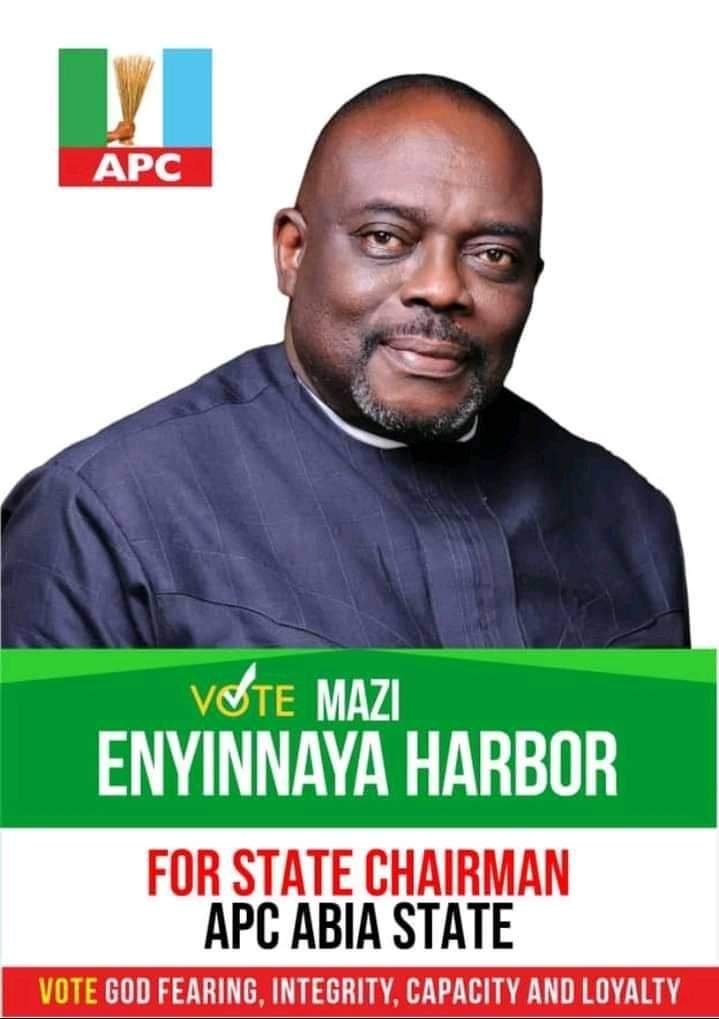 The All Progressives Congress (APC) in Abia State has elected Mazi Enyinnaya Harbor as its new chairman.

The congress, held in Umuahia, was supervised by the State Congress Committee, led by Rep. Kolawole Babatunde.

The committee returned Chief Enyinnaya Harbour as the state Chairman, having polled 1,260 votes with 17 voided votes.

It also returned Chief Chidi Agbaja, who scored 1,200 votes, with 22 voided votes, as the state Secretary.

Meanwhile, Obinna Atuonwu, who polled 1,214 votes with 20 voided votes, was returned as the state Organising Secretary.

G5 Governors Will Continue To Push For Equity, Justice in PDP— Ikpeazu

All the canditates ran the election without any opponents, while zonal offices were filled by consensus.

“The congress was peaceful and well conducted. People came out from the 17 LGAs. There is no victor or loser, APC won.You can see the response, and it was massive.”

Reminded about the parallel congress, Babatunde who is a former member of the House of Representatives from Ondo State, said those were said to have conducted a parallel were on a ‘picnic’ and risk sanction as his panel was the only sent by the party’s national secretariat to conduct the state congress in Abia.

Any individual or group organizing another congress elsewhere is on picnic. The party constitution is very clear that there should be no parallel congresses anywhere. There are sanctions for such individuals or groups.”

In his acceptance speech, the newly elected state chairman, Chief Enyinnaya Harbour, pledged to rebuild the APC in the state, adding that the doors of the party are open for genuine members

“APC Abia State stands today at the threshold of a historic breakthrough that had eluded her since 2014. With today’s Congress so peacefully conducted by the National Committee, we are set to rebuild APC in Abia State. Our doors are now wider open to receive all men and women of goodwill that desire to see our dear State take to the top.

“Even as we welcome all, our Exco shall not be a breeding ground for anti party activities or tolerate anyone who claims to be APC at day and other parties at night. We accept the mandate to build a big united party in Abia.

“We have also come to restore their faith in our democracy and our electoral process as typified by our congress today.”