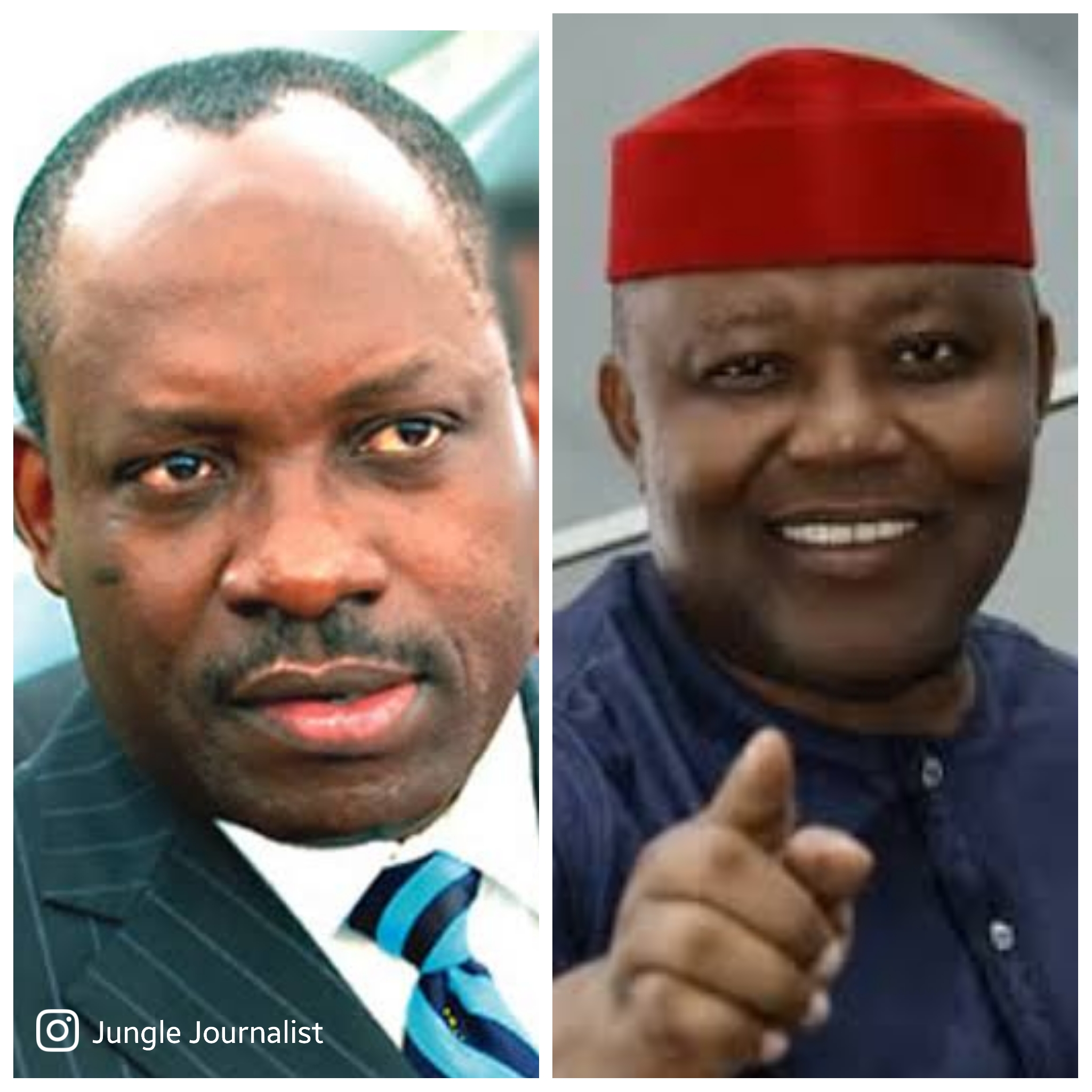 The former Central Bank Governor, and All Progressives Grand Alliance (APGA) frontline gubernatorial aspirant had earnestly made a request proposal to a principal rival in the forthcoming party primary election.

“Nna….When I block this side, you run to the other side. When I thought you have been boxed, you roar again from the blues. Nna, biko, Akachukwu, leave this thing for me now. Leave it for me”. Soludo said

And Nze Nwankpo responded “Nna, Odenigbo…gini ka ina akodi ihea. What are you really saying?” and they bursted into loud laughter.

Reading the political thermometer in APGA, Akachukwu Nwankpo who was first to officially declare his interest to contest for Anambra governorship election at the APGA state secretariat have continued to garner support, and now enjoys massive solidarity with pomp and pageantry from the party stakeholders, grassroots activists, youth groups and discerning leaders of thought in Anambra state. The show of love is inexplicable, highly intoxicating.

As the current extends underneath the waters, pushing for a tsunamic flush, Prof Soludo who had painstakingly accessed other APGA aspirants on parade understands that Nwankpo is the real man to beat. Consequently, he has doubled consultation efforts, hosted several endorsement rallies, just to ensure that he outwits Nwankpo at the guber primary election.

Truth be told, the rapid pulse of APGAns who want the best for ndi Anambra and the party had confirmed Akachukwu Nwankpo as a candidate of choice, one who does not see any strong rivals in the race for the APGA ticket. Though, other aspirants in the roll call have their respective last minute cards to play, reason they continued to nose-dive, and steal a glimpse at Nwankpo’s strategic winning formula. It is possible they would cue behind, eventually, aggregate in the parlour of brotherhood to excitedly handover the party flag to Nwankpo at the venue of the scheduled June 23 APGA gubernatorial primary election.

The coast had never been clearer, as the federal Lawmakers and their state counterparts in the guber race had allegedly secured automatic tickets to retain their current positions while waiting for 2023 general elections to shine again like the northern stars.

No doubt, Prof Soludo will be competing with Barrister Nwankpo at the forthcoming governorship primary election. While the Honourables Umeoji, Ewepudike, Cater, Smart, Thankgod, and Unknown APGA Aspirants(UAA), others will join forces to step up the game in favor of Nwankpo, the “Oputa Ifeadi 1” of Anambra.

All things be equal, the Lawmakers have nothing to lose at the APGA guber primary election. They are equally confident in Nwankpo’s ability and capability to win the APGA guber ticket, and carry everyone along to an overwhelming victory at the November 6 polls.

This is the political arithmetic, as it stands. Be your brother’s keeper, and think Anambra families first.