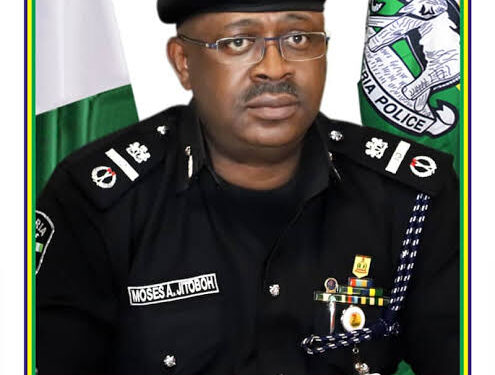 13
SHARES
129
VIEWS
Share on FacebookShare on TwitterShare on WhatsApp

Deputy Inspector-General of Police (DIG) in charge of Operation Restore Peace in Southsouth geo-political zone, Moses Jitoboh, has disclosed members of the Indigenous People of Biafra (IPOB) are gathering in Edo State.

Jitoboh spoke in Benin at the launch of operation restore peace in the Southsouth zone.

He noted Edo and Bayelsa were enjoying relative peace in Nigeria, while stressing residents must not allow IPOB members to come in and scuttle the peace with secession messages.

The DIG asked the residents of the communities where the harbingers were holding their meetings to always report them to the police for urgent attention, pointing out it would be better to nip the IPOB members’ activities in the bud than allowing them to grow beyond control in the state.

He said his mission in the crude oil and gas-rich zone was to restore peace to it, reiterating that President Muhammadu Buhari inaugurated the operation restore peace in the troubled Southsouth and Southeast zones, with him being in charge of the Southsouth zone.

Jitoboh, while reacting to the call by stakeholders to profile persons recruited into the vigilance groups in Edo state, asked Edo Commissioner of Police, Phillip Ogbadu, to work in synergy with the heads of the groups to remove the bad eggs.

The police chief noted that policing Edo was not an easy task, while stressing that there was the need for the police to continue to work-hand-in-hand with the vigilance members, in order to ensure a lasting peace in the state.