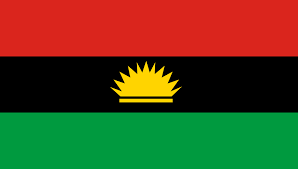 18
SHARES
175
VIEWS
Share on FacebookShare on TwitterShare on WhatsApp

South East Governors’ Forum Chairman, Governor Dave Umahi has revealed that governors of the South East will consider approving May 30 as Biafra day.

This comes after a successful sit-at-home order by the Indigenous Peoples of Biafra (IPOB).

South East Governors’ Forum Chairman, Dave Umahi said the day will be set aside to remember millions of Igbo that lost their lives during the civil war.

Governor Umahi of Ebonyi State, who stated this during a television interview, said there was the need to set aside a date to honour the Igbo who died during the three-year war, insisting there was nothing wrong with it. He said if a proposal to do so comes before the South East governors, they would give it consideration.

Explaining the reason May 30 should be set aside in Anambra, Abia, Enonyi, Enugu and Imo states as a day to remember the dead, he said if the country can recognise June 12 as Democracy Day to honour MKO Abiola, winner of the 1993 presidential election, there was nothing wrong in setting aside a day to remember five million Igbo, including children who were killed during the war.

“People are beginning to say that even beyond the issue of sitting at home, there is a need to set aside a date to honour our brothers and sisters who died during the civil war and there is nothing wrong with doing that. If it comes before the South East governors, we would give it consideration and put conditions and one of them would be that if anyone decides to do otherwise, you must allow the person to exercise his or her rights.

“Children, who didn’t know the reasons for declaring the war were killed and we are saying we should have a public holiday for people like that. We are saying if our leaders bring such proposition to us and speaking for myself, we would grant that day as a public holiday but there must be a proper request for this in one of our meetings. I believe it would even be deliberated upon in our next South East governors’ meeting.

“We have June 12 dedicated to MKO Abiola, we also have a date set aside for our fallen heroes, so, there is absolutely nothing wrong with having a day set aside to mourn our dead but it depends on the motive because such a day is supposed to be a day of reflection.

“The South East leaders would be willing to set aside May 30 every year to honour our dead. The significance of that day, if set aside, is for each and every one of us to reflect and ask if we should have done things differently. Yes, we were being killed and we were being maltreated but maybe there would have been an alternative. What is done is done and the man who led us said there shouldn’t be a second war and that is where we are,” Umahi said.

On the issue of insecurity, he said since President Muhammadu Buhari has directed that anyone found with an unauthorised AK47 should be dealt with, going forward, any armed herdsman seen in Ebonyi will be ‘brought down’.

“The president has directed that anyone found with an unauthorised AK47 and is not a security agent, should be brought down and this is very important for the governors.

“So, if you are a herder, whether you are an Igbo or Fulani or Ijaw and you are armed with an AK47 and you are coming to my place, even if it is with a stick, I would use it to bring you down, that is the order of the President,” he said.