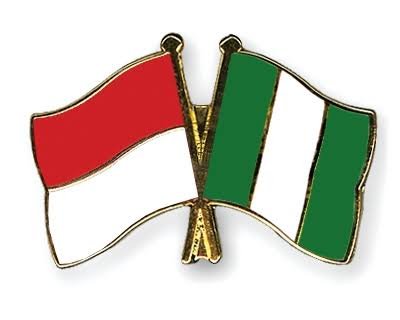 The founder of One Love Foundation, and frontline human rights defender, Chief Patrick Osagie Eholor has threatened to organise and lead protests across the major cities of the world, over the inhuman treatment meted out to Nigerian Ambassador to Indonesia, in front of his office in Indonesia.

Eholor was reacting to a video that has gone viral now, where immigration officials in Indonesia were seen mandhandling the Nigerian Ambassador to Indonesia, Ambassador Baba Mai Sule.

The activist, who who sent a letter to the Indonesian Ambassador to Nigeria in the early hours of Wednesday, 11th August, argued that an apology was not enough in such a brazen act, and demanded that the perpetrators of the heinous act be properly dealt weigh, and sumarily dismissed from service.

He stated that the act was a great insult on Nigeria which must never be condoned by Nigerians anywhere in the worldans as such, Nigerians a s indeed, the world should rise up and condemn the act.

Eholor who spoke to our correspondent from Canada, stated that his plans to organize a protest are on track, unless their demands are met. He listed Canada, Jarkata, New York, London, Lagos and Abuja as cities the protests will begin from.

Below is a copy of the letter:

The Indonesian Ambassador to Nigeria,
The Embassy of the Republic of Indonesia in Canberra
4 Salt, Star Lake Street, Maitama,
Abuja, Nigeria.

We are ONE LOVE FOUNDATION, a global human rights defense organization whose main goal is to protect the rights of all human, defend them when wronged, and provide their basic needs where necessary. We are also advocates of equity and justice, and uphold the rights of people, irrespective of their racial, religious, sexual or moral background.

It is on this note that we were appalled to see a video where a former ambassador of our great country, Nigeria, Ambassador Baba Mai Sule was being inhumanly beaten like a common criminal while he screamed in pain.

A video that has since gone viral showed this aged gentleman being molested and beaten over and over again by young Immigration officers whose intent is evidently to injure him (am sure they did succeed), and humiliate the gentleman.

In as much as the beaten was meted out to a human being, that public humiliation is an assault on our great nation Nigeria. Yes, we know that our country is going through difficult times in terms of economic crunch, terrorism challenges, insecurity and a fierce war against the age-old corruption, but this is definitely not a good reason to institute such an attack on our dear nation. For every attack on our citizens means an attack on our collective pride as a country.

When you attack our own ambassador, it shows that your country’s security outfit has no regard whatsoever for the nation called Nigeria. If your security, which represents the Republic of Indonesia will not bat an eyelid when it comes after our nation, it also boils down to a total disregard for Nigeria by your government.

This also reminds us of the numerous videos and photos of gross abuse against Nigerian nationals in your country, many times leading to gruesome deaths of these Africans.

When your police officers, or Immigration officers, or any other officers treat our countrymen like animals, it tells a lot about how your government perceive Nigerians.

We are already aware that your country apologised for that treatment. We however, do not accept such mockery of an apologist against our ambassador, which we regard as rubbing salt to injury.

We therefore make the following demands:

2. The Head of the Immigrations of the Republic of Indonesia must table an unreserved apology to Nigeria, the former ambassador to Nigeria, Ibrahim Baba Mai Sule and to every Nigerian national illegally arrested, detained or killed in their country

3. The Immigration officers who were involved in this heinous crime must be disciplined immediately, and must be expelled from the Immigration Office. Their direct boss who sent them on the unholy expedition must also be disciplined, or come out publicly to defend himself

Failure to do all this, we and a Coalition of Civil Societies are going to lead the ‘mother of all protests’ against the Republic of Indonesia. This protest shall rage in Nigeria, and will begin at the Indonesian Embassy, in Thailand, in Canada, the United States and United Kingdom.

The protest shall be led by the Founder and President of our great organization, Chief Patrick Osagie Eholor, who is also known as the Ultimate Equal, because he believes all human are not just created equals, but must also be treated as equals. As the Democracy Observer General of the Federal Republic of Nigeria, he has vowed to defend the integrity of our great country. We must live free or we die!

A sovereignty was attacked, and we plan to cancel every diplomatic relationship with the Republic of Indonesia, if our demands are not met. We Nigerians are going to pressure our government to shut down that embassy, and you are going to shut down your own embassy in our country.

This should never happen to Africans again. This is the 21st century and failure to take action will lead to serious protests.

We also use this medium to call on all media organisations across the globe to support us in this fight against injustice and inhumanity.

Anambra 2021: Nwankpo to inaugurate campaign team, ahead of Nov 6 polls