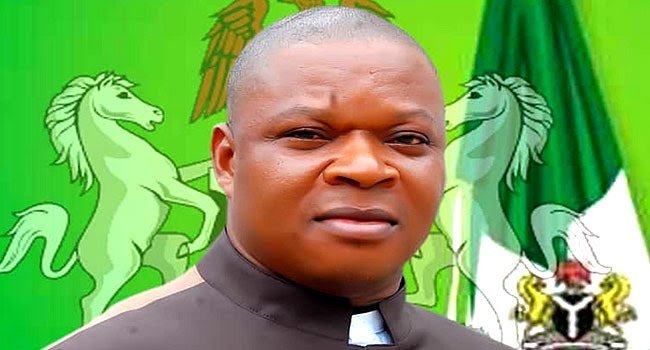 Governor Umahi had wept, while announcing yesterday, Wednesday a public holiday to mourn the commisioner who was proclaimed dead on Tuesday.

“All government officials in collaboration with the state branch of the Christian Association of Nigeria (CAN) would organise prayer and fasting sessions all through the mourning period.

Umahi apologises to judge for attack, gets order for stay of execution

“We have to pray for his family and the ring-road project which he was the chairman of its committee for the past six years,” he said.

He described Mr Nweze as his younger brother, son and “indispensable pillar” of his administration since 2015.

“He died on the morning of June 21 at the Turkish Hospital, Abuja.

“He was travelling to Enugu on Saturday, June 19, about 7 p.m. with his orderly and driver as his vehicle rammed into a stationery articulated vehicle around Obinagu area of the state.

“They were all conscious after the accident as his orderly and driver sustained slight injuries and were discharged from hospital,” he said.

At the moment, there is merriment going on in Ebonyi State, as people were seen dancing on the streets, rejoicing.