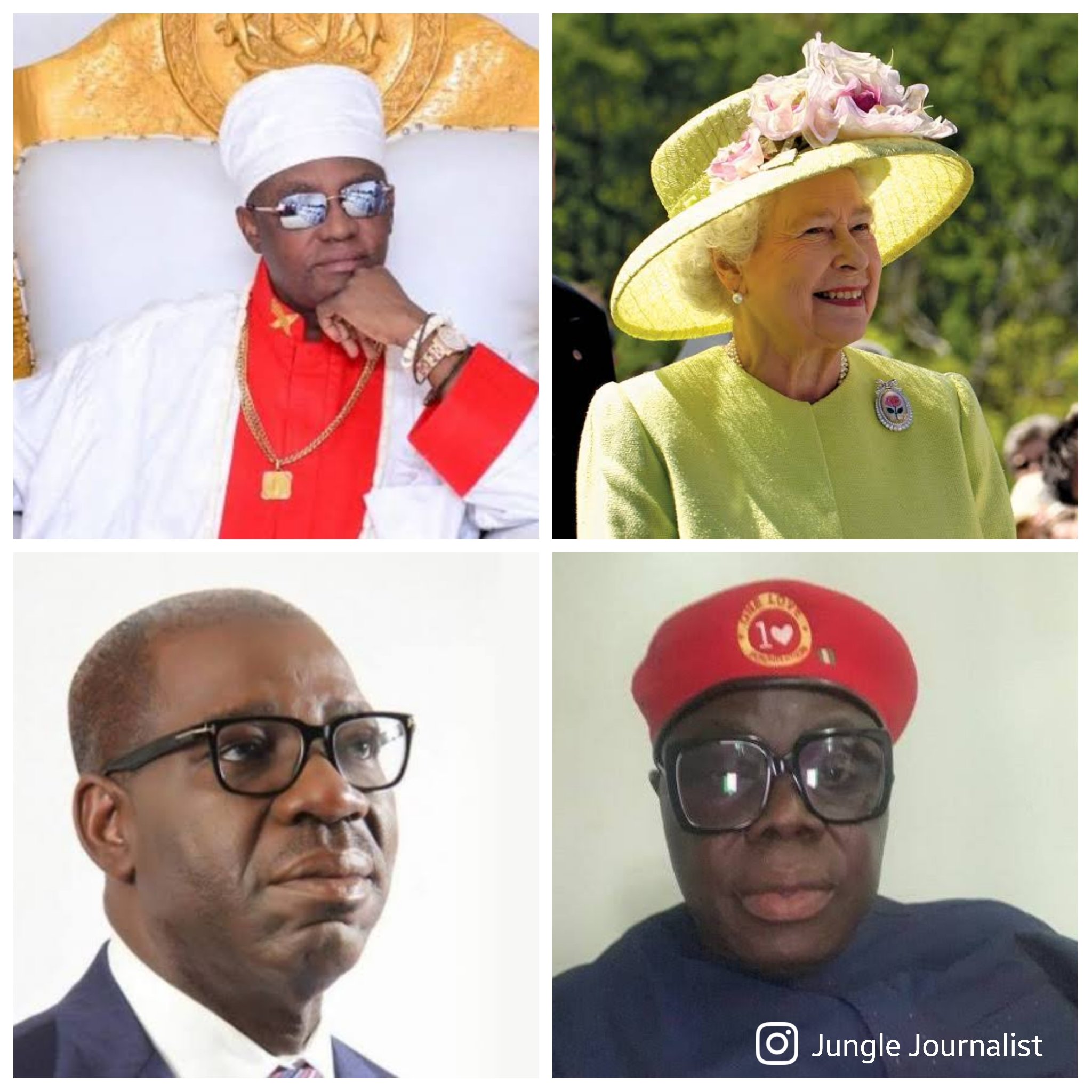 The President of One Love Foundation, Chief Patrick Eholor has faulted plans by the Edo State Governor, Mr Godwin Obaseki to build an ‘African museum’ for preserving artefacts to be returned by German authorities. The artefacts were originally stolen by British soldiers from Benin Kingdom.

Eholor in a viral video wondered why the governor would want to take the glory of the ‘Great Benin empire’, from which the artefacts were stolen, and have been rightly returned.

The activist expressed surprise that the after the Oba of Benin, His Royal Majesty, Omo N’Oba N’Edo Uku Akpolokpolo, Ewuare II proclaimed that the artefacts would be preserved in the Benin Museum, Obaseki jumped out to say that they are going to build a new museum.

His words “Oba Ewuare II has every right to his direct heirloom. For Governor Obaseki working selfishly to usurp the monies or reparations acrued these heirloom is unthinkable and condemnable.

“He should stay away from the affairs of the Benins. The Benins will not tolerate him like they did to his forebears. A word is enough for the wise. Once beaten twice shy.

“We have no other kingdom to call our own outside the Benin kingdom. He should let the sleeping dog lie peacefully.

“Return of the stolen Benin assets that are tied to the history of our people and culture as well as the legacy of Oba Ovenramen who refused to be cowed by some brutal colonialists and paid heavy price in the process.

“The only fitting and proper final resting place for those artworks is the palace of the Oba of Benin. The governor has no business with such assets like his forebears.

“There is the need for all Benin sons and daughters to put Godwin Obaseki in his proper place like his forebears.

“Benins should ensure proper mechanisms are put in place to further put a final stop to this nonsense. Godwin Obaseki to stay away from Benin stollen artifacts and loots. The Benin palace and the royal family should ensure that the returned artifacts do not deteriorate or disappear through third party Godwin Obaseki”.

In April this year, German officials had said they have reached an agreement with Nigeria to return a share of plundered artifacts known as Benin Bronzes.

Thousands of plaques and sculptures were looted from the ancient Kingdom of Benin by British soldiers in an 1897 raid, and were ultimately acquired by museums largely in Europe and the United States.

For the last decade, a consortium known as the Benin Dialogue Group has been working to repatriate these works and establish a permanent display in Benin City, in partnership with museums in Germany and other European nations. German officials announced on Thursday that they will work with Nigeria on plans to return some of its Benin Bronzes in the year ahead.

“The participants are in agreement that addressing Germany’s colonial past is an important issue for the whole of society and a core task for cultural policy,” they wrote in a joint release.
The German officials aim to return the first of their Benin Bronzes next year, and will release more specific plans and timetables by this summer. They said they “reaffirm their willingness in principle to make substantial returns” of the artifacts, but left the door open to keeping some of them.

“Discussions with the Nigerian partners are to cover not only returns to and cooperation projects in Nigeria, but also whether and how Benin Bronzes, as part of humanity’s cultural heritage, can in future be shown in Germany as well,” they said.

Numerous German museums are in possession of Benin Bronzes, the officials said. They invited the ones who are not part of the Benin Dialogue Group to join in their efforts.

There are far more of these historical objects scattered across the globe than in their native country, according to author Dan Hicks. 45 institutions in the United Kingdom and 38 in the U.S. hold Benin Bronzes, compared to just nine in Nigeria.

Berlin’s Ethnological Museum is home to one of the world’s largest collections of artifacts from the ancient kingdom, as The Associated Press reports. Its inventory is estimated to include some 530 items, including 440 bronzes. And roughly 900 such artifacts are housed in the British Museum alone.