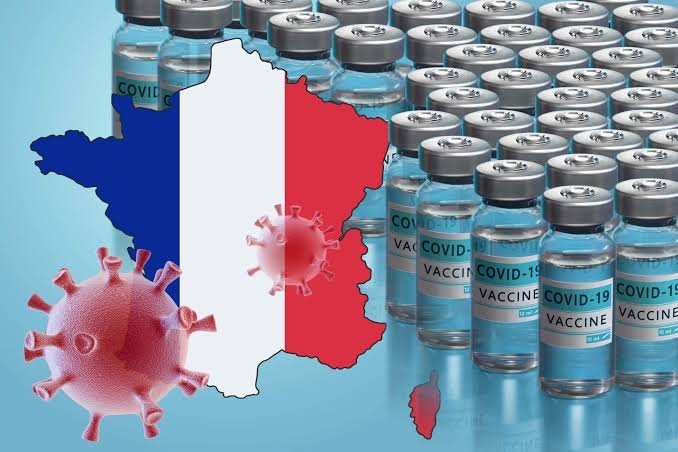 The French parliament approved a bill early Monday that will require a health pass for access to restaurants, bars, trains and planes from the beginning of August.

All venues accommodating more than 50 people already require proof of vaccination or a recent negative Covid-19 test, including museums, cinemas and swimming pools.

Both measures have prompted protests and political tensions.
President Emmanuel Macron and his government say they are needed to protect vulnerable populations and hospitals as infections rebound and to avoid new lockdowns.

The law requires all workers in the health care sector to start getting vaccinated by Sept. 15, or risk suspension. It also requires a “health pass” to enter all restaurants, trains, planes and some other public venues. It initially applies to all adults, but will apply to everyone 12 and older starting Sept. 30.

To get the pass, people must have proof they are fully vaccinated, recently tested negative or recently recovered from the virus. Paper or digital documents will be accepted. The law says a government decree will outline how to handle vaccination documents from other countries.

The bill was unveiled just six days ago.
Lawmakers worked through the night and the weekend to reach a compromise version approved by the Senate on Sunday night and by the National Assembly after midnight.

The rules can be applied through Nov. 15, depending on the virus situation.
Macron appealed for national unity and mass vaccination to fight the resurgent virus, and lashed out at those fueling anti-vaccine sentiment and protests.

About 160,000 people protested around France on Saturday against a special COVID-19 pass for restaurants and mandatory vaccinations for health workers. Many marchers shouted “liberty!” and said the government shouldn’t tell them what to do.

Visiting a hospital in French Polynesia afterward, Macron urged national unity and asked, “What is your freedom worth if you say to me ‘I don’t want to be vaccinated,’ but tomorrow you infect your father, your mother or myself?”

While he said protesters are “free to express themselves in a calm and respectful manner,” he said demonstrations won’t make the coronavirus go away.

He criticized “people who are in the business of irrational, sometimes cynical, manipulative mobilisation” against vaccination. Among those organising the protests have been far-right politicians and extremist members of France’s yellow vest movement tapping into anger at Macron’s government.

More than 111,000 people with the virus have died in France, which is registering about 20,000 new infections daily compared to just a few thousand earlier this month. Concerns for hospitals are resurfacing.

“Umeh Fall Back To Base, Ndi Anambra Have Spoken”- Dr Harris Chuma-Odili

"Umeh Fall Back To Base, Ndi Anambra Have Spoken"- Dr Harris Chuma-Odili