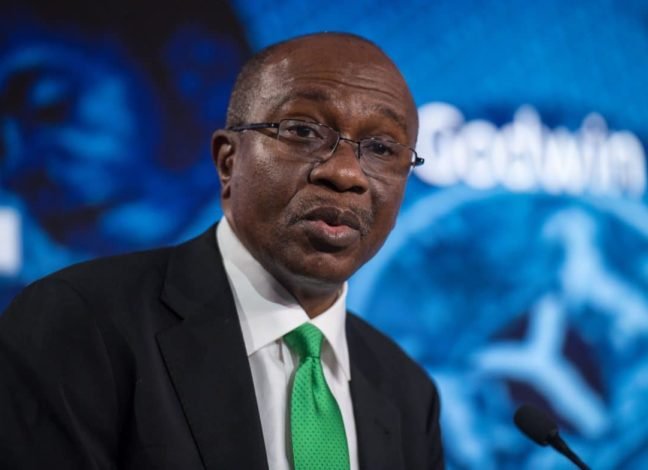 THE Central Bank of Nigeria’s proposed launch of eNaira in October is targeted at tracking ‘unmonitored’ financial transactions in Nigeria’s financial sector, The ICIR’s findings have shown.

The scheme is also expected to track tax evaders as the country seeks to shore up revenue amid a growing concern for dwindling resources.

The apex bank, according to information on its website on the digital currency, explained that the scheme would open up a whole new market of digital currency users for financial institutions to increase their customer base and add value to their own owners.

The eNaira will also create easy access to financial services in remote areas that have suffered financial exclusion for years.

With eNaira, the apex bank notes that tax evasion is history because it ensures the traceability of tax assets and enforces transparency in the taxation system, thereby increasing government revenue.

Central Bank Governor Godwin Emefiele has, at various monetary policy committee meetings, frowned at the un-traceability of financial transactions of cryptocurrency operators in the country.

The CBN was unable to hold a grip on the funding patterns of the 2020 #Endsars because of the digital blockchain funding approach adopted by the protesters through the cryptocurrency.

The funding patterns bypassed the banks and employed cryptocurrency for its funding model.

The CBN had written a letter to Flutterwave, a payment gateway that has been central to the funding movement, threatening to apply sanctions for allowing its platform to be used to distribute illicit funds.

The bank is gearing up to ensure the situation changes.

Analysts and economists say eNaira may not have a direct positive impact on the naira but will cut transaction costs.

“The proposed eNaira is just another payment system platform. It will not have any significant impact on the country’s macro-economic dynamics. For service providers in the financial services sector, it may reduce transaction costs as well as maintenance costs of the current payment channels, “a former Director-General of Lagos Chamber of Commerce and Industry Muda Yusuf told The ICIR.

He noted, however, that the eNaira had no direct impact on the strength of the naira.

“It is more of a legal tender in digital form. Only a change in the fundamentals of demand and supply can impact the exchange rate. The eNaira is not one of those fundamentals,” Yusuf said.

Analysts have also raised concerns on the possibility of resistance by Nigerians as financial matters are often handled in discretionary manner by fund owners.

“People have demonstrated to be much more interested in anonymity, less disclosure, as to when payment platforms are initiated. There will still be reluctance in user adoption. However, when the government puts something to law, people could adopt,” Chief Executive Officer of Assets and Equity Group Michael Abayomi said in a television interview on Aljazeera monitored by The ICIR.

“People would want some liberty when it comes to international transactions in offshore and onshore transactions,” he noted.

“Cost comes down generally, and security is strengthened and there are other cost charges that are eliminated.”

Some analysts believe that this could check illicit financial flows (IFFs) and enhance intra-African trade with the coming of the African Continental Free Trade Area.

“This scheme will enable the Central Bank of Nigeria to be in control of currency flow in the country and allow those doing financial transactions on digital platforms to hold the naira and transact with it instead of holding other currencies.”