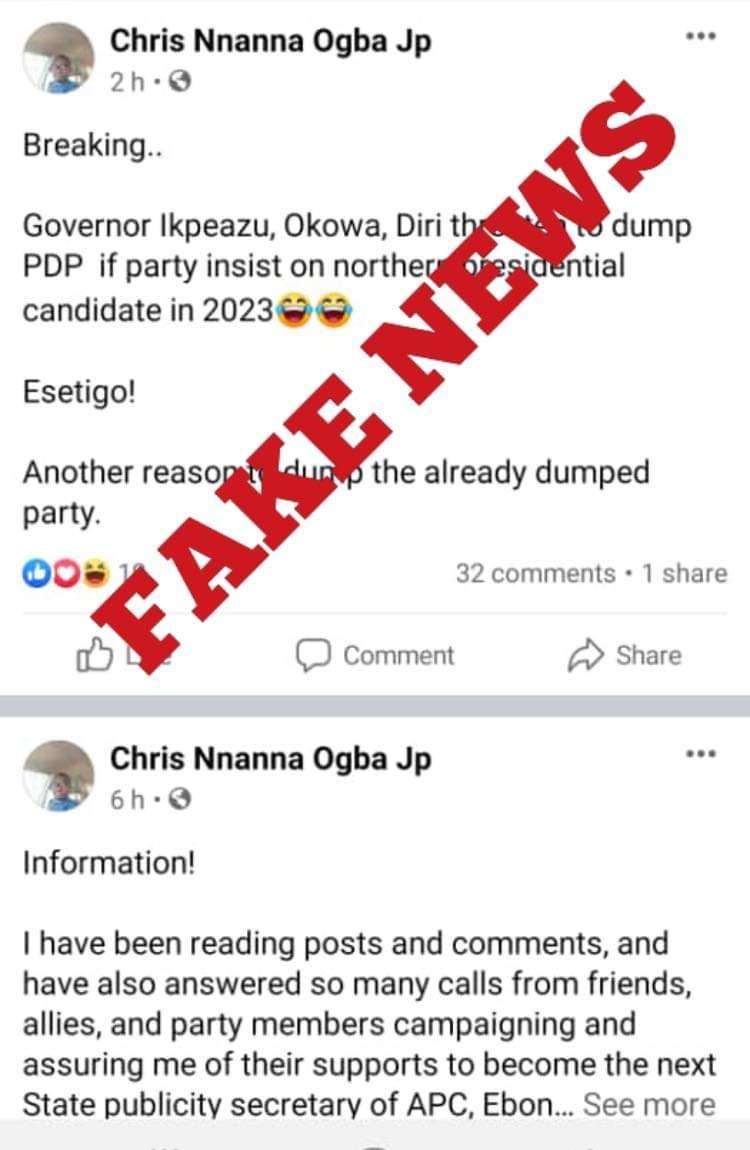 Our attention has been drawn to a social media post by one Chris Nnanna Ogba JP, a former Publicity Secretary of All Progressive Congress (APC) in Ebonyi State stating that “Governors Ikpeazu, Okowa, Diri threaten to dump PDP if party insists on northern presidential candidate in 2023”.

Mindful of the capacity of those associated with that political party to invent and share fake news, we wish to state for the umpteenth time that Governor Okezie Ikpeazu is not interested in decamping to the All Progressives Congress or to any other party for that matter as he and his people are comfortable with the Peoples Democratic Party (PDP). He is also not known to engage in political blackmail as a tool of negotiation hence would not have threatened his party with exit over its decisions.

For the avoidance of doubt, Governor Okezie Ikpeazu did not have any discussion with Chris Nnanna Ogba on the issue of 2023 presidential election and is befuddled at such conjured falsehood.

The position of Governor Ikpeazu on zoning of Presidency in 2023 is “My people and I will have difficulty standing against a party that fields a credible candidate of southeast extraction in 2023”.