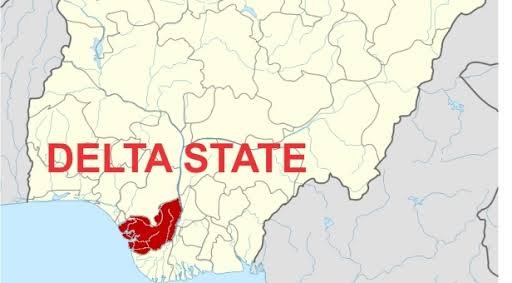 A crisis is currently brewing after oil was discovered in Evue/Igbighogho bushes in Oviri-Olomu Community in Ughelli South Local Government Area of Delta State.

According to a report by Daily Post, five families including Edariese Efedjamah, Irevwiruemu, George Akanuota, Onakota and Ashe families are claiming ownership of the said land.

Four out of the five families, at a press conference held in Udu Local Government Area, said only the five families should be paid compensations and allowed to enjoy the benefits accruable from the land.

They added that only the five families should be entitled to contract awards, employments, Christmas gifts, scholarships and job slots taking place in the land.

While noting that 60 per cent of royalties should be paid to the families, and 40 per cent to the community, the four families said some persons who claimed to be leaders of the community included additional four family names to the already existing five families who originally own the land.

They accused the Nigerian Petroleum Development Company, NPDC, of failure, neglect and refusal to carry them along in the negotiations that led to the acquisition of the land as well as assessment of the project as regards the quantum of compensation payable to them before moving to the land for drilling purposes.

They warned that if caution is not exercised by the NPDC, their actions may lead to a serious crisis in the community.

Speaking on behalf of the Edariese Family, Comrade (Elder) A.P. Edariese said the five families mentioned above owned the land and not nine as forwarded to NPDC by some faceless persons.

He said the five families have been grossly denied their rights to fair compensation for their properties destroyed on the land and totally denied all payments for loss of use of the land as well as their rights to be paid anything under the freedom to operate both at the time of preparation for drilling and now that the company has moved into the land for drilling purposes by NPDC.

While noting that the land is not owned by the Oviri-Olomu Community, Edariese said individuals and families owned the lands.

He said NPDC respects the five families for decency, reasonable fairness and justice allow peace to reign supreme if they want to do business in the land.

Edariese stressed that NPDC imported strange names who have no mandate to lead or represent the community for negotiations against the cries of the five families.

“They refused to hearken to these long calls and cries.

“NPDC is hereby placed on caution, Solemnly advised and warned never to do anything with Chief John Ewenede and his cohorts,” he said.

He said Chief Ewenede and others do not have the mandate of the community to represent the four families in the acquisition of their land by NPDC for the new oil location that’s being developed.

The fallout he said is that one Chief Friday Akporere and other individuals including, Francis Everhe, Pastor David Okoro, Paulina Olosa Orishe sat with NPDC, negotiated the quantum of compensation to be paid to landowners at a meeting.

He said NPDC official land department and consultants, ESV Baridi Baridoma, doing business in the name and style of Baridi Baridoma Consulting, conspired together and inserted four strange names on the location site.

The consultant, NPDC officials, and others were said to have shared the money provided for compensation.

Edariese noted that he and three others were allegedly held hostages at Wellington Hotel in Effurun, Uvwie Local Government Area by an NPDC consultant.

He said he was forced to collect the sum of N1.5 million on behalf of his family by the consultant.

According to him, “he threatened that I love myself, I should collect the money. That if the Lords in Oviri-Olomu Community knows he is dealing with me, he will be in trouble. I should accept the money. I accepted the money under duress. I had to sign the cheque. He said my family was fortunate because we got the larger sum and others got peanuts.”

Mr. Shedrack Akanuota, a representative of the George Akanuota family, corroborated the claims of Edariese saying, only five families owned the land wherein NPDC is currently carrying out drilling works at the moment and not nine as it was mentioned and forwarded to them by some faceless persons.

He said, “They have really sidelined us yet, operation is going on in this land. I don’t know on whose permission NPDC has gone to carry out their operation.

He said NPDC should know that some of the transactions may lead to a crisis in communities where oil is located.

According to him, “NPDC should be cautious of themselves if they are going into communities for transactions to avoid any loss of lives and properties.

“I want NPDC to take note that they have transacted wrong businesses with wrong persons. They need to correct it.”

Mr. David Irhoremu, a representative of the Irhoremu family, one of the families that claimed ownership of the land insisted that only five families owned the land wherein NPDC operates.

He said NPDC does not know the landlords they are dealing with. “They’re dealing with masquerades. Persons who parade themselves to be representative of the community.”

Irhiremu said nobody will down with his/hers folded, eyes closed and watched their Godgiven heritage carted away from them by hoodlums.

“We are not against NPDC operating in our land. It is a welcome development that oil is being discovered in our land. But they should follow due process. They should come back to the landlords, there should be an MoU so that there will be peace in the land in the community.”

Efforts to speak with NPDC were unsuccessful at the time of writing this report.