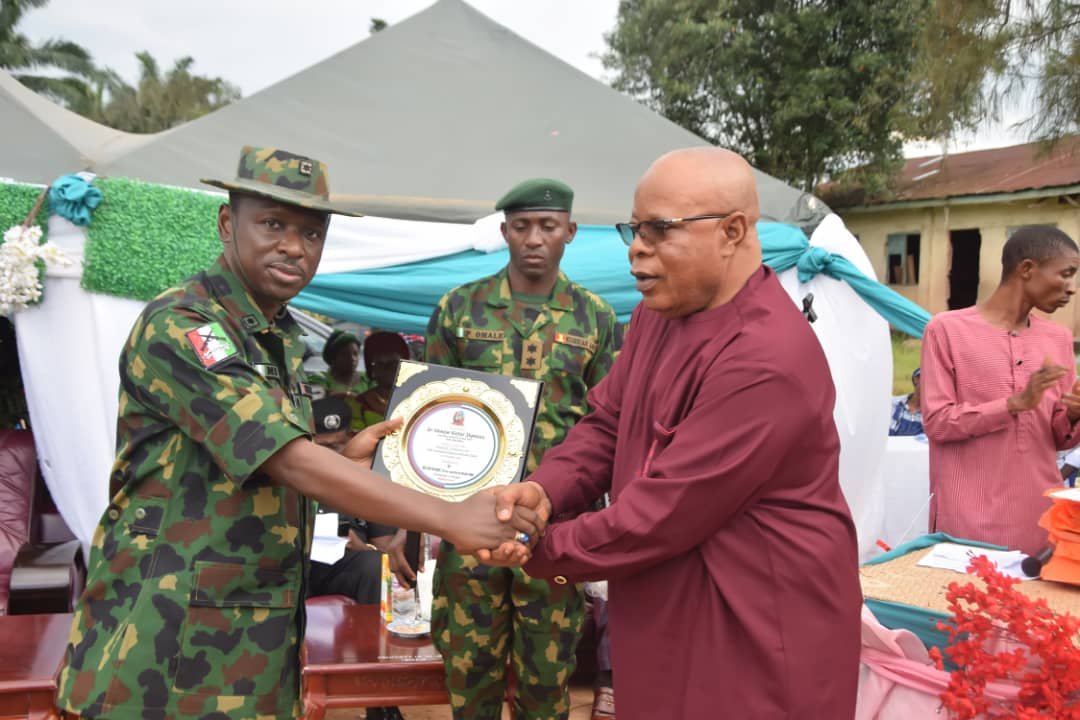 Hundreds of pupils have benefited from free educational materials donated by the 14 Brigade Nigerian Army as part of its Civil Military Cooperation activities marking the flag-off of Exercise GOLDEN DAWN.

The donation presented to pupils of Ogbekwe Primary School Asaga Ohafia was held on 5 October 2021.

In his remarks during the event, the Governor of Abia State Okezie Victor Ikpeazu represented by Commissioner for Health Dr Joe Osuji warned criminals to stay away from the state, saying there is no hiding place for criminality.

He noted that government is aware of the tireless efforts of the Army and other security agencies in ensuring a peaceful country, reiterating that the state places high premium in flushing out criminals. 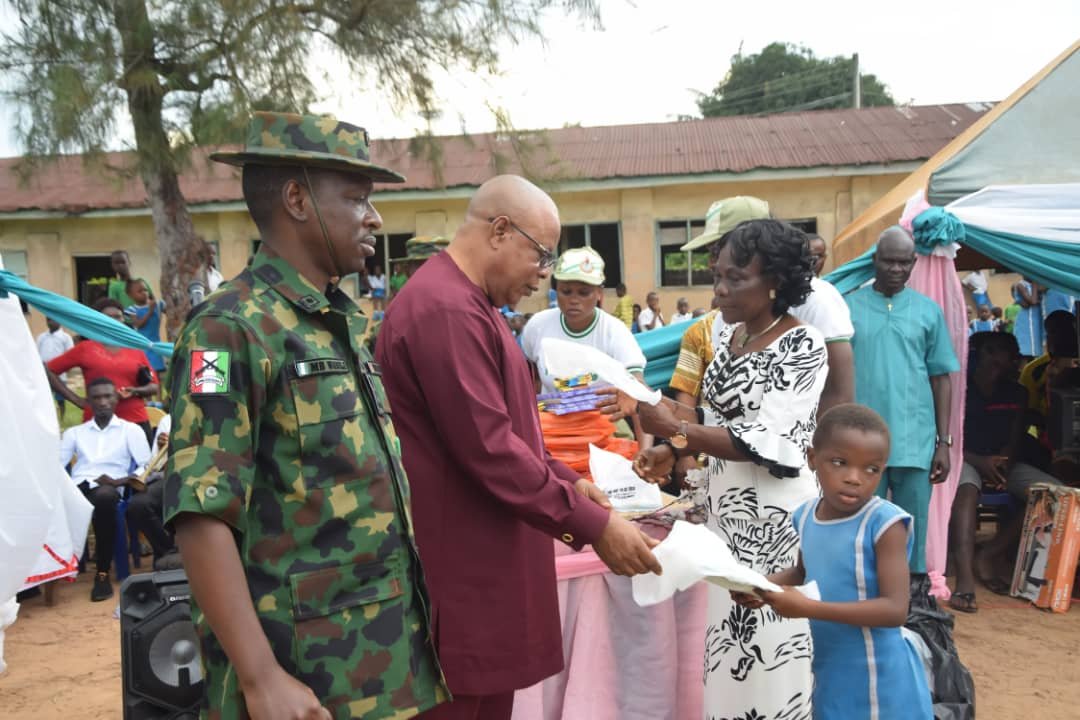 Commenting on the exercise, the Commander 14 Brigade Nigerian Army, Brigadier General Mohammed Bello Wabili disclosed that the exercise is an all embracing one that is conducted with sister services and other security agencies and will dovetail to real time situation, especially as the ember months advance. 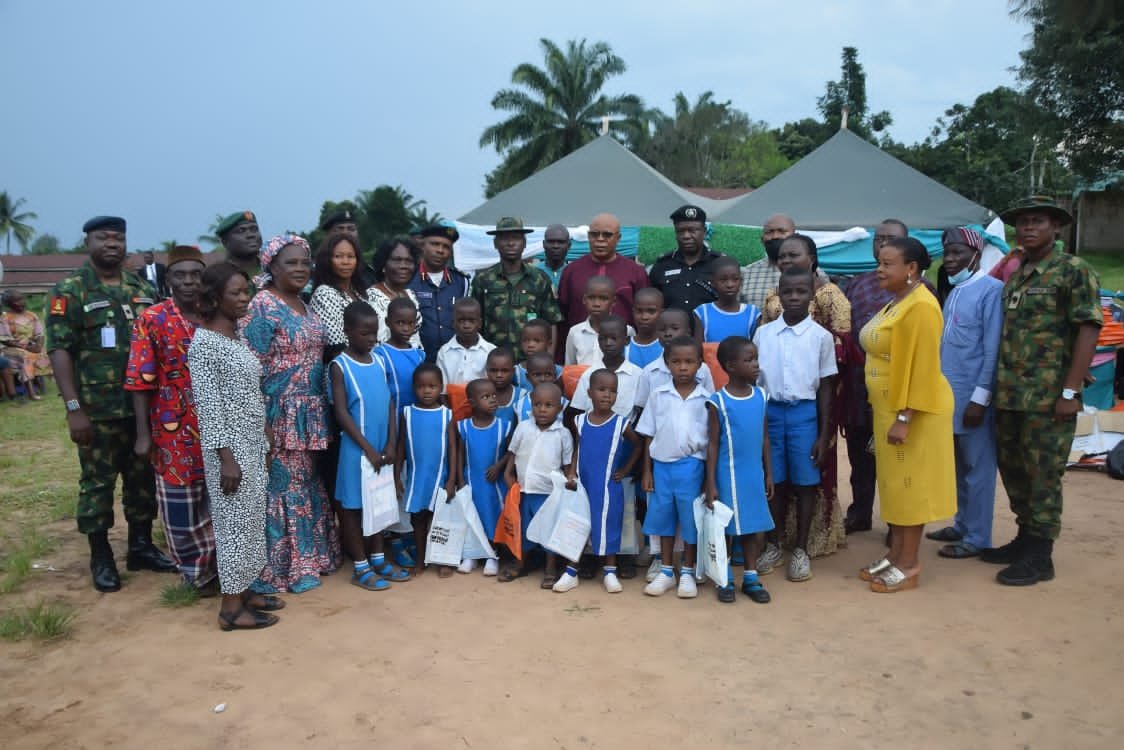 He added that, to win the hearts and minds of the populace, civil military cooperation activities such as distribution of educational materials is important.

Brig Gen Wabili enjoined the populace to cooperate with security agencies by giving timely and useful information on the hideouts of criminals in the State.

FG threatens to declare state of emergency in Anambra