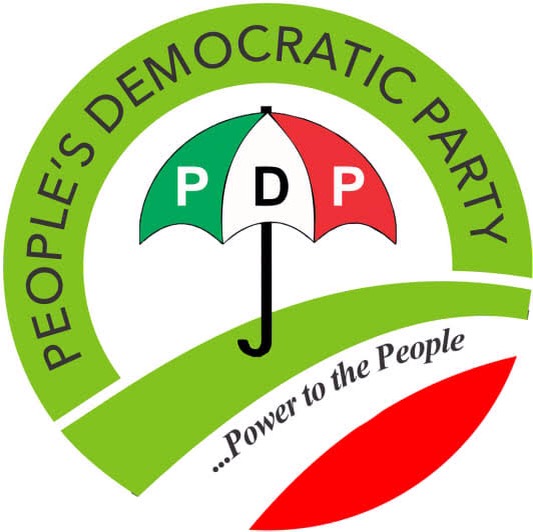 At a meeting which held at the National Headquarters of the party on Wednesday, some members of the NWC were said to have revolted against the National chairman.
The NWC members, mostly from the South, were said to have blamed Ayu for escalating the crisis.
Jungle Journalist learnt that some of the members are already working together to ask the chairman to resign and save the party from the crisis.
The meetings of the PDP governorship candidates with Atiku Abubakar at the weekend and another with Rivers state Governor Nyesom Wike on Tuesday were part of the efforts to stem the tide of the crisis.
The candidates were said to have asked Atiku to prevail on Ayu to leave honorably in the interest of the party.

Meanwhile the National Caucus of the party are presently meeting in Abuja and are also expected to weigh into the matter, before the NEC will take a final decision on Thursday.
The Caucus members are former presidents and vice presidents, Governors and former Governors, principal officials of the National Assembly, members of the Board of Trustee and National Working Committee, among others.
Among the early callers at the meeting holding at the Akwa Ibom lodge, Asokoro in Abuja were the Presidential candidate of the party;  Chairman of the Board of Trustees, Senator Walid Jibrin, Sokoto State Governor Aminu Tambuwal, His Bayelsa state counterpart, Douye Diri, Bala Muhammad of Bauchi, Benue deputy Governor of Benue state, Engineer Benson Abounu and Secretary of BoT, Adolphus Wagbara,

Others are former Vice-President Namadi Sambo, a member of the Board of Trustee (BoT) Bode George, former Governor of Jigawa Sule Lamido, former Minister of Police Affairs, Aminu Waziri and a former deputy Governor of Zamfara, Mahmood Gusau.
Daily Trust

You are a child in PDP, Ayu tells Wike; You will see confusion -Wike hits back

Why Fight Broke Out When PDP Southeast Received Atiku In Enugu

‘I had s*x with my aunt, sister, men, sacrificed my mom to further football career’