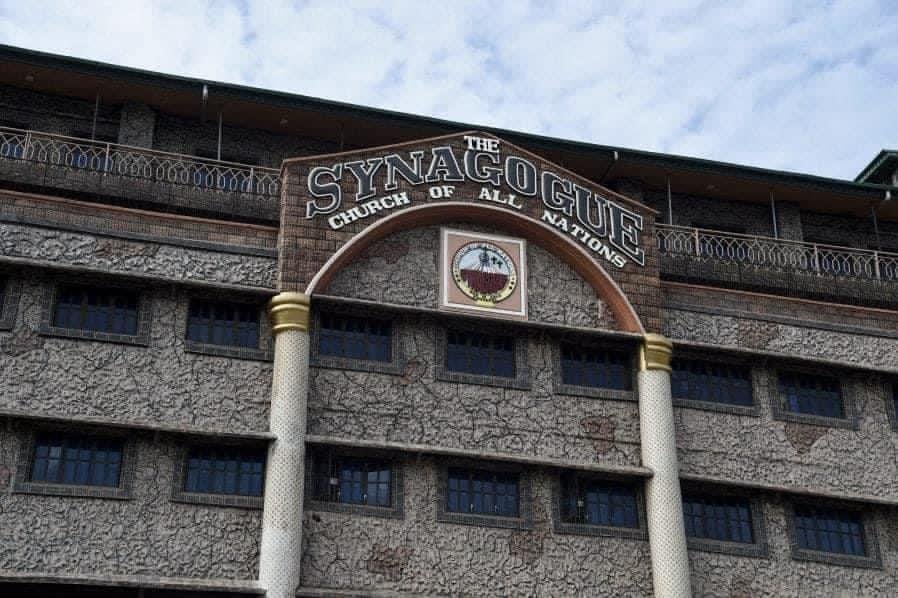 There are indications that the Economic and Financial Crimes Commission (EFCC) may have invited 20 disciples of the Synagogue Church of All Nations (SCOAN) for questioning over alleged financial fraud and diversion of funds left by the late founder of SCOAN, Temitope Balogun Joshua.

The invitees include Nigerian and foreign prophets and prophetesses of the church.

According to the letter of invitation sighted by The Guardian, yesterday, the church is expected to release them to report for an interview through the Special Investigation Team (STI).

The letter signed by EFCC’s Lagos State Zonal Commander, Ahmed Ghali, said the disciples are being investigated for allegedly syphoning funds and breaking of the church’s vault.

A source, who spoke in confidence with The Guardian yesterday, said the invitees include prophets from Nigeria, Mexico, South Africa, Senegal, who had been in close contact with the deceased prophet, are alleged to have emptied a vault of money located in the church since the passing of T.B Joshua, and also put up his private aircraft for sale.

“They have carried out huge fraud that has made many of them multi-millionaires since Baba’s death. Many of them are on the list of EFCC. They are up to 20. They seized the church immediately after the Prophet died in June and didn’t want his wife, Mrs. Evelyn Joshua, to be part of the church. They have made themself Overseers. They have established a governing council with some living in the prayer mountains. They went to the vault at night and used a Ghana-Must-Go bag to loot money. They also went to open the Emmanuel Global Network where they asked international partners to donate without the knowledge of Evelyn,” the source said.

The source revealed that contact information on four of the late T.B Joshua’s mobile phones was wiped off weeks after his death.

“T.B Joshua’s phones were seized by some disciples for some time and when Mama was asking for his phones and it became an issue they returned the phones to Evelyn and wiped out both the memory and contacts in the phone. They had worked with Baba over the years and they are Prophet and Prophetess and people who travelled a lot with Baba before his death. Some of them are 50 years of age and some were asked to go in the past.”

Meanwhile, the church has officially named the wife of the late T.B Joshua’s wife, Evelyn, as the new leader.

In a statement on its verified Facebook page, SCOAN said all church activities would be under the guidance of God and the leadership of Mrs. Evelyn.

It also urged members and followers to pray for Mrs. Evelyn as she takes on her new role.

“We urge you all to join us in prayers as we wish for God’s guidance and divine wisdom in her new God-ordained role. Mrs. Evelyn Joshua will shortly address the teeming members of The SCOAN and Emmanuel TV Partners who have waited so long for this new phase in the Great Commission,” the statement added.

Recall that there have been reports of the leadership tussle in the church following the death of TB Joshua. The alleged tussle had led to the eviction of some disciples of the late prophet from the church premises.

Following the forceful eviction of some disciples residing in the church at the weekend after Mrs. Evelyn was announced Chairperson, Board Of Trustee ( BOT), the church has said it was in the process to secure major assets of the church and for a comprehensive audit.

It was gathered that the leadership tussle began when concerned members of the church moved for Evelyn to be among the BOT, which was formerly occupied by T.B Joshua, his daughter, Promise, and a disciple, Joseph David.

A Federal High Court, Lagos has already appointed Mrs. Evelyn as a trustee of SCOAN based on a petition brought by concerned members of the church, represented by Mr. Kola Kareem and Mrs. Moji Oguntoyinbo against the Incorporated Trustees of the Synagogue Church of All Nations (SCOAN).

Also, a statement signed by a lawyer from the legal department of the church on Sunday, James Akhigbe, said there were no arrests and detention of some disciples by the newly appointed SCOAN Board of Trustees (BOT) Chairperson and leader of the church, Mrs. Evelyn. He appealed to the public and friends of the church to discountenance reports of alleged victimisation as it is a narrative conjured to discredit the church.