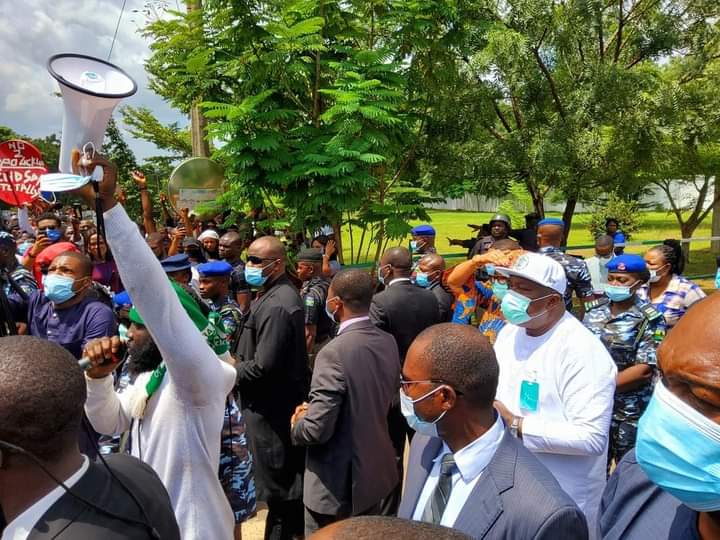 1
SHARES
12
VIEWS
Share on FacebookShare on TwitterShare on WhatsApp

Governor Ifeanyi Ugwuanyi of Enugu State, on Friday, addressed youths of the state who visited him at the Government House, Enugu, to press further their demand for the #EndPoliceBrutality in Nigeria.

Gov. Ugwuanyi who described the protest as a solemn moment for the country, called for prayers and a minute silence for the departed souls of victims of extra-judicial killings in the nation.

The governor, who was accompanied by his deputy, Hon. Mrs. Ezeilo, commended the protesting youth for their peaceful conduct and urged them to remain law-abiding.

He therefore promised them that his administration will intervene and look into their demands, accordingly.