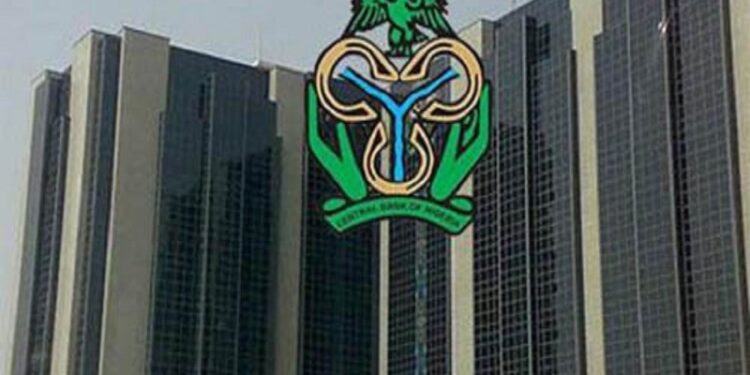 8
SHARES
81
VIEWS
Share on FacebookShare on TwitterShare on WhatsApp

Recently, an online platform posted a story that the Central Bank of Nigeria is set to scrap the Automated Teller Machine (ATM) cards.

What is an ATM card?

An ATM card is a payment card issued by a financial institution (i.e. a bank) that allows a customer to access cash through an Automated Teller Machine (ATM) as well as make approved point of purchase retail transactions (i.e. gas stations, grocery, hardware, department stores, etc).

Usually, ATM cards are payment are styled plastic cards with a magnetic stripe and/or a plastic smart card with a chip that contains a unique card number and some security information such as an expiration date or (CVV).

In Nigeria, interbank networks allow the use of ATM cards at the ATMs of private operators and financial institutions other than those of the institutions that issued the cards.

Checks by Daily Trust show that CBN did not at any point pronounce the scrapping of ATM cards despite the introduction of the domestic card scheme, which is supposed to take effect from January 16th, 2022.

Checks by Daily Trust also show that the explanation given by the bank for rolling out the domestic card scheme is to promote stability, inclusion, and growth in the financial and payment system.

The scheme, according to the CBN, will be delivered through the Nigeria Inter-Bank Settlement Systems (NIBSS) Plc, which is the country’s central switch, in conjunction with the Bankers Committee and other financial ecosystem stakeholders.

“The card scheme is also expected to foster innovation within the Nigerian domestic market, while enabling African and international interoperability, allowing banks and other institutions to offer a variety of solutions including debit, credit, virtual, loyalty and tokenized cards among others.

“Nigeria remains Africa’s largest and most vibrant economy and the pace of digitisation and innovation, alongside the expansion of mobile penetration and the proactive policy initiatives of the CBN have driven the accelerated adoption of digital financial services.

“Considering the strength and breadth of its banking sector and the rapid growth and transformation of its payments system over the last decade, Nigeria is ideally positioned to successfully launch a national card scheme,” CBN Director, Corporate Communications, Mr. Osita Nwanisobi, said.

He added that domesticating the card scheme would further enhance data sovereignty, enabling the development of locally relevant products and services and reducing demands on foreign exchange.

Daily Trust noted that if the card scheme is successfully launched in January, next year, Nigeria will join countries like India, Turkey, China, and Brazil which have already launched domestic card schemes.

How Domestic cards could work

Although the full details of its rollout and operations are still sketchy, checks by Daily Trust revealed that a national domestic card, just like other payment cards, could be used for cash transactions over Automated Teller Machines (ATMs) and Point of Sale (PoS) machines.

It is also expected to provide strong competition to the current biggest industry players, which are Visa, Verve and Mastercard.

Currently, Visa, Verve and Mastercard have dominated the card payment market in the country.

Although they are efficient, especially for international transactions, domestic cards are expected to better serve the unbanked market and increase competition within the payment landscape.

The cards are also expected to have the capacity to reduce Nigeria’s reliance on foreign-owned financial services companies.

But with direct participation in the market, CBN may disrupt the market structure and innovation by other players.

A card payment scheme is simply referred to as payment network that processes payments using debit and credit cards.

In other developed climes, financial institutions are not the only ones that require the services of a card payment scheme.

Any business that intends to issue cards to its customers may require these services. For example, a supermarket that runs a loyalty programme could issue cards to customers. However, these cards may likely be backed by a financial institution.

If the rollout comes into full force, it is set to disrupt the already existing giants – Visa, Mastercard and Verve – which use the three card payment systems used by financial institutions in Nigeria, but this could change by January 2023, when the CBN’s card payment scheme is expected to debut.

By launching a card payment scheme, Nigeria will join the likes of India, Brazil, and Turkey, all of which have domestic card payment schemes. RuPay, the Indian card payment scheme backed by the National Payments Corporation of India (NCPI), is already one of the largest card issuers in the country, with over 600 million cards issued by 1,100 banks in the South Asian country.

Already, the apex bank said the target of the new card scheme is to reduce the cost of operating cards in the country for both card issuers and customers.

In India, for example, banks that issue RuPay cards do not need to pay card registration fees, unlike when they issue Mastercard or Visa cards.

This has undoubtedly contributed to the card’s widespread acceptance in the 10 years since it was launched.

Also, with cheaper operating costs for banks, banks may reduce what they charge for issuing cards, which could encourage more people to use them.

For instance, Nigeria currently charges about N1,100 to issue debit cards, but this cost might drop.

Also, financial institutions may not have to deal with forex challenges as payments to the card payment scheme would be made in naira which, in the interim, will provide some respite as the country battles severe forex scarcity.

Conclusion: Checks by Daily Trust has ascertained that there was no point in time that the CBN hinted at scrapping ATM Cards, as such, the claim is False

This Fact Check is produced in partnership with the Centre for Democracy and Development (CDD), and first published by Daily Trust

WHO Recommends Use Of Facemasks As COVID-19 Resurges

WHO Recommends Use Of Facemasks As COVID-19 Resurges