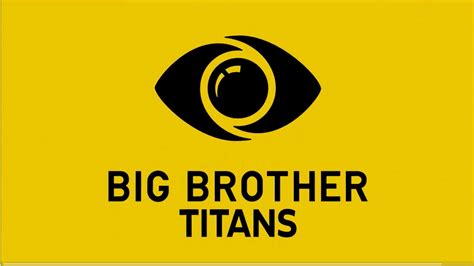 5
SHARES
53
VIEWS
Share on FacebookShare on TwitterShare on WhatsApp

The much-anticipated television reality show, Big Brother Titans, began with a lot of excitement on Sunday.

Unlike the usual Big Brother Naija format which features only Nigerians, and Big Brother Africa, which has housemates from across the continent, this particular show is open to only Nigerians and South Africans.

The first housemate to be unveiled was a 25-year-old South African female called Cossy. She described herself as a fun-loving, but also ‘serious’ person.

48m out of 93.5m eligible voters in Nigeria are youths – INEC

The second housemate to be unveiled was a Nigerian, Yemi Cregx. He stated that he was looking forward to learning more about South Africans in the course of the show.

The duo wasted no time in striking up a conversation. At a point, Cregx helped Cossy to adjust her wig; an action that resonated on social media, with many people posting about it.

Expectedly, there has been a lot of buzz about the show, especially as it is coming at a time when the country is preparing for general elections.

In a speech by John Ugbe, the Managing Director and Chief Executive Officer of MultiChoice Nigeria, the organiser of the show, he stated that due to the popularity of the show, it was practically inevitable not to pair Nigerians and South Africans in one house.

He said, “As two of the biggest economies in Africa, it was only a matter of time before something like this would come up. Just like there has been a clash of music genres such as afrobeats (Nigeria) and amapiano (South Africa), there was bound to be something of this nature.”

In the course of the show, there was also an announcement by the Independent National Electoral Commission educating Nigerians on the process of collecting their permanent voter’s cards.

Viewers were also treated to pictures of the expansive and well-designed house the contestants will call home for the coming weeks.

The reality show will run for 72 days (over 10 weeks). It also retains some of the Big Brother features, such as diary sessions, Head of House games, Friday night parties, and tasks.

It will be co-hosted by Nigerian, Ebuka Obi-Uchendu, and Lawrence Maleke, a South African.

Guests at the live screening of the show include Saga, Dorathy Bachor and Gerald (Nigerian Idol winner). Self-acclaimed Koko master, D’banj also performed at the event.